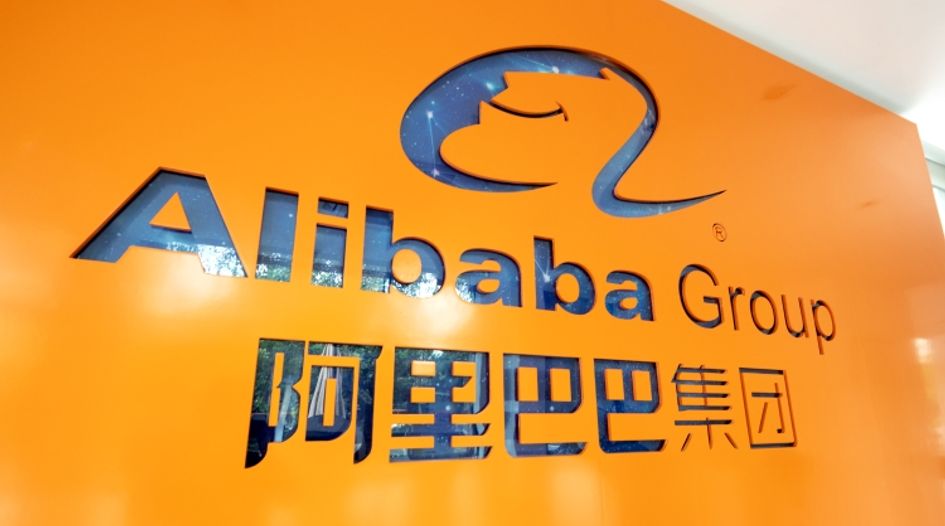 Every Tuesday and Friday, WTR presents a round-up of news, developments and insights from across the trademark sphere. In our latest edition, we look at the IP Office of New Zealand issuing a stark warning against misleading mislead invoices, $1.1 million worth of counterfeits stopped on Canada-US border, JPO opening registrations for a new IP platform for startups, and much more. Coverage this time from Trevor Little (TL), Adam Houldsworth (AH), Bridget Diakun (BD) and Tim Lince (TJL).

Task force stops $1.1 million worth of counterfeits from travelling across Canada-US border – A Global Trade Task Force has been launched in Detroit to halt illicit goods from crossing the Canadian-Michigan border. The team is led by US Immigration and Customs Enforcement and Homeland Security Investigations, but a number of other federal agencies are involved. “Operation Alliance” took place the week of February 24, and was the first time the task force teamed up. The purpose of the operation was to seize counterfeit pharmaceuticals which may be travelling through foreign mail, Canadian post, and rail. Some of the items seized in this crackdown included airbags and watches, but xanax laced with fentanyl was also found. Federal agents will continue to watch the Canadian-Michigan border as it is one of the busiest ports in the US. (BD)

China’s market regulator pin counterfeits as contributing to low drug and safety standards – As reported on The Straits Times, China’s market regulator has said that food and drug safety standards are not up to par, and a long-term solution which addresses fake goods is needed. Last year 1.29 million cases of counterfeits were dealt with by the regulating body. The country has experienced a number of issues in recent years, including an occurrence last July where thousands of children received defective vaccines for rabies, diphtheria and tetanus. (BD)

Alibaba reaches settlement cryptocurrency infringer – Chinese e-commerce giant Alibaba has reached an agreement with the ABBC Foundation, a Dubai and Belarus-based cryptocurrency company which had been using the name Alibabacoin. In US federal district court trademark infringement litigation, Alibaba accused the defendant of using its name to raise more than $3.5 million in Alibabacoins. ABBC Foundation, which has renamed its currency to ABBC coin, said it regretted any confusion caused by its previous use of the Alibaba name, according to Reuters. (AH)

Novartis loses appeal on Smartsurface contact lens trademark – Life sciences company Novartis has lost its EU General Court case regarding the registration of SMARTSURFACE as a European trademark for use relating to contact lenses. Its application was rejected by a EUIPO examiner in July 2017 on the grounds of descriptiveness, a decision upheld by the office’s Second Board of Appeal, which found that the mark would be interpreted as simply providing information about certain characteristics of the lens; namely that they had a degree of intelligence and respond to their environment. In the most recent appeal, the General Court dismissed Novartis’ arguments that the appeal board had erred in denying the distinctive character of the mark and had followed unfair procedures by introducing a definition go ‘smart’ which the examiner had not used and which Novartis had not been given the opportunity to respond to. (AH)

Hong Kong announces new IP director – In a newly-released press release, the Hong Kong IP office has confirmed that David Wong Fuk-loi will succeed Ada Leung Ka-lai as the registry’s new director of intellectual property. Wong Fuk-loi is currently an administrative officer at the office. The appointment will proceed on March 18, from which Leung Ka-lai – who has been IP director since May 2014 – will retire. Hong Kong’s Secretary for the Civil Service, Joshua Law, commented on the appointment: “Mr Wong has strong leadership and management skills as well as rich experience in public administration. I am confident that he will be able to lead the Intellectual Property Department to meet the challenges ahead and continue to deliver quality service to the community.” (TJL)

EUIPO confirms completion of 2025 Strategic Plan consultation – The EU Intellectual Property Office (EUIPO) has confirmed in a press release the end of a public consultation on its next strategic plan. Going forward, the registry will analyse the more than 60 contributions from the consultation, and it will “help shape the office and the IP landscape for the benefit of citizens and businesses in Europe and worldwide”. According to the office, the contributions provided nearly 3,000 ideas covering a variety of topics, including new technologies; innovative services for IPR owners; further cooperation for the convergence of tools and practices through sustainable networks; flexible and improved work processes and job policies; and improvements of the office’s infrastructure and sustainability. (TJL)

Swiss IPO warns against counterfeit goods – In a new blog post, the Swiss Federal Institute of Intellectual Property (IPI) has warned consumers from unwittingly buying fakes whilst shopping online. According to the office, the Swiss Federal Customs Administration (FCA) indicated in a recent report that there had been an increase in the past 12 months of consignments seized from both tourist and commercial traffic in Switzerland. On top of that, the number of counterfeit goods ordered online is also rising in the country. For that reason, then, the registry urged for more cooperation on a national and international level to combat the issue. (TJL)

IPONZ warns against misleading invoices – The Intellectual Property Office of New Zealand (IPONZ) has issued a stark warning about the “increasing amount of unsolicited or fraudulent IP protection, promotion or advertising services” being sent to users in the country. It states that any IP-related communication from anyone except the IPONZ, the World IP Organisation (WIPO) or a user’s appointed IP representative should be treated with extreme caution. The registry then published a number of example of solicitation scams that have been reported by users in recent months. Indeed, New Zealand has been particularly proactive when it comes to defending its users against such scams – back in 2016, the country’s Commerce Commission successfully reached an interim agreement with a trademark solicitation company to refund businesses that inadvertently paid an invoice for the publication of filed trademarks. Despite that success in New Zealand, solicitation scams continue unabated – even the wife of WTR’s editor received a solicitation letter this week, just two weeks after a trademark was applied for at the UKIPO. (TJL)

JPO opens registration to startup platform IP Base – The Japanese IP Office (JPO) has announced that it has opened registrations for its new IP portal website for startups, IP Base. The registry launched the portal in December 2018, with the aim of being “a site to be seen first” by startups and a platform for IP specialists to connect with SMEs. At launch, it provided content including knowledge about intellectual property, support and access to events for startups, venture capitals, accelerators and IP professionals. It was originally called ‘IP Knowledge Base for Startups’ but is now known simply as ‘IP Base’. Since opening its membership registration, the JPO states that IP Base has expanded its operations, including the launched of a members-only monthly email magazine and expert columns. In the future, there are plans to add an expert search function and the ability for online IP consultations. (TJL)

Mewburn Ellis appoints head of the European trademark team – According to a press release on Mewburn Ellis’ website, the firm is welcoming former CITMA president Kate O’Rourke as the new head of European trademark services. O’Rourke currently serves as Senior Counsel at Charles Russell Speechlys. She will join the firm as of 1 April 2019 and work out of the London office. (BD)

Barnes & Thornburg adds partner – Christina Baugh has been announced as a partner in Barnes & Thornburg's Atlanta office litigation department  An experienced commercial and intellectual property litigator., Baugh  advises clients on a variety of complex business disputes, including tort claims, insurance coverage matters and litigation spanning officer liability, shareholder, non-competition and property cases. She is admitted to the US Patent and Trademark Office, and handles trademark, copyright and patent matters. She represents small family owned-business, multibillion dollar corporations and international companies in the manufacturing, gaming and medical device industries, among others. She has successfully resolved intellectual property cases related to infringements, copyright rights, false advertising and design patent rights. She also currently serves as president-elect of the Georgia Association for Women Lawyers. (TL)