The Office of the US Trade Representative (USTR) has released its annual Special 301 Out-of-Cycle Review of Notorious Markets, in which it lists marketplaces which it claims are facilitating piracy and counterfeiting. The most notable new entrant this year was Alibaba Group platform Taobao, which returned after a four-year absence.

The USTR’s Notorious Markets List highlights online and physical marketplaces which reportedly engage in or aid substantial copyright piracy and trademark counterfeiting. Most websites on the 2016 list were included due to rampant copyright infringement, most often through file sharing or torrenting. However, several featured because of high levels of counterfeiting, including Chinese business-to-business platform GongChang, Vietnamese e-commerce platform Muaban and China-based domain registration company Nanjing Imperiosus.

In last year’s report, the USTR voiced its concerns about Alibaba’s enforcement programmes, but did not add any of its marketplace platforms to the list. However, this year Taobao was formally re-added, following scathing submissions from a number of trade associations. In its report – in which Taobao sits between two well-known torrent platforms – the USTR states that “rights holders in the United States and internationally continue to report serious challenges to reducing high levels of counterfeit and pirated goods”, adding that “longstanding obstacles to understanding and utilizing basic IP enforcement procedures continue unabated”.

Specific issues mentioned in the report with regard to Taobao include inconsistent refusals of IP infringement reports, takedown request denials containing little or no justification or guidance, and error messages which stall or prevent use of the IP complaints systems.

Within hours of the report’s release, Alibaba Group’s president, Michael Evans, released a statement in which he claimed that the decision to re-add Taobao ignored “the real work Alibaba has done to protect IP rights holders and assist law enforcement to bring counterfeiters to justice”. He further contended that “the more than 100,000 brands that operate on Alibaba’s marketplaces cannot all be wrong – they are a clear demonstration of the trust that rights holders place in us”. In a stinging criticism, Evans questioned “whether the USTR acted based on the actual facts or was influenced by the current political climate”.

Two days later, Alibaba Group announced the results of its latest Operation Cloud Sword. The anti-counterfeiting taskforce, which was active between April and July 2016, was a joint initiative from Alibaba and the Zhejiang Office on the Fight against IP Rights Infringement and Counterfeiting. Using data supplied by Alibaba about illicit activity on its marketplace platforms, the taskforce identified and targeted offline counterfeit product hubs, leading to the closure of 417 counterfeiting rings and storage facilities across 12 Chinese provinces and municipalities. The seized counterfeit goods covered 131 brands – including adidas, Converse, Nike, Philips and Starbucks – and were valued at Rmb1.43 billion ($205.6 million).

Following the operation’s perceived success, Alibaba announced that it plans to expand the taskforce into the more collaborative Cloud Sword Alliance, stating that it “not only wants to crack down on counterfeit goods on its platforms, it also wants to crack down on counterfeit goods for the entire industry and society at large”. To this end, it plans to expand Cloud Sword operations to other regions. 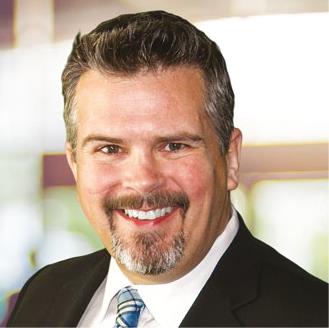 In the last couple of years, brands and the media have put much of their anti-counterfeiting focus on the Alibaba platform. That makes sense since it offers wholesale goods and has a customer base all over the world (including the United States). The unintended consequence of that focus is that it may have let Taobao run a little wild. Taobao is currently ranked the 11th most visited site in the world by Alexa. To put things in perspective, eBay – Taobao’s English-language equivalent – is ranked 31st. With the Chinese business-to-consumer and consumer-to-consumer markets growing exponentially each day, Taobao is now becoming the greatest online counterfeiting threat to brands. That is why we are seeing the focus shift.