adidas has won an important trademark victory concerning its well-known three-stripe mark. On May 4 2012 adidas was awarded an injunction and damages, as well as the court fee, against defendant Zul Achyar Bustaman for infringement of adidas’ three-stripe mark in Indonesia.

adidas brought the action on the basis of the Trademark Law 15/2001, under the sections on trademark infringement due to the unlawful use of a confusingly similar trademark. adidas’ three-stripe mark is registered in various forms, including as follows:

adidas’ three-stripe mark is registered in Indonesia and also been recognised as well known in other court proceedings in Indonesia (eg, the case between Adidas and Kim Sung Soo in the Jakarta Commercial Court, which was decided on June 14 2010), as well as in other countries.

The infringing shoe at issue in this case looked like this: 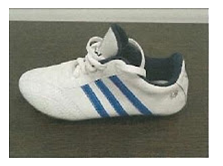 “The basis of the case is that the stripes on the defendant’s shoe look very like the adidas three stripes, and consumers will likely be confused. Indonesian trademark law protects against this, in conformity with international rules, such as the WTO Agreement. adidas is determined to take legal action to protect its rights and the Commercial Court made a good decision.”

The first hearing for the trademark infringement lawsuit was held on January 5 2012 and the decision was read in the Jakarta Commercial Court on May 4 2012 (four months for a civil infringement case is fast).

Civil infringement trials are rare in Indonesia and cases involving marks other than straight word marks are less common; therefore, this represents an important result for IP holders in enforcing graphic marks, as well as generally for using the civil court system.