The five-year-long dispute between adidas and Chinese sportswear company Adivon has come to an end by settlement.

Adivon was established in 2006 in the Fujian Province in China. Adivon is said to target the grass-roots population, offering products at a much cheaper price than those of the major foreign brands. Adivon reportedly has over 3,000 outlets all over the country and its sales figures in 2012 exceeded Rmb3 billion. Adivon uses the following logo, as well as the sign 阿迪王 as its trademark and trade name:

adidas’ Chinese mark is 阿迪达斯 - the first two Chinese characters are the same as those in Adivon’s 阿迪王 mark.

Below is a sample of Adivon’s marks (together with the tagline “Everything can change”) as shown on the Chinese website Baidu.com: 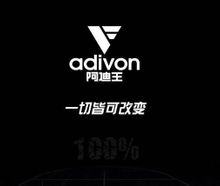 In August 2008 adidas filed an action against Adivon and others at the People’s Court in Yingkou City in Liaoning Province, alleging trademark infringement and unfair competition. However, it was reported last month (May 2013) that the parties had settled. Although the settlement agreement is said to be confidential, there have been media reports quoting various sources according to which Adivon must give up the Chinese mark 阿迪王 and its logo, but may continue to use ADIVON and the trade name 阿迪王.

This case illustrates the difficulty in dealing with copycats in China. Instead of directly copying famous brands, these copycats imitate another brand and add differentiating elements to render their marks distinguishable (by Chinese judicial standards) from the 'original' marks. This would explain why adidas had such difficulty revoking Adivon’s registration for 阿迪王, which was reportedly considered by the Chinese Trademark Review and Adjudication Board to be dissimilar to adidas’ 阿迪达斯. Without adidas' persistence in enforcing its mark, its dispute with Adivon might not have had a favourable outcome. Imitating famous foreign brands is a shortcut to succeeding in business in China - but as difficult as it might be to stamp out copycats, brand owners should always be alert and persistent, before the copycats manage to build up a strong brand of their own.

While adidas was leaving the battlefield (without being entirely successful, if the purported terms of the settlement reported in the press are true), on April 27 2013 the Shanghai court heard a lawsuit filed by Michael Jordan against a Chinese sportswear company, Qiaodan Sports Company Limited, for infringing his rights in his name.

'Qiandan' is the 'pinyin' (the standard transliteration adopted in China) of the Chinese characters '乔丹', which are the Chinese equivalent of 'Jordan', and Michael Jordan is commonly referred to as '乔丹' in China. In February 2012 Michael Jordan filed a lawsuit, which was accepted by the Shanghai court. However, the case was heard only in April this year, which was after Qiandan filed a lawsuit in the Fujian Province (in March 2013) requesting that Michael Jordan stop damaging its reputation. In this lawsuit, Qiandan sought financial damages in the amount of $8 million.

It is important to note that Michael Jordan does not have a trademark registration for 乔丹 in China, which is why he alleged infringement of his personal name rights, as protected by the General Principles of Civil Law.

At the hearing, Qiandan stated that it had chosen the name '乔丹' because it means "the grass and wood in the South". It argued that '乔丹' is not the name of Michael Jordan and is only the common Chinese translation of the ordinary surname Jordan. It also submitted that there are more than 4,600 Chinese citizens named '乔丹' and that the name '乔丹' does not belong exclusively to Michael Jordan.

Unlike Adivon, Qiandan is pirating a name in which another person arguably has rights. However, this does not mean that Michael Jordan will have an easier case - as demonstrated by the 2009 Viagra case. Pfizer’s Viagra was popularly referred to as '伟哥' (Wei Ge) (meaning 'big or great brother') in China. Pfizer claimed that '伟哥' had become an unregistered well-known trademark in China and sought to stop a Chinese company from infringing upon its mark, but failed on this ground. Although the facts of the two cases are not exactly identical, it will be interesting to see if the Shanghai court is prepared in the present case to recognise the popular use of '乔丹' to refer to Michael Jordan in China, which would give Michael Jordan rights in the name '乔丹' under the General Principles of Civil Law.