3D packaging for alcoholic beverage held to be registrable

The ever-thorny issue of the registrability of three-dimensional (3D) marks has been addressed once again by the Israel Trademark Office, this time in connection with trademark application No 238633 for the 3D packaging of an alcoholic beverage, filed on behalf of The Absolut Company Aktiebolag, as set out below: 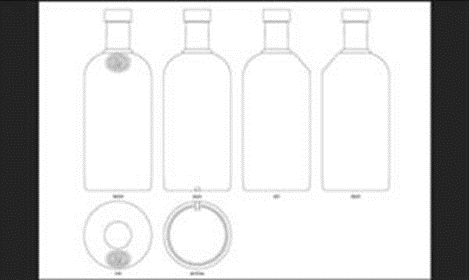 In addition, the affiant set out sales figures for the product. Having regard to this evidence, the commissioner removed the examiner’s refusal and approved the application for publication.

The Commissioner first noted that, while the criteria for registration of the shape of a 3D object had been established by the Israel Supreme Court, the criteria for the registrability of 3D packaging had not been conclusively addressed by the court. Against that backdrop, the commissioner stated that the current position of the registry is to examine the registrability of a 3D mark as any other mark would be examined. Here, the applicant did not claim that the mark was inherently distinctive; accordingly, the commissioner addressed only the issue of whether the mark had acquired sufficient distinctiveness for registration. He ruled that it had.

The commissioner focused on the following:

As for the length of use of the mark, the commissioner pointed to the fact that the bottle first appeared in 1979 and that its form had not changed in any material fashion since then. As such, the shape of the bottle “had contributed to its ability to be identified by the public, who had come to identify this shape with the applicant’s vodka product”.

As for the extent of promotion, the commissioner noted that since the launch of the product, the applicant had engaged in extensive promotional efforts, including numerous advertisements, articles in newspapers and over the internet as well as running various pointed promotional campaigns. These efforts also included Israel (although the commissioner did not provide any further particulars). Accordingly, the evidence supported the conclusion that the mark had acquired distinctiveness, separate and apart from any other forms of marking on the bottle.

The commissioner then considered whether the shape of the packaging materially influenced the functional or aesthetic features of the product. The commissioner described the packaging as "a pellucid, round bottle, bearing an embossed medallion on its front and a round, wide cap on top. As for functionality, the concern was that it “would prevent use of the same shape by competitors and thereby harm competition”. The commissioner ruled that this was not the case in the instant matter. He quoted with approval the US case of Jay Franco & Sons Inc v Frank (615 F.3d 855, 857 (7th Cir 2010)), which held that “if a design enables a product to operate, or improves on a substitute design in some way (such as by making the product cheaper, faster, lighter or stronger), then the design cannot be trademarked”. Based on this result, the commissioner ruled that, in the instant matter, “it is doubtful that the shape of the bottle would convey a utilitarian advantage over substitute designs”. Since the shape of the bottle is wholly commonplace, there is no ground to conclude that the shape derived from any substantial functional purpose.

The commissioner then considered whether the shape of the bottle was of such an aesthetic character that it would have the effect of attracting consumers for aesthetic reasons rather than treating the shape as a source indicator. The commissioner ruled that no such aesthetic features are present, describing the shape of the bottle as redolent of an old medicine bottle without any distinctive features that would attract a consumer for aesthetic reasons.

On the basis of the foregoing, the commissioner ruled that the mark would be accepted for publication.