On 12 July 2019 in Case T‑54/18, the General Court has annulled the decision of the Second Board of Appeal of the EUIPO by which the registration of a figurative EU trademark filed by the Italian company Fashion Energy Srl on 16 October 2019 for goods under Classes 9 (spectacles), 24 (household textiles and linen) and 25 (clothing, footwear, headgear), was rejected following opposition from the US company Retail Royalty Co. 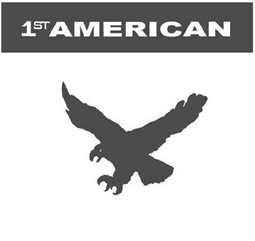 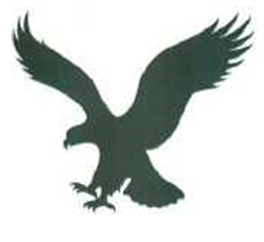 The Opposition Division of the EUIPO upheld the opposition in its entirety.

The applicant filed an appeal against the Opposition Division decision, which was dismissed by the Second Board of Appeal as it found that there was a likelihood of confusion within the meaning of Article 8(1)(b) of Regulation 2017/1001.

Following this decision Fashion Energy Srl filed an appeal with the General Court to annul the contested decision.

Following the appeal, the General Court found that the goods and services at issue had an average degree of similarity, namely under “spectacles” with “retail store services for sunglasses”, “robes” and “household textiles and linen” and, therefore, confirmed the findings of both the Opposition Division and the Second Board of Appeal.

With regard to the trademarks, the General Court noted that the earlier mark was a figurative mark consisting of a pictorial representation of a bird, probably intended to be an eagle, spreading its wings upwards and with its beak and claws open. The second mark was described as having a figurative element representing a bird, which could be described in the same way as the earlier mark, with the additional verbal element ‘1st AMERICAN’ on a black rectangle above the bird.

The Second Board of Appeal held that the pictorial representation of the eagle in the earlier mark was distinctive and that the figurative element had an independent distinctive role within the mark. It held that the verbal element of the second mark had a weak distinctive character since it was composed of an element describing the origin of the goods, ‘AMERICAN’, and of a laudatory element, ‘1st’.

The General Court underlined that, according to case law, where a trademark is composed both of verbal and figurative elements, the former is, in principle, more distinctive than the latter, because the average consumer will more readily refer to the goods in question by quoting their name rather than by describing the figurative element of the mark (see Honda Motor Europe v OHIM (MAGIC SEAT) (Case T‑363/06), Paragraph 30, and Coca-Cola v OHIM (MASTER) (Case T‑480/12), Paragraph 49).

The relevant factor for the purposes of disputing the distinctive character of an element is its actual presence on the market concerned and not its having been entered in registers or databases (see Figurative mark representing a member of the cat family jumping to the right (Case T‑113/16), Paragraph 55 and the case law cited).

Even if the applicant had listed a certain number of registrations of EU trademarks, such a list of registrations does not allow – in the General Court’s view – for the actual and frequent use of the eagle in the clothing sector.

As regards a composite mark, any distinctive character may be assessed, in part, in respect of each of the terms or elements taken separately; however, in any event, the assessment must be based on the overall perception of the trademark by the relevant public and not on a presumption that individual elements devoid of distinctive character cannot, on being combined, present such character.

The mere fact that each of those elements, considered separately, were devoid of any distinctive character does not mean that their combination cannot present such character (See Progust v OHIM (IMPERIA) (Case T‑216/11), Paragraph 45 and the case law cited).

In the General Court’s view, the Board of Appeal did not undertake a global analysis of the verbal element ‘1st AMERICAN’ of the mark. The fact that the elements ‘1st’ and ‘AMERICAN’ may each have a weak distinctive character did not prejudge their possible distinctive character or meaning when they were combined.

In the General Court’s view, the verbal element constituted a whole since the elements ‘1st’ and ‘AMERICAN’ were written side-by-side on a black rectangle placed above the representation of an eagle.

Thus, the Second Board of Appeal did not assess the distinctive character of the ‘1st AMERICAN’ element as a whole, but separately; in the General Court’s view, this error was liable to vitiate its entire assessment in its decision. Therefore, the General Court annulled the board’s decision.