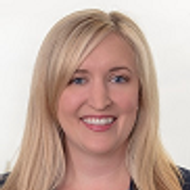 The new regulations put in place by the Trademark Modernisation Act are expected to issue in November 2021, with the new procedures and protocols going live in mid-December, and anticipation is mounting as trademark owners and IP lawyers wait to learn the rules of engagement.

Signed into law on 27 December 2020, the Trademark Modernisation Act is required to go into effect by no later than 27 December 2021, and the USPTO is very busy with their rollout. Under the act, the USPTO must provide regulations and implement new procedures including ex parte expungement and re-examination proceedings to cancel marks not in use, and updated letter-of-protest procedures. The proposed rules published in the Federal Register on 18 May 2021, and the USPTO held public roundtables in May and June. Public comments on proposed rules closed on 19 July 2021. Due to the compressed timeline, there will not be a publication and comment period on the final rules before implementation.

In a recent panel commissioner for trademarks, David S Gooder, advised that the influx of new applications, while partly due to an influx of foreign applications, is also down to the entrepreneurial spirit of Americans. Individuals and small businesses led the way for US applicants, filing the overwhelming majority of new applications originating in the United States, with clothing and pet toys both proving popular categories. The vast majority of trademark holders own 10 or fewer trademark applications or registrations. Due to the influx of new applications, initial examinations are now taking place six months post-filing in many cases, with delays also occurring in examining responses to office actions, and even processing at the post-registration division.

The USPTO has a task force in place to help enforce compliance with rules, including the requirement that foreign applicants retain US counsel. Unfortunately there are still attempts to work around this rule, with instances of applicants signing an attorney’s name on an application without permission, and also suspicious activity by some US lawyers, including attorneys filing thousands of applications per year on behalf of foreign applicants without having reviewed those applications thoroughly, or attorneys even providing permission for those applicants or firms to use their signature. While the task force and individual examining attorneys are looking out for this type of activity, the USPTO indicated that practitioners that encounter these activities can also report them to the Office of Enrollment and Discipline for further investigation.