WTR 1000 2021 available now; Coca-Cola joins corporates calling for diversity; behind the scenes at Philip Morris International; and much more

We took a closer look at a new app designed to appraise the resale of designer handbags and revolutionise the second-hand market. But experts warn that it could create opportunities for counterfeiters. Read more

In the first of a two-part series, Wanhuida Intellectual Property partners Huang Hui and Paul Ranjard outlined the biggest decisions on trademark refusal, oppositions and invalidations on relative grounds to be handed down in China in 2020. Read more

Continuing our two-part overview of key decisions in China over the past 12 months, Hui and Ranjard explored rulings on revocations for non-use and those illustrating the rising levels of financial compensation awarded by the courts. Read more

Tuesday’s news stories considered the impact of the coup in Myanmar on trademark operations, a joint EPO-EUIPO report showing the benefits of owning IP rights (especially as an SME), Under Armour’s dropped NFL licensing deal, and much more. Read more

Electronic Arts revealed plans to revive its popular EA Sports college football video game franchise without student-athlete names, images and likenesses. As the focus on the National Collegiate Athletic Association’s rules intensifies, we asked whether things could change before the relaunch. Read more

In exclusive comments to WTR, Clubhouse Ltd CEO and owner of registered trademark CLUBHOUSE Alexander Frederiksen voiced frustration that his app has been removed from stores, characterising Apple and Google as “gatekeepers above the law”. Read more

With the covid-19 pandemic continuing to disrupt IP operations around the world, the Hong Kong IP Office announced that its public service counter will reopen on set days of the week, while the Slovakian office introduced further closures. Read more

WTR caught up with Hernan Albamonte, Philip Morris International’s head of illicit trade prevention for the United States, to hear how the company is tackling IP infringement and illicit trade in all of its guises. Read more

We examined a new research paper that claims use of the term ‘consumer’ in trademark law is causing linguistic bias that could be defining the public in a “patronizing, biased, insulting and indulgent” manner, and urges lawmakers to rethink use of the ‘derogatory’ label. Read more

The 2021 edition of the WTR 1000 went live on the WTR platform. Now in its 10th year, the publication identifies the leading trademark practitioners and firms from around the globe and has firmly established itself as the definitive ‘go-to’ resource for those seeking legal trademark expertise. Read more

Coca-Cola has become the latest company to publicly detail the diversity, inclusion and belonging commitments that it expects of law firms in its external network. Saturday’s opinion piece predicted that it will be far from the last to do so. Read more 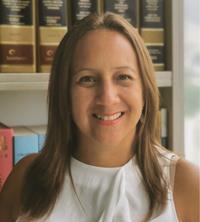