Every Tuesday and Friday, WTR presents a round-up of news, developments and insights from across the trademark sphere. In our latest edition, we look at the Australian IP offices releasing its annual report, research which finds consumers are quick to “dump brands”, LL Cool J prevailing in a trademark dispute, a rapid growth of Chinese IP infringement cases, and much more. Coverage this time from Trevor Little (TL), Adam Houldsworth (AH), Jonathan Walfisz (JW)  and Tim Lince (TJL).

INTA celebrates World IP Day with a flourish of events globally – The International Trademark Association (INTA) has publicly endorsed World Intellectual Property Day with several corporate showings. Today, INTA will be represented at events in Rio de Janeiro at the regional office of the World Intellectual Property Organisation (WIPO), Brussels at a panel on the role of IP, and in Yangon at an event organised by the Myanmar Intellectual Property Proprietors’ Association. Next week (29 April), INTA is co-organising an event with the US Patent and Trademark Office (USPTO) on Capitol Hill. All the events will focus on the theme of this year’s World IP Day: “Reach for Gold: IP and Sport” recognising IP’s essential role in sports innovation and branding. (JW)

USTR releases Special 301, slams China for “failure” on IP reform – Earlier today, we reported on the Office of the United States Trade Representative (USTR) releasing its latest notorious markets list, wherein Alibaba’s Taobao platform was included for the third consecutive year. On the same day, the USTR also released its latest Special 301 Report, which assesses the effectiveness of IP protections in countries around the world – and highlights areas that it sees of major concern. On the Priority Watch List this year are China (the report noting an “urgent need for fundamental structural changes to strengthen IP protection and enforcement”, including around counterfeits), Indonesia, India, Algeria, Kuwait, Saudi Arabia (“further deteriorating IP protection and enforcement within its borders”), Russia, Ukraine, Argentina, Chile and Venezuela. On top of that, countries with insufficient border protection to stop fakes were highlighted, which included Brazil, Colombia, Hong Kong, Nigeria, Paraguay,  Singapore, Thailand, Turkey, the UAE and Vietnam. Of course, for practitioners tackling IP infringement on the ground, the countries identified by the USTR will probably come as no surprise. Nonetheless, the Special 301 is a handy, concise roundup of key IP challenges that many jurisdictions must overcome. (TJL)

Research suggests trace metal tests may help identify fake watches – Swiss academics at the University of Lausanne, in collaboration with the Federation of Swiss Watch Industry’s anti-counterfeiting team, have found that genuine and counterfeit watches can be identified by profiling the elemental composition of the metal in the timepieces. Analysing a sample of 35 watchcases using inductively coupled plasma spectrometry, researchers found that they could distinguish fakes from genuine articles by their compositions, a technique that produces data which could also help to identify the source of the fake items and the links between them. (AH)

IP Australia releases its annual report – Released to the public today, the Australian IP office’s annual report details a “record year for trademark and design applications”. Trademark applications reached a record level of 79,490, a 4% increase on last year’s record-breaking number. The growth was the result of an increase in non-residential filings by 11%, with China recording a 27% increase in applications. Resident applicants remain the majority despite a minor 1% decrease since last year. More records were broken in design rights applications as they have consistently grown since 2014 registering 7,816 applications in 2018. The report has been released today concurrently with World IP Day, with Terry Moore, IP Australia’s acting director general, remarking: “A healthy IP system is one sign of a strong economy. This can be tracked through IP’s relationship with innovation and entrepreneurship trends and I am pleased that our IP Report helps highlight these trends in Australia”. (JW)

Consumers “quick to dump brands” – According to new research from Freshworks, modern consumers are demanding “flawless service” from brands, and will quickly move on to others if they don’t get it. The study reveals that 56% of individuals have “stopped doing business with a brand or changed over to a competitor after a single bad experience” in the last 12 months – with US consumers found to be most likely to ditch brands, at 69%, while French shoppers were least likely to drop a brand following a single bad experience (at 40%). Furthermore, those negative experiences from brands are most likely to come from email, followed by telephone, mobile apps, and live chat – with common annoyances from brands being long waits for customer service and rude representatives. The study highlights that, in the world of brand affinity, consumers can be fickle beasts. (TJL)

Kuwait is upping its IP protection game – The US intellectual property attaché for the Middle East and North Africa (MENA), Peter Mehravari, spoke about the increased value the Kuwaiti government was placing on IP protection in the country. The Arab Times Online reported that Kuwait was recognising that Kuwaiti inventors were being stifled and shying away from introducing their products to their home markets for lack of protections. “If you want to see an innovative company bring its products to Kuwait, then Kuwait needs to have a competitive advantage when it comes to protecting the investment by that company”. In order to compete globally, the country is working to create new copyright draft laws with the support of the US “by joining two important international treaties related to copyrights and the digital space”. (JW)

LL Cool J wins music festival trademark dispute – The American rapper LL Cool J has prevailed in a US trademark infringement lawsuit against the Rock The Bells music festival, which shares a name with a track from 1985 album, ‘Radio’. The musician filed the suit in November 2018, having previously sought to cancel the festival promoter’s 2004 trademark registration and domain right to “Rock the Bells” and “rockthebells.net”. It has been reported that a federal judge in California has now decided the rapper is the “exclusive owner” of the trademark, and that that the festival must stop using the name unless it reaches a licensing agreement with him. All items bearing the mark must be handed over ot destroyed by May 10. JJ Cool J has also gained control of the festival’s domain name. (AH)

Rapid growth in Chinese IP cases year on year – Chinese courts saw 334,951 Intellectual Property rights cases in 2018, a 41.2% increase from 2017. A white paper published by the Supreme People’s Court detailed the changing culture around IP protection, China Daily reports. Courts settled a total of 319,651 IPR cases over the year, with 30% of the cases handled relating to internet properties. A senior IP researcher at the Chinese Academy of Social Sciences, Li Shunde, said: “The growth is inseparable from the regions’ economic strengths and potential.” The Supreme Court has approved 19 tribunals across as many cities specialising in IPR to improve the efficiency of handling such cases across the country. (JW)

City of Shenzhen releases IP figures – The city of Shenzhen in south China has released new figures on intellectual property that should be on the radars of brand owners. According to Xinhaunet, law enforcement in the city investigated 1,224 IP infringement cases in 2018, with 1,082 closing. The figures suggest a renewed crackdown on infringement in a city often regarded as a haven for counterfeits – indeed, it is so pervasive that the TripAdvisor page for one of its largest shopping centers, Luohu Commercial City, openly discusses that it is “six floors of fake goods from watches to handbags, clothes perfumes pens... everything”. Nonetheless, with over 1,200 IP infringement cases in just one Chinese city last year, rights holders will be hoping it has made a dent in the production and trade of fakes. (TJL)

KIPO to “go global” – In an interview with the Korean Herald, Korean Intellectual Property Office (KIPO) commissioner Park Won-joo has vowed that Korea will take its IP system “global” after signing a memorandum of understanding with Saudi Arabia. “We plan to expand the scope of our global IP export to countries such as those in ASEAN, India, and Brazil, where Korean businesses have been actively entering markets, based on the successful deals we have made with the Middle Eastern nations,” he stated, noting that the memorandum – reportedly worth over $3 million – will kickstart the expansion of a “Korea-friendly IP ecosystem”. Furthermore, he claimed that cooperation with Middle Eastern nations allows the creation of a “standard rulebook” for IP partnerships that can be customised for “potential global partners”. What is clear in the interview is that the KIPO has some ambitious plans in the future – time will tell whether they pay off. (TJL)

Counterfeiters are increasingly taking to Instagram – A research team for Ghost Data identified 56,769 accounts touting counterfeit luxury products such as shoes, handbags, clothes, and sunglasses. This is up from the 20,882 accounts found in research conducted in 2016. Posts have increased dramatically with 65 million published compared to 14.5 million in 2016. Roughly 15% of posts with the hashtags #Gucci or #Dior were published by counterfeiter accounts, a startling figure, the report finds. The research coincides with Instagram’s release of a dedicated payment system, allowing brands to sell directly to customers through the app. Instagram has responded stating they are allocating “more resources to a program that allows intellectual property rights owners or authorised representatives of brands to report counterfeit content for takedown”. (JW)

Schulte Roth & Zabel hires new IP head – US law firm Schulte Roth & Zabel has welcomed Edward Sadtler as its new head of its IP, sourcing and technology practice group. Former Kirkland & Ellis partner Sadtler brings a host of IP licensing and M&A experience to the financial services sector boutique. He will be based at its New York office. (AH)

USTR finds replacement for general counsel position – Stephen Vaughn announced his departure form the United States Trade Representative after two years in the role. Replacing him will be Joseph Barloon. Vaughn was appointed to the USTR general counsel position by President Trump in March 2017. Working as the general counsel to the USTR Robert Lighthizer, Vaughn represented United States Steel Corp in the ‘Section 301’ investigation into China’s trade and intellectual property practices. Barloon is a partner at Skadden Arps, a Wall Street firm where both Lighthizer and Vaughn previously worked. However, he comes more from a background in the financial service sector instead of trade law. (JW) 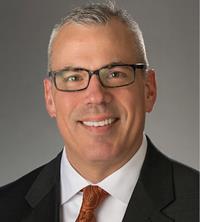