As World Cup gets underway, brands jostle for limelight and authorities prepare for ambush

The 2018 FIFA World Cup gets underway in Russia today, and major brands – sponsors and non-sponsors alike – have already kicked off efforts to benefit from the buzz surrounding the tournament. Meanwhile, the authorities have commenced policing for infringement, with the Federal Antimonopoly Service having commenced cases centred on the misuse of FIFA’s marks.

As with all tournaments, FIFA has issued a lengthy document outlining the rules related to use of the organisation’s marks – including guidance on how to benefit from the interest generated by the tournament without creating an unauthorised association. For example, in terms of advertising and marketing, non-sponsors are not permitted to use the tournaments official trademarks or use tickets for promotional purposes. While general football or country-related in-store decorations are permitted, use of the marks on these would be stepping over the line. Similarly, merchandise bearing general football or Russia-related terms are permitted (use of official marks on goods is again “strongly discouraged”).

However, in terms of educational outreach on the rules by authorities, those on the ground report that this has been low key. We reached out to Rouse’s Stuart Adams, who splits his time between London and Moscow, and his Russia-based colleagues Elena Kulakova and Nikolay Leshkin. Adams observed: “There has been a little educational effort, but not much. Some federal authorities (such as the Federal Antimonopoly Service) and regional authorities (such as local offices of Prosecutors in the regions) made official announcements on their webpages, and some arranged meetings with media organisations in order to warn business about consequences of illegal use of FIFA marks. But when asked, most of my colleagues weren’t aware of anything, so the efforts made appear to have been pretty limited.”

Despite this, to date there have been few reports of ambush marketing. Usually in the run-up to World Cup tournaments there are tales of such efforts, as well as media coverage of how the authorities are stepping up efforts against counterfeiters. This year such coverage has been notable by its absence.

Adams notes that there have been a few cases initiated by the Federal Antimonopoly Service (FAS) in regards to illegal use of FIFA marks, which the authority considers as unfair competition. He expands: “In the most recent case, last week, the local office of the FAS in Moscow announced that the authority considers activities undertaken by Oriflame and Faberlic as unfair competition. Oriflame used Cyrillic marks for “World Cup 2018” and “WC 2018” on their website and catalogues. Faberlic posted on their website information about a lottery to obtain tickets to the World Cup. The FAS will arrange prosecution according to the Code of Administrative Offences, which means that both companies will likely be fined. But I think this is straight infringement/unfair competition rather than ambush marketing.”

As to anti-counterfeiting efforts, while there has not been a lot of media attention, the Rouse team reports that the police authorities are paying more attention to goods bearing FIFA’s marks, with a specific campaign having been launched. Adams notes that the authorities are “generally very good” at reporting suspecting infringing products to rights holders but adds: “Subsequent enforcement is (inevitably) not immediate, as evidence has to be collated and bureaucratic hoops jumped through. It will be very interesting to observe any change in practice during the tournament in favour of enforcing FIFA’s rights, and those of the sponsors, as against others.”

Of course, the above relates to infringing activity and in the past brands have proven canny at using the buzz surrounding the tournament to generate brand exposure while not crossing the line. In the run-up to the 2014 World Cup in Brazil we examined how that Nike’s sponsorship of leading players had resulted in significant media discussion of the brand, despite its non-sponsor status. The company has again launched campaigns featuring football imagery (as the screenshot below illustrates, it’s website has placed leading football players front and centre) and will benefit from a number of teams – including Brazil, England, France, Australia, Portugal and South Korea – wearing its kit during matches. Prior to the tournament, the company also benefitted from its association with the Nigerian team, the Nike-designed kit selling out globally on day of release and generating headlines proclaiming Nigeria the “most stylish” team in the tournament.

Elsewhere, non-sports brands are also getting in on the act, with Adams highlighting a campaign by Subway. “They haven’t mentioned FIFA or the World Cup, but they have made strong references to football and used the motto ‘Feint in your own way’. The campaign is supported by ads on public transport and billboards.”

Less visible locally are Chinese brand sponsors. While some long-term sponsors, including Sony and Johnson & Johnson, pulled their official support of the tournament in the wake of the FIFA bribery and corruption scandal,  a number of Chinese companies have stepped in to fill the void (the line-up of Chinese sponsors includes the Wanda Group, Vivo, Mengniu Group and Hisense).

The Guardian reports that, when the tournament kicks off later today, fans will see a seven-minute advert for the Mengniu Group’s inner Mongolian milk and drinkable yoghurt (the commercial will air during all 64 games in the tournament). Meanwhile, its products will be available to spectators, the company securing the exclusive rights to sell sweet treats, including yoghurt drinks, in the stadiums. When the deal was announced, Mengniu Group CEO Jeffrey Lu stated: “Thanks to our sponsorship of the FIFA World Cup, we have an opportunity to reach an even bigger global market and, more importantly, to showcase the Chinese dairy industry to the whole world. This is not only a proud moment for Mengniu, but also for the Chinese dairy industry as a whole.”

Of course, Russian company sponsors have been more proactive. Telecoms provider Rostelecom, for example, has published online advertisements related to the World Cup, while others – such as Alfa-Bank – have been leveraging the sponsor benefit of being able to run ticket competitions.

According to Nielsen Sports Research the value of World Cup sponsorship revenue has fallen between the Brazil event in 2014, and this year’s tournament. However, the tournament remains big business and non-sponsors will be keen to leverage the buzz that is generated by the event over the next month. While reports of ambush marketing and anti-counterfeiting actions have been notable in their absence in the run-up to the event, it would not be a surprise if that changes once the games are underway and the resulting excitement reaches fever pitch. 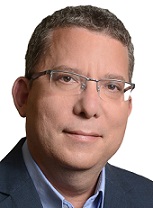