Every Tuesday and Friday, World Trademark Review presents a round-up of news, developments and insights from across the trademark sphere. In our latest edition, we look at trade associations calling for greater clarify over rules of origin, the CEO of a US cheese company slamming the EU’s GI regime, how counterfeit stores are spreading to smaller Chinese cities, how Nike’s controversial new ad campaign may have damaged the brand, and much more. Coverage this time from Trevor Little (TL), Tim Lince (TJL) and Adam Houldsworth (AH).

New Zealand business look to China opportunities at NZBTIC launch – This week in Shanghai, World Trademark Review attended the formal launch of The New Zealand Business Roundtable in China (NZBRiC). The platform aims to advocate for the interests of, and on behalf of, New Zealand businesses operating in China, with Kevin Parish, board chair, adding: “The NZBRiC will also provide a regular forum for New Zealand business to share experience, opportunities and challenges for their continuing China operations, growth strategies and new value creation.” Zespri, Fonterra, Primary Collaboration New Zealand and KEA NZ are among the founding board members of the NZBRiC, with other members including Air New Zealand, China Skinny and Vista Entertainment. The New Zealand government acts in an advisory role on the board through ex officio representatives from the Ministry of Foreign Affairs and Trade, New Zealand Trade and Enterprise, Tourism New Zealand and the Ministry for Primary Industries. Tapping into the strengths of ‘brand New Zealand’, and sharing best practice, the initiative highlights the benefits that can accrue when companies adopt a collaborative approach to market entry and expansion. (TL)

Trade associations call for greater clarity over rules of origin – The heads of two European trade organisations, EuroCommerce and Amfori, have warned that unclear and complex ‘rules of origin’ are making it difficult for European companies - especially small and medium sized entities - to take advantage of global trading opportunities. Rules of origin are rules which determine the national origin of a product for the purposes of international trade. Those rules differ from country to country, and under the terms of the various bilateral trade agreements that the EU has entered in recent years. Speaking yesterday at a conference in Brussels, Christian Verschueren, director general of EuroCommerce, said: “Even the most beneficial trade agreements have little effect if the rules of origin are too complicated. There is definitely something wrong when small companies, but also some big enterprises prefer to pay import duties rather than dealing with a set of different rules of origin. There is an urgent need for a modernised system which recognises that we are operating in a world of global supply chains, where complex products are made up of parts from all over the world.” Amfori president Christian Ewert echoed this, saying: “amfori and EuroCommerce have been saying for many years that origin rules need to be simplified, harmonised – ideally at the global level – and regularly updated, so that they properly reflect modern global value chains. This should include wider rules for cumulation and less stringent rules for granting preferential origin. Without these improvements there is a definite risk that the benefits of trade agreements will continue to be only partially adopted and even a risk to the future of new trade agreements entirely.” (AH)

Wine and weed media titles in ‘Spectator’ trademark dispute – M. Shanken Communications, publisher of Wine Spectator, has issued a trademark infringement complaint against marijuana review website Weed Spectator. The complaint claims that Weed Spectator is using a “100-point scale similar to Wine Spectator‘s when reviewing cannabis products, while its website and social media pages bore a “striking similarity” to the wine publication’s”, according to The Drinks Business. It further wanted to distance itself from the content on Weed Spectator, by stating: “M. Shanken has no interest in associating Wine Spectator and the Wine Spectator marks with cannabis, a largely illegal drug. Any association of this type is likely to tarnish the reputation and goodwill that has been built up in the Wine Spectator marks and business for decades, resulting in dilution of the brand.” The complaint has sparked debate about use of the term ‘Spectator’ on social media, with some claiming its a popular word used by media titles and, as such, shouldn't be allowed registered trademark protection. On the other hand, if the logos and website do bare a similarity, then Wine Spectator has rights to protect its intellectual property. (TJL)

Satori boss pans geographical indications in column – The CEO of US cheese company Satori Co, Jim Satori, has slated the European Union’s geographical indication system in a guest column in the latest update from the Consortium for Common Food Names (CCFN). Wisconsin-based Satori Co sells a number of cheese products including a Sarvecchio Parmesan and Dolcina Gorgonzola, as well as Tuscan Blend and Sicilian Blend reserve cheeses. Due to the EU’s GI regime, Satori has had hurdles to overcome to sell some of its products in Europe and other countries due to EU trade agreements. In the column Satori blasts the EU’s position on GIs, stating: “Many of us in the United States and other countries have spent years developing markets for the products that consumers have grown to recognise and love. But the EU has been aggressively attempting to chip away at that success, which my family and many other producers have created. [...]  The EU has been attempting to elbow in on our use of generic terms through the US trademark system.” The column is a reminder on the striking difference of opinion on geographical indications in Europe and the United States. In the next issue of World Trademark Review, we will be publishing a debate between CCFN and oriGIn (which campaigns for more effective legal protection and enforcement for GIs). It is not to be missed. (TJL)

Counterfeit stores spread to third- and fourth-tier Chinese cities – A recent blog on The Fashion Law highlights the challenge posed by counterfeit stores in China to many of the world’s most prestigious luxury brands. The phenomenon of fake stores in the country is not new, it notes; an sophisticated imitation Apple store in Beijing was closed down by authorities last year. But counterfeit shops knocking off famous brands are increasingly being opened in smaller China’s third- and fourth-tier cities. The blog cites the example of a ‘Loius Vuitton’ store being opened in Renhuai. It suggests that the failure of the prestigious brands to open shops outside the country’s largest cities has left consumer demand unsatisfied in other regions, creating a market gap for brand imitators to fill. A Louis Vuitton source is quoted as saying: “We often find fake shops like these. However, the size, in this case, was surprisingly big. They try to avoid a lawsuit by slightly changing the name, but that’s usually a hopeless strategy in court, so they disappear if they’re found.” (AH)

POTUS enters Nike ad campaign debate – On Tuesday’s round-up, we wrote about how Nike is embroiled in a political firestorm over its decision to have former NFL quarterback Colin Kaepernick front its new ‘Just Do It’ ad campaign. Kaepernick is a divisive figure after sitting (and then kneeling) during the national anthem in protest of racial injustice in the US – with opinion of such protests broadly split down political lines in the country. At the beginning of the week, a backlash begun following the announcement of Nike ad campaign, with posts published on Twitter showing Nike apparel being burnt and the Nike logo being ripped from products. The company saw its share price drop by 3% on Tuesday following calls by leading Republican commentators for a Nike boycott, although analysis shows the stock price has since increased. On Thursday, US President Donald Trump decided to weigh-in on the ad campaign. In a public statement on Twitter, he said that “Nike is getting absolutely killed with anger and boycotts”, and asked “I wonder if they had any idea that it would be this way?” The following day, Trump asked another question: “What was Nike thinking?” Indeed, some commentators have attempted to answer that very question. On one hand, says CBC columnist Don Pittis, it is a “sign big brands think the future is liberal”, claiming “it's getting hard to find a brand willing to fully endorse Donald Trump's populist revolution”. He further notes other leading brands taking traditionally liberal views recently, such as Levi Strauss joining up with a gun control group this week. One expert, development economics professor Dina D. Pomeranz, concurred with that view, suggesting that “Nike is reading the signs of the time” by “investing in a brand that reflects and speaks to the values of the generation of the future”. However, on the flip-side, a new poll suggests the Kaepernick ad campaign is, at least in the immediate term, hurting the brand. According to a CBS report, 24% of consumers now say they view the Nike brand unfavourably – a figure that’s up from 7% before the ad. For Nike, the strategy must be that its brand will be stronger in the longer term, despite the short-term backlash. But for now, it’s created a topic that many leading US political figures – including the president himself – will use to further their own agenda. (TJL)

An ode to practitioners – Intelligent web-based trademark management platform TrademarkNow is not shy in its canny marketing efforts, and this week is no different. On Wednesday, TrademarkNow’s Nadaline Webster published “Ode to the trademark attorney”, in which she waxes lyrical on the work of IP practitioners. It includes nods to the media backlash risk of trademark enforcement and on clients who fail to check on trademark availability before designing their packaging. For example: “Receiving left-field random refusals, And oppositions that make no sense, And explaining to unhappy clients, What this might mean in dollars and cents.” Of course, it ends with a plug for TrademarkNow’s new free search tool – but nonetheless, it’s a charming read for those in the industry. (TJL) 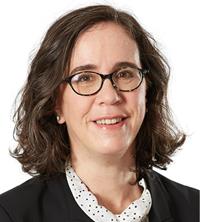