With softened criminal penalties and agencies powerless to initiate their own seizure proceedings, brand owners should make a concerted effort and the best use of the remedies available to protect their marks in Mexico.

Trademark owners seeking to enforce their rights against counterfeiters in Mexico have a variety of avenues that they can pursue, but it is up to them, and not the authorities, to initiate proceedings. This article looks at the legal remedies available to rights holders and considers some of the challenges that e-commerce platforms present, stressing the need for IP owners to be vigilant and proactive.

Mexican legislation establishes various administrative and judicial routes and measures to combat counterfeiting. The remedies available to rights holders include infringement actions filed at the Mexican Institute of Industrial Property (IMPI) and criminal complaints investigated and prosecuted by the Specialised Unit for Investigation of Crimes against Copyright and Industrial Property (UEIDDAPI), operating under the auspices of Mexico’s attorney general (FGR). In the fight against piracy, IMPI and the UEIDDAPI often cooperate with other agencies including the Federal Commission for the Protection against Sanitary Risks, the Mexican General Customs Administration and the federal and state police.

Administrative and judicial remedies can only be sought by rights holders or their legal representatives, who must decide which route to take based on their enforcement priorities and business judgement, as well as the legal requirements foreseen in the applicable law. Infringement actions tend to be most suitable when trademarks are confusingly similar and the goal is solely to impose an economic penalty (ie, a fine) against the infringer. Owners should pursue criminal proceedings when dealing with accurate falsifications of trademarks and when the aim is to hit counterfeiters harder.

However, although it may appear that effective legal measures are in place to combat counterfeiting, Mexico has a formalistic legal system, which often creates difficulties for owners seeking proper remedies.

For example, customs officials have no ex officio powers to rapidly secure and seize shipments entering Mexico, even when the products clearly infringe a registered trademark. Instead, they can only act through an injunction, issued by IMPI, the FGR or a judge, ordering the seizure of counterfeit products or illegal merchandise. Customs’ lack of inherent seizure powers means that trademark owners have very little time (usually no more than 48 hours) to bring a legal action to detain or seize counterfeit goods in order to prevent them from being legally imported and distributed to consumers. Trademark owners also have little time to initiate criminal investigations that could lead to an indictment. This is clearly one area that is ripe for legal reform to enable timely and cost-effective action against counterfeit shipments.

However, since 2012 Customs has maintained a reliable information channel to help rights holders to bring prompt and targeted action against infringers. The Official Database of Mexican Trademark Registrations – which was created primarily to speed up Customs’ anti-counterfeiting and anti-infringement inspection and clearance procedures – permits owners of trademarks registered in the country to record their marks and other information concerning IP rights relating to authorised importers and licensees, among other things, on the database.

Brand owners should also be aware that, following recent amendments to the Criminal Procedure Law, counterfeiting of registered trademarks no longer constitutes a serious offence under the Criminal Code. While jail sentences remain a possibility for counterfeiters, convicts can often seek to have their sentences commuted to avoid imprisonment.

However, the effectiveness of prison sentences can be overstated, and in many cases criminal proceedings and police raids suffice to achieve anti-counterfeiting aims. Moreover, under criminal law, victims and defendants can resolve minor disputes quickly through alternative dispute resolution, before the case comes before a judge.

It seems, therefore, that the Mexican regime offers suitable tools and remedies to enforce IP rights, even though the law could be strengthened in places. It is also important to bear in mind that counterfeiting raises industry-specific issues, and an effective enforcement strategy will adjust itself accordingly.

Many retail purchases are not made in brick-and-mortar shops, but rather through online platforms such as Amazon, Mercado Libre and eBay. This may represent significant progress in the ways in which consumers shop, but unfortunately it also creates a new channel for counterfeiters.

Studies have shown that e-commerce’s popularity can be put down to:

However, high demand has increased the number of counterfeit products available online, and third parties exploit these electronic platforms to hawk counterfeit items while infringing trademarks and copyrights.

In Mexico, rights holders will find it even more difficult to initiate the aforementioned proceedings against online counterfeiters. An unintended consequence of the Federal Data Privacy Law is that by limiting the personal information available on these types of platforms, counterfeiters can easily conceal their identities. Further, online marketplaces facilitate international retail, but trademark protection relies heavily on legal effects in the territory of registration. And, while owners’ enforcement powers against online infringers are reduced, their customers are more vulnerable to counterfeiters. Factors such as poor image quality inhibit online consumers from easily identifying authentic goods.

With trademark registration offering limited protection, a number of e-commerce platforms have adopted brand protection programmes to assist IP holders in the fight against counterfeiting. Notice and takedown procedures provide a quick and easy solution for removing counterfeit goods, but stronger, more effective tools are needed to combat online piracy.

Recent discussions of legislative reform in both the judicial and administrative spheres raise hopes of more robust legislation and greater powers for the authorities to intercept counterfeit shipments. Better regulation of e-commerce websites to crack down on online infringement is also on the agenda. However, although Mexican legislature has a primary duty to bolster the anticounterfeiting regime, it is most important that IP owners continue to actively combat piracy and counterfeiting at all levels and using all available legal remedies to protect their interests and maintain consumer confidence. 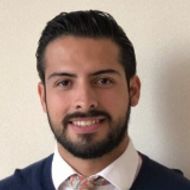