Every Tuesday and Friday, WTR presents a round-up of news, developments and insights from across the trademark sphere. In our latest edition, we look at the FDA warning about counterfeit Halloween contact lenses, reality TV star Kylie Jenner faces a trademark infringement lawsuit, a New Zealand biker gang warnings consumers not to wear its insignia, Costa Rica being added to TMview, and much more. Coverage this time from Trevor Little (TL), Adam Houldsworth (AH), Bridget Diakun (BD) and Tim Lince (TJL).

China IP roadshow heads to Baltimore and Boise – The USPTO has announced the latest in its series of China IP Roadshows, with Boise, Idaho the latest market to be targeted. That event takes place on 14 December  and will bring together experts from the US government, academics, IP attorneys, and local business people to share their insights on China and IP issues that will benefit rights holders. Before this, the roadshow stops in Baltimore, with a free half-day program at the University of Maryland’s Francis King Carey School of Law School on November 1. Attendees will hear panel discussions tailored to the needs of Maryland businesses, including what they need to know about protecting trademarks in China, how to create and manage a trademark portfolio, and how to best enforce IP rights in the country, especially from an e-commerce perspective. Information on both events is available here. (TL)

Georgia Intellectual Property Alliance officially launches – The Georgia Intellectual Property Alliance (GIPA) has formally launched as a nonprofit organisation, its mission being to establish a better model for creating, protecting and enabling intellectual property. To facilitate these efforts, it is bringing together a coalition of educational institutions, innovation-focused organizations (across the STEAM ecosystem), companies (ranging from Fortune 500 multinationals to fast-growing startups), and other creators, protectors and enablers. Georgia’s governor, Nathan Deal, has proclaimed October 2018 as ‘Intellectual Property Month’, to recognize GIPA and the importance of IP to the growth and success of the state’s economy. The alliance’s executive committee is chaired by Scott Frank, president and CEO of AT&T Intellectual Property. (TL)

New Zealand biker gang warns consumers not to buy counterfeit insignia – The Mongrel Mob, a New Zealand street gang with a history of violence, has issued a warning to those considering buying clothes bearing fake versions of its insignia. This follows the sale of unauthorised Mongrel Mob merchandise on Chinese e-commerce site AliExpress. The items contain the gang’s emblem, which is usually reserved for “patched-in” members; and a member of the Mongrel Mob has been quoted in local press as saying anyone who wears the fakes is “putting themselves in jeopardy”. A warning has also been made by New Zealand police, which cautions consumers against angering the gang or associating with gang activity. While brand owners often point out the health risks of buying fakes, it’s rare to see a rights holder seemingly threatening to inflict the health issue itself on those wearing infringing items. (AH)

Opinium’s 2018 index determines most recognisable UK brands – In newly-released research, the ‘Most Connected Brands Index has surveyed 1,990 consumers to identify the UK’s most recognisable brands. 11,795 responses were received and analysed to identify the top 200 brands, with the final ranking topped by Amazon, followed by Google and Heinz. After whittling the number down using a benchmark of social media engagement and revenue figures, a further 4,000 UK consumers were polled on five brand metrics: prominence, emotional connection, popularity, buzz and distinction. While stock value and return on investments may play a role in determining the best performing companies, a customer’s connection to a brand in important when it comes to daily purchasing decisions. (BD)

FDA warns of counterfeit and unapproved Halloween contact lenses – Ahead of Halloween, the US Food and Drug Administration is warning consumers about the risks of using themed or decorative contact lenses as part of their costume. This follows a 2016 investigation in which it discovered over 100,000 lenses which had not received regulatory approval, many of which were counterfeit. The FDA revealed that these lenses tended to have high levels of bacteria and posed serious dangers to public health. It advises people against wearing any lenses which have not been obtained by a valid prescription. (AH)

New report finds brands do not meet consumer expectations – Jack Morton, a brand experience agency, has published its Experience Brand Index which assessed the degree to which consumers felt brands delivered on their promises. It found that 52% of consumers think that brands ‘fail to meet the standards they set’, with one-third assuming that it is in a company’s nature to set unrealistic expectations which they will inevitably fall short of. Crucially, companies who do manage to meet brand expectations have 25% more consumer loyalty than other businesses. In all, Amazon, Netflix and the Royal Caribbean achieved top rankings for brand experience in the US, UK and China. The takeaways from this study are that a brand’s image is a tricky thing to maintain, yet it is crucial to establish and maintain customer loyalty. Ultimately, consumers – who are increasingly skeptical of businesses – are looking to see brands with integrity that deliver on the image it promotes. (BD)

Kylie Jenner hit with trademark suit over shade of eyeshadow – Reality TV star Kylie Jenner’s company Kylie Cosmetics has been hit with a lawsuit accusing it of trademark infringement, this time regarding its use of “Born To Sparkle” as the name of a shade within a set of liquid eyeshadows. Rival beauty brand Sheree Cosmetics, which claims it was the first to use the phrase to promote its products last year, filed a still-pending US application for the trademark in August 2018. In the suit filed in a New York federal court, it accuses Jenner’s company of infringing the mark and copying its distinctive packaging which contains quotations on the inside of the product, it has been reported. Sheree claims that the defendant is “deceptively trying to ‘pass off its products as those of (Sheree Cosmetics), or as somehow related to or associated with, or sponsored or endorsed by (Sheree Cosmetics), thereby exploiting [its] reputation in the marketplace.” The Fashion Law casts doubt on this passing off argument, given the size and fame of the Kylie Cosmetics brand. But it suggests the case raises an interesting question as to whether the use of a phrase to describe a single shade of eyeshadow indicates the source of a product and counts as trademark use. (AH)

Costa Rica added to TMview and DesignView – The European Union Intellectual Property (EUIPO) has confirmed that the National Registry of the Republic of Costa Rica (RNPCR) is now submitting its trademark and design data to the TMview and DesignView search tools. With this addition, both search platforms now contain data from 68 participating offices. In all, TMview now has 51.9 million applications listed, while DesignView has 14.1 million designs. (TJL)

Chile IPO launches AI-powered trademark detector – The Chilean National Institute of Industrial Property (INAPI) has announced the launch of a new artificial intelligence tool for the detection of trademarks. Development of the tool was led by the Faculty of Physical and Mathematical Sciences of the University of Chile (FCFM), with the aim to allow users to quickly detect brand conflicts. “It is an image comparison tool that uses artificial intelligence – it allows users to compare and recognise images using criteria, not only graphics but also conceptual,” the release says. “In seconds, the system delivers a list of results with respect to the loaded image, in a ranking format.” For now, the system is only being used by INAPI examiners “to access an intelligent computing tool that ‘learns’ from the searches carried out, and allows them to constantly feed the database and refine future searches”, but INAPI added that it plans to give access to customs authorities and the police to help them identify cases of counterfeiting and piracy. (TJL)

Application data released in Turkey – The Turkish Patent and Trademark Office (TurkPatent) received over 84,000 trademark applications in the first nine months of 2018 – 74,748 of them from domestic companies – reports AA.com. In September trademark applications were down 5.9% year-on-year and, should the nine-month pace be sustained, the office would see a dip in filings in 2018. (TL)

Rospatent filings increase by 6% – In more filing data news, the number of trademark applications received by the Russian IP Office (Rospatent) so far this year has risen by 5.9% year-on-year, according to a new post by the office. In total, 34,973 applications had been received in the first nine months of 2018. Also positively is the increasing number of digital filings, with 10,985 trademark applications filed via a computer, a 9.2% annual rise. Rospatent head Grigori Ivliev commented on the data, saying: “The growth in the number of applications for trademarks is evidence of the developing market of goods and services, a reflection of economic growth, and the need of Russian businesses to find new means of individualisation for entering the market and strengthening their positions.” (TJL)

New data reveals WHOIS enforcement challenges – With WHOIS the big talking point at this week’s ICANN meeting in Barcelona, MarkMonitor has published a blog outlining the tangible impact that restricted data access has had on online brand protection efforts. Statton Hammock, vice president, global policy & industry development at the company, writes that, since GDPR became enforceable, requests for non-public WHOIS data from registrars and registries directly has resulted in a low success rate – with 78% of request unsuccessful: “Most registrars have simply denied or ignored requests for registrant information. Of more than 350 requests made to more than 70 registrars, registrars have responded with WHOIS data only 26% of the time. 74% of the WHOIS requests were either ignored (no response to the request was acknowledged) or denied. Requests that were ignored or pending for more than 30 days without any response, were deemed to have been denied.” At the same time MarkMonitor has observed a slight rise in the number of detected infringements as compared to pre-GDPR levels, “a trend running contrary to an expected decrease corresponding to summer seasonality observed in the past” In short, infringement is up, but fighting infringement has become harder – making future access arguably the most pressing topic being debated in Barcelona (and the most emotive). (TL)

Baker McKenzie’s global chairman takes leave – Paul Rawlinson, who assumed his position as global chairman of Bake McKenzie in 2016, is temporarily stepping away from his role due to ‘medical issues cause by exhaustion’, according to media reports. He will be replaced for the time being by Columbia-based partner Jamie Trujillo Caicedo. (BD)

New IP attorney appointed to VP, General Counsel for Simplify Medical – Cindy Lynch has ascended to the vice president and general counsel position at Simplify Medical, known for its cervical artificial discs. According to the press release, she has played a key role in the intellectual property development of the company for a number of years, her appointment comes at a time when the business is looking to expand into Europe. (BD) 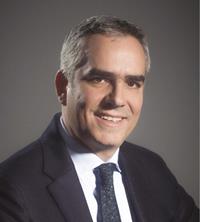