Millions across the United States head to the polls today to vote in the US Presidential Election, with both the Republican and Democrat candidates having a credible path to victory according to the latest data. With that in mind, WTR reached out to IP industry experts to ask how the election result could impact the trademark landscape over the next four years.

Four years ago, Donald Trump was elected as US president after an unprecedented campaign against Democratic rival Hillary Clinton. At the time, experts were divided on how Trump would shape the trademark landscape, with Womble Carlyle patent attorney Jack B Hicks writing that Trump’s specific IP policies “remain a mystery in large part”. However, in the years since, things have become somewhat clearer, as our article on Trump’s trademark impact in his first term outlines.

Now, a new US election is upon us, with Trump and Democratic rival Joe Biden both vying for the keys to the White House for the next four years. As has been stated before, “trademark law is not exactly a vote magnet”, but both candidates have policies with potential implications for IP owners. For example, the Trump administration’s defiant stance on a China trade deal pledges to crackdown on the “theft of American intellectual property”. Similarly, Biden promises to address “a coordinated and effective strategy” in China of “assailing American creativity and intellectual property”.

On top of that, there are also proposals from Biden to punish companies that falsely label products as “made in America” even if they are produced abroad. However, there is also concern that Biden could seek to weaken trade secret protections in his calls to eliminate non-compete clauses.

According to Marty Schwimmer, partner at Leason Ellis, there is the potential for intellectual property not to be a partisan issue. “I think that Democratic and Republican trade policies can, at a high-level view, be somewhat similar,” he explains. “Both parties are pro-globalisation, and they seek to shelter or benefit their constituencies.” That has not always been the case with the Trump administration, though, he adds, due to current foreign trade policies being “more unilateral", “more anti-EU” and “more inconsistent” – the latter rooted in Trump’s habit of tweeting unpredictable policy statements (or flat out insults) about potential trade partners (especially China).

Of course, it is not just foreign countries (and their leaders) that are the target of Trump’s Twitter tirades – and that could be a major impact of the election result, Schwimmer notes. “There is another aspect to the specific effects of Trump on brands; over the last few years, Trump has picked fights with Harley Davidson, Boeing and any number of TV networks. We know that he has a vendetta with Bezos, the Washington Post and Amazon. I don’t see Biden waging vendettas with brands.”

When it comes to potential trademark law implications, Harvard Law School professor Rebecca Tushnet says that “it would be disappointing but not surprising if Congress returned to the trademark reforms already on the table – expedited non-use and the insertion of an irreparable harm presumption into the Lanham Act for trademark infringement – rather than addressing the numerous far more pressing issues the nation faces”, adding: “That is rather more likely in a second Trump regime or a Biden/Republican Senate scenario, simply because they won't be doing anything else.”

Turning to the potential impact on the USPTO, Tushnet claims that “a Biden administration would prioritise governance and competence” – and that could lead to a “renewed effort to deal with the mess caused by fraudulent applications (including the mess caused by requiring US addresses in situations where they might not be necessary)”. In more striking and emotive comments about a Biden win, Tushnet added: “Perhaps also if ICE stopped ripping families apart it would have more resources to go after counterfeiters.”

On the flipside, Tushnet says that “Trump neither knows nor cares about governing as distinguished from ruling” – and for that reason, issues that need to be addressed (eg, the aforementioned fraudulent trademark applications) may not be directly addressed by the current administration if re-elected. “There is no reason to think that a second Trump administration would do anything in particular, [and] the trademark office would likely be left to fend for itself policy-wise, unless some Trump crony desired a particular result.”

Concerningly, some attorneys that WTR reached out to – most of which have commented on US political matters in the past – refused to comment. One reason for this is the perception that the agency has been politicised following last week’s social media posts appearing to praise Trump (with a message stating: “Just a reminder, under President Trump’s leadership, the US intellectual property ecosystem ranks #1 in the world, according to the 2020 International IP Index”).

One leading trademark attorney (who did not want to be named) explained: “USPTO director Iancu made what was understood to be a pro-Trump comment, and there was some criticism. What is notable about the incident was that a USPTO spokesperson, not letting it go, chose to assail those who had criticised the director’s tweet. So partisan politics has found our backwater.”

Going further on why they would not comment on the US election, the attorney expanded:  “You ask for comment on the implications of a Biden or Trump win, prior to knowing the results. My immediate reaction is that if I’m seen to be overly critical of Trump, and he wins, someone in the USPTO could see that comment, and there could be ramifications for me or my colleagues. So the answer to the question is: the trademark-related implications of the election are that if Biden wins, we will not have to be afraid of our government.”

In many years of political coverage on WTR, this author has never received (or been refused) a comment for fear of a backlash from an IP office (and for its part, the USPTO has stated that the post was designed purely to “highlight the continued excellence of the American innovation ecosystem”, and was not partisan in nature). Whatever the result of the election, the hope is that rather than further divide, the victorious candidate will be a unifying force.

Following the publication of this article, Christine Farley, professor of law at American University in Washington DC, shared additional insights, noting that she has "not noticed major IP policy shifts when the presidency or control of congress changes from one party to the other". For that reason, she expects "a fair amount of consistency" and that the recent partisan social media posts by the USPTO are, it is hoped, "an aberration". In terms of what to expect in the coming months, she says a bill to revise the Lanham Act (to state a rebuttable presumption of irreparable harm and to create certain procedures in the USPTO to eliminate fraudulent trademark applications) is on the table and "has bipartisan support and its success will not depend on the election".

There is one way that the election result could impact the trademark community, Farley adds: "The biggest difference between Trump and Biden in the domain of IP is probably their position on the multilateral trade regime. Trump has been outspokenly hostile to the World Trade Organisation (WTO). In particular, under his presidency the US has blocked the naming of new judges to the WTO Appellate Body effectively putting a stranglehold on the multilateral dispute mechanism for trade disputes, including those over IP. I would expect a Biden presidency to reverse course with regard to the WTO. It didn’t get a lot of attention, but the last dispute decided by the Appellate Body was a trademark case on tobacco plain packaging this past June." 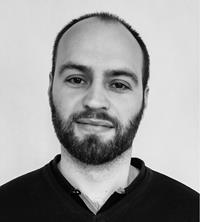