Every Tuesday and Friday World Trademark Review presents a round-up of news, developments and insights from across the trademark sphere. In today’s edition, we look at the USPTO being urged to improve its mobile capability, the new Trademarks Bill introduced in Malawi, and the impending deadline to apply for the EUIPO’s top job. Coverage this time from Trevor Little (TL), Tim Lince (TJL), and Adam Houldsworth (AH).

Time running out to apply for the EUIPO top spot – Back in October we reported on the news that António Campinos, executive director of the EUIPO, had been elected as the next president of the European Patent Office (EPO), his five year term commencing on July 1 2018. For those eyeing his office, the application deadline for the role is next Thursday. The obligatory job advertisement posted by the management board, which is tasked with proposing candidates to the office’s council, comes with a lengthy list of candidate requirements. It also comes with an attractive starting salary of €15,944 a month, plus benefits (by comparison, when the role was advertised in 2009, prior to Campinos taking over the reins, the starting salary was $14,405 per month). Like then, the successful candidate will have to be a national of one of the Member States of the European Union and enjoy full rights as a citizen at time of the application deadline to be successful. Of course, back then Brexit was nowhere on the horizon. As it stands, a British candidate would qualify for the role. Whether the next executive director will be one that ends her/his term as a non-EU national remains to be seen. Back in October we revealed that Patricia García-Escudero Márquez, director general of Spain’s Patent and Trademark Office, could throw her hat in the ring, while the current deputy executive director, Christian Archambeau, was also deemed as a strong candidate. With Campinos taking on his new role in July and the start date for his successor set as October 1 2018, Archambeau is expected to serve as the office’s acting head during the interim period. It remains to be seen whether he will be in the seat beyond October. (TL)

Indonesian tech firm seeks to support brands to guard against counterfeits – Authentic Guard, an Indonesian enterprise, is seeking to make an impact in the fight against fakes in the region. In a recent interview with East Asia Globe, co-founder Muqsith Ahmadi described how his company is providing unique algorithms and quick response codes, as well as special holograms, to brands seeking to better protect their products against imitators. But to make a really big impact, he added, the firm is hoping to work more closely with government standard-setting bodies in the region. Ahmadi also stressed the need to change the attitudes of consumers, by pointing out that counterfeit luxury goods are often sold by the same syndicates that peddle dangerous knock-off drugs. (AH)

Bootleg fashions all the rage, but brands often turn a blind eye – Bootleg logos are a fashion “must-have” according to a recent column in The Guardian, which highlights the recent use of others’ well-known brands by fashion designers. As well as citing notable examples of famous logos being used for political and comedic effect by smaller clothing companies, the article points to the resurgence of unofficial football merchandise. Interestingly, it suggests that, although the producers of such bootlegs are leaving themselves liable to charges of trademark infringement, brands are increasingly choosing not to enforce their rights in such circumstances, and sometimes even offering to collaborate with the bootleggers. Such a move is, of course, not without risk. (AH)

Apple loses Steve Jobs dispute – As was reported by The Telegraph this week, global electronics giant Apple was unsuccessful in an administrative battle against two Italian brothers who have been using the name of Apple’s founder Steve Jobs to market clothing and accessories. Giacomo and Vincenzo Barbato registered the ‘Steve Jobs’ trademark in 2012, and launched a fashion brand which also featured a ‘J’ with a bite taken out of it, somewhat similar to the Silicon Valley brand’s iconic logo. Apple’s opposition to the trademark at the EUIPO office failed, with the administrative body ruling that because the letter ‘J’ is not edible, the brothers’ logo does not infringe the famous brand’s rights. That decision – made in 2014 – was publicised only recently by the Barbatos brothers, who have now registered the mark around the world, and are considering marketing electronics products under the ‘Steve Jobs’ banner. (AH)

Change on the horizon for trademark protection in Malawi – Members of Parliament in Malawi have passed a Trademarks Bill designed to replace the Trademarks Act of 1957 and accommodate current international best practices. The Nyasa Times reports that the bill, which was given unanimous backing, will become law as soon as President Mutharika assents to it. Overall, the new bill is designed to simply the application process and, to that end, minister of justice and constitutional affairs, Samuel Tembenu, confirmed that the move will lead to the establishment of an official trademark office. (TL)

Pelton calls for innovation at USPTO – In his first post of the year, prolific blogger and IP attorney Erik Pelton has called on the USPTO to up its technology game. Writing on the iPelton blog, Pelton states that the USPTO is “supposed to be an American symbol and repository of technology, entrepreneurship and innovation” but instead “many key trademark functions of the USPTO website are still not available from a mobile phone” – including, he says, TESS, TEAS (application filings), and TSDR, while PDFs (including TTAB opinions and orders) are not easily read on mobile devices. In the strongly-worded piece, Pelton concludes: “I believe the USPTO needs to immediately refocus its technology initiatives and budget including these app and mobile issues, and the ongoing TMNG delays and cost increases.” (TJL)

Supreme Court advocates on the move – Ronald D Coleman has joined Mandelbaum Salsburg as a partner in its Roseland, New Jersey office. In his new role, Coleman – formerly a partner at Archer Greiner – will chair the firm’s intellectual property and brand management practice group. The move follows a busy 2017 for Coleman, the commercial litigator’s most high profile case being Matal v Tam, in which the Supreme Court held that the disparagement clause of the Lanham Act violates the Free Speech Clause of the First Amendment. Also joining Mandelbaum as partner is Joel G. MacMull, who will serve as Vice Chair of the group. MacMull – who was also heavily involved in Tam – focuses his practice on complex commercial litigation and intellectual property disputes, and was the recipient of INTA’s 2017 Volunteer Service Award for Pro Bono Services. (TL)

Ulmer promotes IP specialist – Ulmer & Berne has announced the promotion of Seth A Voit to partner. Voit, a member of the firm’s intellectual property & technology group, focuses his practice on trademark, patent and licensing matters for clients across a range of industries. He recently served as a board member at CincyIP, Cincinnati’s intellectual property law association. (TL)

Are bees about to become the new trademark bully? – Last year the one media dispute that grabbed news headlines around the world centred on the legal battle over ownership of a photograph taken by a macaque monkey (the so-called ‘Monkey selfie’). At the centre of the dispute was the question of whether the picture – taken when Naruto the monkey pressed the shutter button on David J Slater’s camera – belonged to Slater or his macaque rival. That case ultimately settled, but this week an article on CNET – headlined “Ford copies intellectual property from bees, designs fancy parcel shelf” – caught our eye. The publication reports that, when designing the shell of its Ford EcoSport, the motor company turned to a honeycomb design to increase storage strength. Its promotional advert even boasts that beekeepers were on hand to give their approval. Taking a cue from nature when seeking to innovate can be a smart move. However, should the bees get protective about exploitation of their designs, there could be a sting in the tale. (TL) 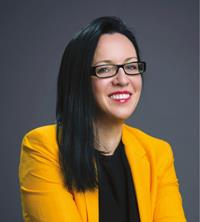