Every Tuesday and Friday, World Trademark Review presents a round-up of news, developments and insights from across the trademark sphere. In today’s edition, we look the Zimbabwe government hiring a technology company to tackle counterfeit goods, the brands being accused of using “underhand tricks” to fool consumers, and a new report looking at the leading Chinese brands. Coverage this time from Trevor Little (TL), Tim Lince (TJL), Adam Houldsworth (AH) and Timothy Au (TA).

US Senate confirms USPTO director – The United States Senate has confirmed the appointment of Andrei Iancu, currently managing partner of Irell & Manella, as the next under-secretary of commerce for IP and director of the USPTO. While Andrei Iancu's practice focused on intellectual property litigation, and much of his experience is patent-focused, he has also handled trademark work.  Reacting to the news of his unanimous confirmation, American Intellectual Property Law Association (AIPLA) executive director Lisa K. Jorgenson commented: "Our association appreciates the challenges Director Iancu will be facing during this critical time in the world of IP. We wish him much success and look forward to learning more about his plans regarding the office, and providing assistance where we can." In terms of policy, patents will no doubt continue to be a core focus of the USPTO’s incoming director but it is positive that Iancu brings trademark experience to the role. To echo the sentiments of the AIPLA, we congratulate him on his appointment and await with interest insight into the degree to which trademarks will be focused on under his watch. (TL)

Innovation is ‘in the DNA’ of China’s global brand builders – WPP and Kantar Millward Brown have announced the release of a new report examining the top 50 Chinese brands making an impact on the international stage in 2017. Lenovo tops the list as it did in the previous year. Consumer electronics remained the leading category (making up 34% of the total Brand Power score among all the companies listed in the report), with brands such as Huawei, Xiaomi and Anker – ranked second, fourth and seventh respectively – featuring alongside Lenovo. The study also provided a number of key insights, including the fact that innovation is the number one factor attributed to the growth of Chinese brands and the factor that affects the perception of 18-34 year olds the most. The UK was also revealed to be the country with the most positive view of Chinese brands, while opinions varied a lot more between other countries. Moreover, three focal areas were identified in order for Chinese brand awareness to improve: limited awareness in the way of a brand’s global acceptance; poorer perceptions of trust; and lack of brand-building investment. (TA)

Zimbabwe in technology push to fight fakes – A UK founded technology company has announced a partnership with the Zimbabwe government in an effort to tackle fakes. VST Enterprises is best-known for two applications, VCode and VPlatform. The former uses code-scanning technology claimed to be more advanced that QR codes, primarily as they can be scanned from over 100 metres away from an object, and on moving objects, and from objects on a multimedia screen. VPlatform is the portal to create VCodes, including providing usage analytics. Its partnership with Zimbabwe’s government, according to local media, is to “revitalise the country's economy, tackle counterfeiting, improve security and boost traceability of items”. A statement from a government representative, however, suggests the primary focus is to tackle fakes. “A new day has dawned for the Zimbabwean economy,” claimed Christopher Mutsvangwa, the president’s special advisor and minister of information. “By implementing VSTE's revolutionary technology, we're going to put a stop to real and prevailing issues of counterfeiting and traceability in our country.” With Zimbabwe adapting to a new government after the long-time rule of Robert Mugabe, it’s a positive sign, perhaps, that they are keenly aware of the problem of fakes – and how tackling them can help the local economy. (TJL)

IP firms combine under the Spruson & Ferguson brand – Fisher Adams Kelly Callinans, Cullens, and Spruson & Ferguson have announced they will combine to form one firm, operating under the Spruson & Ferguson brand from April 2018. Full integration of the three firms is expected by July 2018 and will employ a team of more than 400 staff, including 152 IP professionals, across 10 primary offices (Bangkok, Beijing, Brisbane, Hong Kong, Jakarta, Kuala Lumpur, Melbourne, Shanghai, Singapore, and Sydney). As we reported previously, in 2014 Spruson & Ferguson – as part of IPH Limited - was the first IP practice to go public in Australia in November 2014. Fisher Adams Kelly Callinans and Cullens are also members of the IPH Limited group. While Pizzeys Patent & Trade Mark Attorneys and New Zealand firm AJ Park (also members) are not affected, the move is made with a view to strengthen the combined firm’s Asia-Pacific reach. Tracey Berger, MD of Spruson & Ferguson, explained: “We are delighted to join with Fisher Adams Kelly Callinans and Cullens to provide an even greater pool of IP talent to our local and international clients. Our combined firm will draw on the strengths of all three businesses to provide our clients with an enhanced top-tier IP service across the Asia-Pacific region.” (TL)

Brands accused of using “underhand tricks” to fool consumers into spending – Research from digital solutions and user experience Sigma has evaluated the “hidden strategies” adopted by brands to boost online sales over the Black Friday, Christmas and January sales shopping periods. The company reveals that major retailers including Amazon and Etsy are using ‘Dark UX’, in which website interfaces are deliberately designed to trick consumers into a bigger spend. With Amazon, for instance, it states that the company is “underhandedly attempting to upsell insurance products” because, when a pop-up appears for breakdown cover related to an electrical item purchase, the shopper’s attention is drawn towards a yellow ‘Add to basket’ button and away from a greyed out ‘No thanks’” button: “Given that we are drawn towards visual elements which stand out from their surroundings, it’s clear that Amazon is aiming to trick the user into adding a – potentially unnecessary – extra purchase.” Etsy, meanwhile, was accused of using “scare tactics” to encourage shoppers to purchase through the illusion of limited stock and competition for a particular product. Underneath a product’s ‘Add to cart’ button, the store provides live ‘updates’ on the number of products still available. The report contends “The claim is completely unsubstantiated and may be used deliberately to accelerate purchase.” Online retailers would likely present a very different picture, in which they are seeking to highlight particular offerings or allow customers to purchase products before they are out of stock, rather than being “underhand”. However, while not strictly a ‘trademark’ issue, such research does generate coverage and could cause a reputational headache for those tasked with managing brand identity. (TL)

Conor McGregor caught up in trademark scraps – Well-known mixed martial artist Conor McGregor’s next fight may well take place before the EUIPO rather than in a cage. The Irish fighter has found himself in a number of trademark tussles after trying to register a number of words and phrases associated with him. MYSTIC MAC is one of the European marks he has recently sought to protect, as are CHAMPCHAMP and I AM BOXING. The first application has been opposed by Make Up Cosmetics, which claims that McGregor’s trademark could be confused with its own if used to market men’s toiletries. It has also been opposed by German company Mac Jeans, which believes customers in the clothing market could be misled. I AM BOXING has also been challenged by retail giant Migros which has I AM branding on a range of its products. While McGregor enjoyed a hefty pay check from his time in the boxing ring last year, he may not find the legal world quite as lucrative. (AH)

Law Review takes a look at EasyGroup cancellation – Given the wide range of brands associated with EasyGroup, the threshold for its marks to be proved distinctive is very high, particularly when the mark it uses differs from the one it has registered. This is one of the key takeaways from the company’s recent UK High Court loss, according to the National Law Review. The decision in question related to whether W3’s EASYROOMMATE brand infringed EasyGroup’s EU trademark, EASY. A UK High Court judge ruled that the mark was descriptive in nature and had not acquired distinctiveness through use – at least not in the accommodation and advertising sectors. The mark was therefore deemed invalid in those sectors. There’s some interesting learnings from the decision, and another demonstration on the tricky task EasyGroup’s lawyer has in protecting the company’s vast array of brands. (AH)

Media and IP litigation team joins Arnold & Porter – International firm Arnold & Porter has announced that Dori A Hanswirth and Theresa M House have joined the firm as partners in the intellectual property group. Hanswirth has handled high-profile cases involving First Amendment, defamation, copyright, and trademark challenges on behalf of media and technology clients, as well as those in the entertainment, financial services, education, internet services, social media, transportation, and telecommunications industries. House has particular experience in First Amendment and media law, litigation, the protection of trademark and copyright assets, and data privacy.  Both will be based in the New York office. (TL)

Leason Ellis announces new partner – Robert M Isackson, who built his career at Orrick, Herrington & Sutcliffe (where he was a partner from 1995 until 2016) has joined Leason Ellis as a partner. Isackson is an IP litigator with nine patent trials under his belt, and has also been involved in trademark and trade dress cases. (TL)

Litigator moving to Fieldfisher from Dentons – Fieldfisher has hired Dentons' former UK head of IP and chair of its global trademark practice group, John Linneker. Joining next week, Linneker specialises in all aspects of IP law and has acted on many high profile disputes in recent years. These have included acting for Lotus Sports Cars in connection with a dispute with 1 Malaysia Racing over ownership of the Lotus brand in Formula 1. Nick Rose, head of IP and technology litigation at Fieldfisher, commented: "John has a tremendous breadth of experience advising on some incredibly complex global IP mandates. This will be appreciated by our clients and by our team, bringing a deep understanding of an even wider range of sectors and jurisdictions." (TL)

Have your say on the state of the industry – World Trademark Review is currently inviting industry practitioners to participate in the Global Trademark Benchmarking Survey, which measures the pulse of the industry, tracks industry trends and identifies how practice is evolving to counter new threats and embrace fresh opportunities. Participation in the survey is free of charge and designed to give counsel – both in-house and in private practice – the opportunity to have their say on the state of the trademark industry. The survey form for in-house/corporate counsel is available here. The survey form for law firm practitioners is available here. (TL) 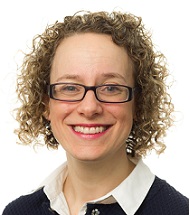