While a relatively young brand, Uber manages the full range of IP risk – from phishing to genericism. WTR sat down with Raphael Gutierrez, director of intellectual property, to get the inside track on how the company approaches its brand management and enforcement strategies. Read more here.

We noted that time is running out to make nominations for the 2020 WTR Industry Awards and WTR 300 projects, which recognise the work undertaken by in-house professionals across the globe. Nominate now and be in with a chance to win a free place at an upcoming WTR event. Read more here.

China’s State Administration for Market Regulation has released new provisions on the regulation of trademark applications, expanding on how bad-faith filings will be defined and tackled – with applicants, agencies and the IP authorities all coming under scrutiny. Read more here.

News outlets in Mexico have focused on the use of expressions of folklore by fashion brands. In this guest post, a local expert argues that, with companies currently operating on the right side of the law, the role of protecting these expressions against misuse belongs to the state. Read more here.

A new study from Incopro has revealed the regularity of sites selling counterfeits being included in Google search results. The company is now calling on the search engine giant to comply with de-indexing requests for such sites. Read more here.

In our Tuesday news digest, we looked at Kanye West being denied a trademark for the term ‘Sunday Service’, adidas prevailing in Japan, the UK Intellectual Property Office notifying users of planned maintenance after Brexit, and much more. Read more here.

For the third year running, Baker McKenzie has topped a brand index of the top mainland European law firms. Market analysis from Acritas has found that the most successful brands come from global firms focusing on Germany at a time when much domestic growth has stalled. Read more here.

In the latest instalment of our series on marketplaces that reportedly engage in the trade of counterfeit goods, we headed to the Southeast Asian nation of Cambodia. Read more here.

An exclusive WTR investigation has revealed the global scale of the trademark portfolio built up by US president Donald Trump and his family – with one commentator describing the level of activity as “unprecedented”. Read more here.

The General Court has confirmed the cancellation of the EU trademark consisting of the shape of the Rubik’s Cube. Speaking to WTR, one legal expert contends that the decision creates legal uncertainty for 3D marks that are less well known than the Rubik’s Cube. Read more here.

The likes of Apple, Dunkin’ Donuts, Microsoft and T-Mobile have all used third-party brands in domain names as part of creative marketing campaigns. Stephen Jadie Coates of Coates IP explores the dos and don’ts of using a competitor’s mark in a domain name. Read more here.

In this week’s company data analysis, we turned our attention to Diageo, which puts brand building at the core of its business and succeeds due to its canny targeted marketing efforts. Read more here. 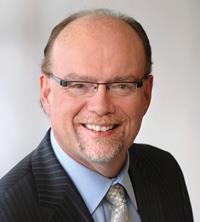