Trademark implications of Brexit, Trump and Samsung Note 7 crisis feature in our most-read list of 2016

As 2016 draws to a close, and the World Trademark Review Daily email service prepares to take a short break, it’s time to take a look back at the blogs which received the most reads in the past 12 months. Our list includes the brand value hit of Samsung’s Note 7 crisis, Alibaba’s spat with Chinese ecommerce rival JD.com and trademark applications attempting to commercialise the Panama Papers, Brexit and the once-popular ‘meme’ Be Like Bill.

Perhaps demonstrating the closer ties that the trademark department must now have with the PR function, many of our most-read articles this year looked at reactions to crisis situations. Samsung’s perceived lax response to the Galaxy Note 7 crisis was our most read blog of the year, and is seen as a standout example of how PR missteps can negatively damage brand perception. Furthermore, trademark-related public relations gaffes from companies including Sony, Alibaba and internet security company Comodo also featured highly.

Unsurprisingly, the trademark perspective on various legal and political developments featured heavily too. Our guide to the European trademark package was widely shared across the trademark community, for example. Two articles on the trademark implications of Brexit are on the list, and our coverage on what a Donald Trump administration could mean for the IP world was one of our most viewed tweets of the year.

For many, 2016 cannot end soon enough. For others, it has been a year of success and overcoming the odds. However you feel about the various upheavals that have occurred in 2016, there is little doubt that it has created an unpredictable – some would say uncertain – future. Whatever happens, World Trademark Review will be there to study future developments and trends through the crucial trademark lens.

For now, however, the WTR Daily email service is now on a break until January 3. As stories break, we will post the odd blog in the meantime but it seems like a natural time to wish all our readers a happy holiday season.

The 25 most-read World Trademark Review blogs in 2016 were:

1. Samsung committed the “cardinal sin of crisis management” – now trust in its entire brand is at risk (13 October)

5. The European trademark package: what’s changing; when and how to prepare (8 January)

8. Lessons from the José Mourinho trademark tussle with Chelsea (26 May)

9. Status quo or uncertainty? The trademark implications of a Brexit vote (13 June)

12. Evolution of the fakers: how counterfeiters are fighting back against marketplace takedowns (16 September)

15. The ‘.brand’ state of play; on the rise, but mainstream adoption still some way off (12 July)

16. Domain experts on the slow start for new gTLDs, and what may turn the tide (18 January)

18. “This is how you screw up your reputation”: Sony trademark fallout highlights challenge of online backlashes (20 January)

25. Four firms and a funeral service: the battle over the ‘Norton Rose Fulbright’ brand in China (26 January)

The 10 most-read World Trademark Review legal updates in 2016 were:

2. Court provides clarity on Google AdWords and use ‘as a trademark’ (12 May)

8. Proving genuine use of an earlier EU trademark (29 July)

1. ‘It looks like the UK has voted for #Brexit; our analysis of what that means for trademarks’ (24 June)

4. ‘Heard of PewDiePie, H3H3 Productions or The Fine Bros? A look at IP protection on YouTube’ (21 July)

5. ‘Registrant of the BREXIT trademark has not ruled out enforcing the mark from today’ (24 June)

6. ‘A second trademark for PANAMA PAPERS, this time at the EU IPO, has been filed’ (12 April)

8. ‘We're not sure some law firms will find the DotSucks candy very sweet…’ (22 May)

10. ‘A new era of President Trump? Find out what a Trump administration could mean for trademark owners’ (9 November) 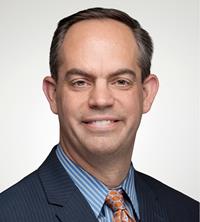