China’s top lawmakers met in Beijing last week for their annual plenary session, and the perennial issue of counterfeiting was up for discussion – both within the legislative chamber and on the sidelines of the main event.

In the run-up to the annual meetings of China’s two major legislative bodies – the National People’s Congress (NPC) and the National Committee of the Chinese People’s Political Consultative Conference (CPPCC) – several major players from Chinese industry called for stronger penalties for trademark infringement and counterfeiting offences.

Alibaba chairman Jack Ma has come under plenty of fire himself for his company’s allegedly lax line on dealing with counterfeiters selling fakes through its platforms, as well as for comments he made which appeared to imply that knock-offs can outstrip genuine products in terms of quality. But last week, he used social media platform Weibo to appeal to legislators, suggesting that they should tackle counterfeiting with the same vigour they have demonstrated in combatting drink-driving. “Without such strict law enforcement, we would surely see many more traffic accidents,” he wrote. “On the contrary, the majority of counterfeiters are not held legally responsible for their actions… We need to fight counterfeits the same way we fight drunk driving. For example, if the penalty for even one fake product manufactured or sold was a seven-day prison sentence, the world would look very different, both in terms of intellectual property enforcement and food and drug safety, as well as our ability to foster innovation.”

This followed an earlier statement from Alibaba which had criticised China’s existing anti-counterfeiting laws as “ambiguous” and “no longer able to cope” with the reality of the situation. Ma also highlighted how stronger laws would foster a more innovative society, arguing that it strong anti-counterfeiting legislation that enables the US to foster “such a healthy environment for innovation”.

Ma was joined in pushing for stronger counterfeiting penalties by other top business leaders. Lei Jun, founder and CEO of Xiaomi, said that knock-offs are “a social cancer, [causing] serious damage to the image of the country and consumer confidence”; while Liu Yonghao, chairman of agribusiness conglomerate New Hope, said “fake and shoddy goods affect our industries, the orderly development of enterprises and also affect China’s international image.” Liu Chuanzhi, founder of IT and consumer electronics giant Lenovo – who is known to be relatively outspoken on political issues among Chinese senior business executives, having previously expressed concerns about rule of law in the country – implored lawmakers to “increase the legal cost of counterfeiting” to make it higher risk, and less economically viable, for would-be offenders.

Just what effect these will have on law-making in the near future waits to be seen. However, such a significant chorus of senior commercial voices is unlikely to be ignored, especially given the Chinese authorities’ own imperative to strengthen the country’s IP protections. On Friday, Zhang Mao – minister in charge of the State Administration of Industry and Commerce – stated in a press conference that the regulatory body, which is largely responsible for China’s trademark system, would push for tougher penalties on counterfeiters and drive to increase public awareness of the problem. Therefore, it is currently a case of ‘watch this space’, but the calls for stronger legislation are getting louder. 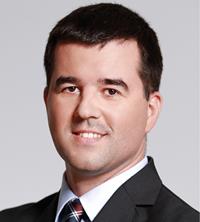