Every Tuesday and Friday, WTR presents a round-up of news, developments and insights from across the trademark sphere. In our latest edition, we look at a new study showing the scale of illicit alcohol in emerging markets, the Scout trademark battle commencing, a Counterfeit Mini ad being lauded, luxury brands increasing use of sound design in its products, Ralph Lauren’s expanded use of Amazon, and much more. Coverage this time from Trevor Little (TL), Adam Houldsworth (AH), Bridget Diakun (BD) and Tim Lince (TJL).

Luxury brands increasingly using sound to provoke positive emotional response – In an article on Wired, the rise of the use of sound design by brands to elicit an emotional responses from customers is discussed in-depth. One example given is those used in luxury Bentley cars; Andrew Diey, founder of sound design company Radium Audio, was hired by the automobile company to come up with sounds for its indicators and alert systems. According to the article, Bentley felt that “to add an extra feeling of luxury, every interior sound had to be custom-made”. To that end, Diey produced a car indicator sound that, rather than a generic click, is similar to the chimes of a grandfather clock. “Those sounds evoke craftsmanship, and paint a picture of comfort and effortlessness – they are like small pieces of art that influence the overall feel of the car,” he explained. If such sounds become synonymous with a brand – such as ‘grandfather clock’ car indicators in a Bentley – then will they be trademark protectable? We’ve written extensively about the rise of sound marks at registries around the world; and with more brands utilising sound design, that increase could become even more pronounced in the future. (TJL)

New study shows scale of illicit alcohol problem in emerging markets – More than 25% of alcohol consumed in developing markets is illegal, according to a new study by Euromonitor. The rate is as high as 40% in Africa, while 14.5% and 27% of the alcohol drunk in Latin America and Eastern Europe respectively is illegal, Securing Industry reports. In all, 10 million litres of illicit alcohol is being consumed annually, leading to a $3.6 billion in lost revenues across these regions. There are significant health risks associated with consumption of such beverages, especially in countries “where illicit alcohol consumption is focused on artisanal beverages, counterfeit/unregistered brands, and surrogate products”. And loss of revenue is particularly acute in countries with “a greater presence of tax leakage or smuggling”. According to the report, five factors cause this trade: lack of enforcement, ineffective government regulation, badly-regulated distribution networks, low prices and low awareness of the risks. (AH)

Nike and LVMH praise China in fakes fight – Two brands that have long-faced issues with counterfeiting, Nike and Louis Vuitton Malletier (LVMH), have spoken positively this week about China’s efforts to combat IP infringement. At the China International Import Expo in Shanghai yesterday, LVMH’s global IP director Valerie Sonnier spoke of the “much improved environment for brands” in China, claiming that the country “has done much more than some other countries”. In turn, Nike’s chief IP officer Margo Fowler voiced appreciated for “the growth in China’s IP system in extending trademark status and protection”. According to Bloomberg, the event also included comments from a representative of China’s Ministry of Commerce, who went into the progress and ongoing challenges in its fight against fakes. “It’s unrealistic to expect any country to root out counterfeiting and IP infringement completely,” stated Wang Hejun, the Ministry’s chief of the trade remedy and investigation bureau, a point which anyone will agree with – but for rights holders that continue to have significant problems in China, the hope is that improvements continue. (TJL)

Expanded Amazon use depends on effectiveness of anti-counterfeiting, says Ralph Lauren – Luxury clothing brand Ralph Lauren has recently started selling its mid-tier range, Chaps, on Amazon. It is considering broadening its use of the platform to include other products, but CEO Patrice Louvet has said this depends on keeping fakes and unauthorised sellers from using the site. “We are continuing our dialogues with Amazon,” he said, but continued use is contingent on four principles: “brand building presentation; pricing integrity; making sure that no non-authorised third-party sellers or counterfeit products are available on the site; and working with the partner on access to consumer data.” (AH)

Scout trademark battle commences – Earlier this week, the Girl Scouts of the United States of America filed a trademark infringement lawsuit against the Boy Scouts of America. The move follows the Boy Scouts decision to drop the word “Boy” from its namesake program due to allowing older girls into its ranks. The lawsuit was filed at the Southern District of New York (No. 18-10287), with the Girl Scouts claiming the removal of the word erodes its own brand and membership. In a statement, a Girl Scouts representative justified the filing of the lawsuit: “We did what any brand, company, corporation, or organisation would do to protect its intellectual property, the value of its brand in the marketplace, and to defend its good name.” On the flipside, the Boy Scouts said in a statement that it was reviewing the suit, but appeared conciliatory in one comment: “We applaud every organisation that builds character and leadership in children, including the Girl Scouts of the USA, and believe that there is an opportunity for both organizations to serve girls and boys in our communities.” Many media are positioning the lawsuit as a battle of the genders, but one imagines the actual dispute will hinge on use of the term ‘Scout’ rather than the gendered terms. (TJL)

Sweden introduces modernised trademark rules –New legislation in Sweden, announced by the Riksdag, will lead to “modernised and simplified” trademark rules in the Scandinavian country. The requirement for symbols to be reproduced graphically to be recognised as trademarks has been dropped, which will make it easier to register sound or motion trademarks. The statement read, “The government notes that trademarks have acquired an increasingly important role in company development, both in Sweden and globally. For Swedish companies to be able to compete in the best possible way, the rules need to be simple, predictable and neutral.” These changes will align Swedish trademark law more closely with other EU countries and will come into force on 1 January 2019. (BD)

Peter appointed USPTO deputy director – US Secretary of Commerce Wilbur Ross this week announced the appointment of Laura A Peter as deputy director of the US Patent and Trademark Office (USPTO). Beginning the role next week, Peter will work alongside USPTO director Andrei Iancu to oversee the operations and management of the registry. She most recently held the position of deputy general counsel at technology company A10 Networks in California. In that role, she provided legal counsel on matters including commercial transactions, intellectual property (IP), licenses, litigation, and regulatory compliance. She has also worked as vice president and general counsel at Immersion Corporation, director of IP at Foundry Networks, and as a commercial and IP litigator at  Townsend, Townsend and Crew (now Kilpatrick Townsend & Stockton LLP). In announcing the appointment, Commerce Secretary Ross said: “[She] brings a breadth of experience and a deep understanding of intellectual property issues to her new role as deputy director of the USPTO. She will be an asset to our administration as we look to increase reliability and balance in the intellectual property system, as well as provide more predictability so that businesses can grow and invest with confidence.” (TJL)

BOIP announces fee changes – The Benelux IP Office (BOIP) has announced a slew of fee changes which will come into effect from January 1 2019. For trademarks, the fee for trademark applications and renewals “will no longer cover three classes of goods or services”, according to information on the BOIP’s website. This will see a basic fee covering a single class (€235), with an additional fee paid for each additional class of goods or services. “The same fee structure is also in use by EUIPO and many of the EU Member States,” states the BOIP post. “The aim is to encourage registration of trademarks for the goods and services for which they will actually be used, and to prevent the descriptions to be too broad. A good description of the goods or services can prevent unnecessary conflicts with other trademark holders.” The full list of new fees can be found here. (TJL)

Counterfeit Mini ad lauded as one of the best – Australia media and marketing website Mumbrella has published a column on well-regarded advertising campaigns, with one based around counterfeits being selected. The column focuses on ‘The Counterfeit Mini’ ad campaign from 2005, which BDO China’s group creative director Mukund Olety had selected as his favourite campaign of all-time. “The thinking is super logical,” he explained. “It’s only iconic things and brands that get ripped-off. Rolex Watches, Ray-Ban sunglasses. And yes, Mini Coopers. A fictitious organisation, the Counter Counterfeit Commission (CCC) was set up to warn people about the counterfeit Minis and give a crash course on how to spot a genuine one.” One of the 60-second commercials pointed users to a website, which educated people on how to “spot a fake” Mini Cooper. While not all brands could use the threat of counterfeits as a market ploy, it appears that Mini’s 2005 campaign struck a chord back in 2005. (TJL)

Ashurst boosts IP practice – International law firm Ashurst has bolstered its intellectual property team in Sydney with the appointment of Nina Fitzgerald as a partner. While her practice primarily focuses on patent litigation, she has also acted in IP matters involving trademarks, copyright, designs and confidential information. She joined from Deacons in Hong Kong, a firm she has been at since 2015. Responding to the appointment, Ashurst’s global IP head Lisa Ritson said: “Nina's appointment is a key part of our strategy to continue to invest in our first tier IP practice in Australia and to build the firm's global intellectual property footprint. Nina is a highly regarded and accomplished practitioner whose outstanding expertise in patent litigation will enhance our leading IP practice and add real value to our clients." (TJL)

Vadim Braginsky heads to Cozen O’Connor – Cozen O’Connor announced in a press release that IP attorney Vadim Braginsky will be joining the Minneapolis office as counsel. He brings nearly 20 years of experience and has a background in electrical engineering. Braginsky is the seventh attorney to join the firm’s IP practice in the past four months. (BD) 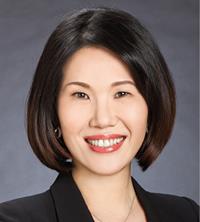