Every Tuesday and Friday, World Trademark Review presents a round-up of news, developments and insights from across the trademark sphere. In today’s edition, we look the Qatari government continuing its counterfeit crackdown, a cheese stand-off between the European Union and Mexico, claims that multimedia trademarks could transform the video game industry, and reports of police in Pakistan using counterfeit firearms. Coverage this time from Trevor Little (TL), Tim Lince (TJL), Adam Houldsworth (AH) and Timothy Au (TA).

Edible Arrangements files $209M suit against Google over rival ads – Edible Arrangements, a Connecticut-based fruit baskets business, has filed a federal lawsuit against Google claiming that the technology giant has ignored its brand name in search results and prioritised the placement of its rivals’ advertisements. The complaint states that searches on Google for ‘Edible Arrangements’ returns results for the generic term ‘edible arrangements’, which leads to products sold by rival companies being shown instead. The fruit arrangement company is seeking over $200 million in damages from Google for trademark infringement and another $9 million from advertising revenue that it estimates the search giant has earned as a result. (TA)

EUIPO switches banks – On February 17 the BBVA bank account used by the European Intellectual Property Office (EUIPO) - to which users may transfer fees, current account replenishments and charges – was replaced by one with Banco Santander. While the office’s CaixaBank account remains unchanged, users should note the change if they were previously using BBVA. To facilitate a smooth transfer, the office notes that it will temporarily continue to accept transfers sent to the BBVA account for a period of several weeks. However, users should note the change now. Full details are available here. (TL)

Sweden considers prison terms for “gross infringement” – This week details have emerged of a proposal that would create crimes of “gross infringement” under copyright and trademark law in Sweden, with sentences of up to six years in prison being considered. TorrentFreak reports that prosecutors in the country have been seeking tougher laws on infringement in recent years, and the proposals presented by Council of Justice member Dag Mattsson would see the establishment of “special” punishments to tackle large-scale copyright infringement and “serious” trademark infringement. Whether the legislative amendments enter into force on July 1 2019 as proposed remains to be seen, but it is a sign that the mood against infringers in Sweden is hardening. (TL)

Another Stolichnaya victory in the bag for SPI Group – It has been reported that SPI Group has achieved another significant legal victory in its long-running dispute with state-owned FKP Soyuzplodoimport concerning the former’s ownership of the Stolichnaya and Moskovskaya trademarks. The Appellate Court of Linz recently handed down its decision affirming that SPI had ownership of both marks in Austria. The decision was especially important as the court held previous Dutch interim judgement and decisions – in which it was decided that SPI did not have rights to the aforementioned brands in Benelux – did not have any binding effect on the Austrian proceedings. Additionally, a number of court experts were utilised who concluded that Russian limitation law applies, which precluded the Russian government’s claims. Thus, SPI’s loss in the Netherlands now appears to be very much an anomaly, as it continues to achieve victories across multiple jurisdictions, including Australia, the United States and Brazil. (TA)

Beyoncé accuses Blue Ivy business owner of money-grabbing – Pop icon Beyonce Knowles has claimed that an opposition to her trademark application for Blue Ivy Carter is motivated purely by a desire to extract money from her. It is alleged that Veronica Morales, owner of the Blue Ivy wedding planning business, challenged Beyonce’s filing while also proposing that she be paid $10 million to enter a business partnership with the star based on the Blue Ivy brand. This, Beyonce’s lawyers argue, shows her opposition is being made in bad faith. (AH)

Penfolds copycats risking Brand Australia says wine executive – An infringement suit has been launched in Australia and China by Treasury Wine Estates against Chinese entity Rush Rich, which it accuses of copying its Penfolds brand. This is the latest in a series of trademark spats the Australian company has been embroiled in. In January 2017, it won a groundbreaking decision before the Chinese courts, allowing it to use the name Ben Fu – the transliteration of Penfolds – which had been registered under China’s first-to-file system by an alleged trademark squatter.  Now Treasury is going after an Australian entity, which it claims is selling an imitation of its Penfold brand in Australia and China; Rush Rich is said to be an imitation of Ben Fu, which literally translates as “to rush”. CEO Michael Clarke described the behaviour of alleged copycats as “unconscionable”, and claims it is compromising the success of Brand Australia overseas; adding that he was “putting on notice any bad faith operators in Australia”. (AH)

Qatar continues crackdown on fakes – The Qatari government’s Ministry of Economy and Commerce (MEC) has announced it has carried out a surprise inspection targeting fake foods. According to local media, the MEC discovered a shop in the Muaither area of Doha selling counterfeit canned fruits bearing the mark of an original National Product brand. The shop’s owner was issued with a fine for violating the provisions of Law No. 9 of 2002 regarding trademarks, commercial records, geographic indicators, designs and industrial models. The move by the MEC is part of a broader campaign aimed at cracking down on counterfeit products in an attempt to curb the proliferation of fake goods in Qatar. The ministry vowed “not to tolerate any violation of the intellectual property rights laws and will refer the violators to competent authorities for legal action” – a positive sign for both domestic and international rights holders. (TJL)

Cheese stand-off putting the brakes on international trade deal – A dispute between the producers of Spain’s manchego cheese and their Mexican counterparts – accused of “crude plagiarism” of the EU protected designation of origin product – garnered mainstream media coverage this week. What affords this dispute particular significance, The Guardian reports, is that the standoff is seemingly holding back a new trade deal between the two countries. It reports: “Such is the controversy over the matter that it has been one of the issues in talks aimed at sealing a new version of an 18-year-old trade deal between the EU and Mexico. The Europeans want exclusive right to the ‘manchego’ name, along with other products. But that is a problem for cheese producers in Latin America’s second-largest economy, where Mexican manchego represents nearly 15% of total cheese sales.” With the National Chamber of Dairy Industries in Mexico stating that it will continue using the name, there appears to be no end to the stand-off in sight. (TL)

Cops brandishing fake firearms – A number of years ago, we reported on a photo which seemingly showed a Chinese police-owned Mercedes-Benz whose three-pointed star badge had been replaced by a Honda logo. One commentator suggested it could be an attempt to deceive taxpayers who may otherwise accuse the state of buying luxurious cars. However, we argued that it was an embarrassing photo for the Chinese authorities – not least because the premier had recently claimed that “the Chinese government attaches great importance to IP rights protection”. This week, authority-owned ‘counterfeits’ were back in the headline, with the news that members of Pakistan’s Punjab Police have been issued counterfeit Beretta pistols. The Express Tribune reports that an inquiry revealed that around half of the firearms it examined were fakes, with the document noting that the use of counterfeit weapons needs to be urgently addressed before “an awful scandal” ensues. The use of fake weapons is also not without risk for the police brandishing them, making it critical that action be taken. (TL)

Multimedia trademark to change gaming industry – The introduction of new EU multimedia trademarks could have a big impact on the video games industry, argues a recent blog by Games Industry. The move, it claims, would make gameplay mechanics easier to protect and potentially eliminate game cloning. The previous requirement for trademarks to be graphically represented made it difficult for the games innovators to register brand rights which captured the underlying mechanics,  ideas or mechanics of their products, which are also not easy to protect using copyright laws, and must meet stringent novelty standards to be covered by (often expensive) patent rights. This is the reason, the blog argues, for the “epidemic” of game cloning that now exists; while new multimedia registrations which can be expressed in for a broader range of forms could be “a powerful tool in the intellectual Property armoury of any developer or publisher”. (AH)

Brandsight releases beta of “new generation” platform – Domain name software company Brandsight has released the beta release of its corporate domain management platform. According to the press release, the beta is currently being used by “some of the world’s most well-known brands”. Subsequent feedback from users during the beta period will be used to fix bugs and enhance the platform before its full release. Commenting on the release, Brandsight CEO Phil Lodico said: “After meeting with some of the world’s largest corporate domain portfolio owners, we’ve taken a fresh look at domain name management, and built a solution that ensures data integrity, streamlines processes and provides greater insight. We are just getting started, our vision is to continually innovate by partnering with our clients and building solutions that meet their needs, especially as the domain name environment continues to evolve.” (TJL)

Ashurst strengthens IP team – Ashurst has announced the appointment of David Wilkinson as a partner in its London disputes team. Wilkinson, who has over twenty years' experience of handling disputes and transactions involving trademarks, copyright, designs, patents and confidential information, joins from Clyde & Co. Commenting on the appointment, Simon Bromwich, head of the firm’s disputes division, commented: "The appointment of David is a key part of our strategy to develop the firm's IP practice, with a particular immediate focus in London. David's expertise in covering both contentious and non-contentious work in a broad range of areas is also a perfect complement to our existing international IP capabilities.” (TL)

Time running out to have your say on the state of the industry – World Trademark Review is currently inviting industry practitioners to participate in the Global Trademark Benchmarking Survey, which measures the pulse of the industry, tracks industry trends and identifies how practice is evolving to counter new threats and embrace fresh opportunities. Participation in the survey is free of charge and designed to give counsel – both in-house and in private practice – the opportunity to have their say on the state of the trademark industry. The survey window closes next week and the survey form for in-house/corporate counsel is available here. The survey form for law firm practitioners is available here. (TL) 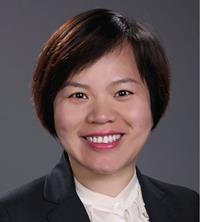