For the next instalment of our series on physical marketplaces around the world that reportedly have a counterfeit goods problem we headed to Paraguay. Read more here.

The Australian government is considering whether to compulsorily acquire the rights to use the Aboriginal flag on public policy grounds. Read more here.

Producing excellent work consistently can’t be achieved by simply hiring impeccable talent. WTR spoke to Winkler Partners' Mark McVicar about what it takes to be an effective team leader and the keys to finding and refining junior talents. Read more here.

Kicking off a deep data dive into filing activities at the top Asia-Pacific registries, we revealed how a number of changes to the South Korea trademark system have helped to better protect applicants and brand owners, creating one of the most stable registers in the region. Read more here.

In our Tuesday news digest, we looked at Traeger Grill filing a lawsuit against a rival grill maker, the European Commission reporting on seizures of fakes, how strong emotions are linked to brand perception, and much more. Read more here.

We announced that, following the success of this year’s event, Managing Trademark Assets Europe will be returning to London on 28 January 2020. Among the areas to be explored are budget management, dispute resolution tactics, best practices around diversity and team building, and how to fight counterfeits on a finite budget. Read more here,

An investigation from WTR found that the issue of fraudulent specimens of use in trademark applications at the USPTO persists, with the challenge facing the office now being to track the latest tactics used to evade detection. To that end, we identified how those submitting suspicious specimens are evolving their approach. Read more here.

The European Union Intellectual Property Office and European Patent Office have launched the third edition of a study that examines the economic impact of IP rights across the EU. We presented the top takeaways. Read more here.

LegalForce RAPC Worldwide has initiated legal action against the USPTO and accused it of “retaliation against political opponents”. While the office has declined to comment, the filing represents a continuation of the conflict between the office and RAPC, with Raj Abhyanker, founder of the latter, also providing WTR with an update on his plans to purchase the Trademarkia platform. Read more here.

Jennifer McDowell has replaced Deborah Cohn as the director of the INTA Washington DC office. In an exclusive interview she explained her biggest priorities for the office. Read more here.

In the second part of our Africa focus, we turned the spotlight to South Africa, revealing what rights holders need to know about the country's licensing regime. Read more here.

We posted a reminder that WTR is seeking nominations for the next edition of WTR 300: The World’s Leading Corporate Trademark Professionals. Nominate now to ensure that the important work undertaken by your in-house peers and colleagues receive the recognition they deserve. Read more here.

Last weekend marked the 80th anniversary of Batman – continuing a busy period for DC Comics. In this week’s data analysis focus we explored how it approaches the protection and enforcement of brand assets that will prove key weapons in the current streaming wars. Read more here.

INTA’s release of a Brands Manifesto, the Paraguay IP Office conducting another counterfeit crackdown, fee changes in New Zealand, Liverpool’s decision not to appeal a UK Intellectual Property’s rejection of an application for the term LIVERPOOL, and much more, featured on our Friday news digest. Read more here.

New research has revealed that, while almost two-thirds of legal services buyers are concerned about being a defendant in IP litigation, a quarter of companies that have a specific IP strategy in place state that it does not deal with litigation threats. Read more here. 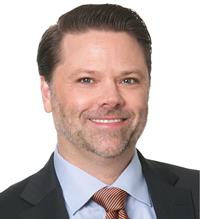