A wide-ranging opinion recently issued by the Supreme People’s Court provides guidance on how the courts can better protect IP owners’ rights and promises to support trademark owners’ anti-counterfeiting actions.

In the Opinion on Comprehensively Strengthening the Judicial Protection of Intellectual Property, the Supreme People’s Court indicates that lower courts should consider not only the similarities between marks and designated goods, but also the distinctiveness and reputation of marks.

In previous trademark disputes, the courts have tended to focus solely on the similarities between the marks and the designated goods. Copycats – who register marks similar to famous marks and then produce counterfeit products using their registered mark – abound in China. Genuine owners need to invalidate these marks before they can bring an action against counterfeit products. Courts that look only at the similarities between the marks might not rule in favour of the real owners, which would then be unable to bring a successful anti-counterfeiting action. The lack of protection for genuine owners of famous marks in China is highly damaging to the entire trademark regime. The opinion therefore requests courts to consider the reputation of a mark when determining trademark disputes. Real owners can provide evidence of use to prove the high reputation of their marks. The court should then consider the reputation of the mark and make a reasoned decision. This represents a positive step for genuine trademark owners.

The Supreme People’s Court goes on to indicate that lower courts should fully use their discretion to interpret the law and give reasoned judgments to prevent bad-faith applications and, more generally, to strengthen the trademark registration system in China.

Previously, courts have been reluctant to develop trademark jurisprudence and have rigidly adhered to statutory provisions. This approach hinders trademark practice and goes against the spirit of the Trademark Law, which seeks to protect the interests of genuine trademark owners. The opinion encourages the courts to give proper explanations when rejecting bad-faith filings. When copycats try to register their own marks to produce counterfeit productst, genuine trademark owners should be able to rely on case law to defeat them.

The Supreme People’s Court has also called for increased protection for well-known marks and a reduced burden of proof for their owners.

The 2014 amendments to the Trademark Law prohibited the use of the words “well-known trademark” on goods, packaging and containers, and since then owners have been unable to promote their marks as well known. Instead, well-known trademark status must be obtained in specific cases. The original intention of the amendment was worthwhile, but, in practice, it is extremely hard for a trademark to gain well-known status in China. The Trademark Office does not set a standard for evidentiary requirements. Owners usually provide a large amount of evidence but ultimately fail to have their marks recognised as famous. As a result, owners are sometimes reluctant to protect their rights and act against counterfeiters, even when their own marks are being used. This is especially true when the counterfeit products are dissimilar to the owners’ main products. But this opinion represents a significant improvement, and more robust judicial action should also guide and invigorate administrative anticounterfeiting efforts.

The Supreme People’s Court also calls for a greater crackdown on, and improved remedies for, online IP infringement.

The e-commerce market in China is relatively unregulated and chaotic, making it difficult for trademark owners to act against counterfeit products available online. Although more and more counterfeiters are trading over the Internet, there is as yet no law standardising online platform rules. Instead, different platforms have different complaints procedures for the removal of counterfeit products. For example, some will request a trademark certificate from a complainant before taking any action, but others will require owners to supply more documentation. Even if rights holders provide all the requested documentation, the link to the counterfeit products online may not necessarily be taken down because the final decision rests with the platforms.

In its opinion, the Supreme People’s Court requests better regulation of e-commerce, particularly for takedown procedures, to facilitate rights holders’ challenges to counterfeit products. When handling disputes, the courts are urged to reduce the burdens on good-faith complainants, which would encourage owners to enforce their rights online, without fearing penalties if their complaint does not prevail. On the other hand, the court should call bad-faith complainants to account and ensure that they are not unjustly enriched.

The completion of the rules for e-commerce will make it easier for rights holders to act against counterfeiters while building a better online environment.

Domestic entities petitioning a court need only supply the original documents. Foreign entities, however, must supply the court with notarised and legalised documentation, proving the entities are operational and can participate in litigation.

While this is a legitimate purpose, it is very inconvenient for foreign companies. The court needs the documents to be signed by a ‘legal representative’, meaning the representative of a legal entity who has the right to sign on behalf of the legal entity. However, not all countries recognise the concept of a legal representative as defined in China’s Corporation Law, which makes it difficult for foreign companies to make correct filings and may deter them from bringing lawsuits altogether.

The recently issued opinion simplifies the legalisation procedure, making it more convenient for foreign companies. This should mean that in future, more and more foreign companies will bring anti-counterfeiting actions.

The opinion advocates a different method of calculating damages in infringement actions, including checking the data from the tax bureau, third-party platforms and industry average profit. Also, courts should consider the value of the related intellectual property, the subjective fault of the infringer and the duration and results of the infringements when determining the level of compensation.

Apart from the above points, the opinion also requests courts to take measures such as reducing the costs and shortening the period of litigation, which will be beneficial for trademark owners bringing actions against counterfeit products.

With the completion of the related laws and regulations, and the support of the national policy outlined by the Supreme People’s Court, trademark protection in China will continue to improve. 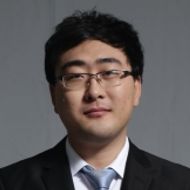 Guangdong (Arthur) Wu graduated from Beijing University of Posts and Telecommunications in 2013, majoring in e-commerce and law. Mr Wu began practising in the trademark area in 2014. His main areas of practice are in the fields of trademark prosecution, opposition and invalidation, administrative litigation, customs recordal, copyright and domain names. Mr Wu has handled hundreds of trademark opposition and invalidation actions and has a great deal of experience in this field. In 2015-2016, he successfully represented Giorgio Armani Spa to oppose and invalidate copycat trademarks. He successfully represented Outrigger Hawaii to oppose a copycat’s trademarks on the basis of prior copyright up to the second instance of litigation. He is currently assisting clients, including FIAT, IVECO and DSM to protect their trademark rights in China.