Every Tuesday and Friday, World Trademark Review presents a round-up of news, developments and insights from across the trademark sphere. In our latest edition, we look at Under Armour launching a trademark suit against a competitor, how online searches for fake fashion is soaring, the massive portfolio of confectionery brands that has been sold off and details of the IACC’s latest training programme. Coverage this time from Trevor Little (TL), Tim Lince (TJL), Adam Houldsworth (AH) and Timothy Au (TA).

Massive portfolio of famous confectionery brands sold off – Huhtamaki, a Finland-based global packaging manufacturer for food and beverages, has announced that it has sold its confectionary trademark portfolio, including the trademarks, associated licensing agreements and royalties for numerous well-known confectionary brands. The assets were acquired by Highlander Partners, a private investment firm based in Texas, which had already made two previous investments in the confection space in the last two years. The portfolio of ten brands – which includes Jolly Ranchers, Good & Plenty, Milk Duds, Sixlets, Heath, Payday, Whoppers, Zero, Chuckles, and Good & Fruity – will continue to be licensed to The Hershey Company under the same terms and conditions as before. The deal serves as a reminder of the attractiveness of strong brands to private equity. (TA)

Online searches for fake fashion items soars, research suggests – According to a new study, online searches for fake and replica versions of fashion brands have increased dramatically in recent years, with a 500% rise in the past 24 months. The research reveals that trendy apparel brand Supreme is targeted by more searches for its fake versions than any other brand, with Christian Louboutin and Michael Kors coming second and third respectively. The findings make distressing reading for fashion brands, and suggest that in seeking to tackle counterfeit sales, it needs to be borne in mind that many consumers – indeed, an increasing number – are deliberately seeking out knock-off garments. (AH)

Brands look to Indonesia – Over on the MARQUES Class 46 blog, Januar Jahja & Partners’ Andrew Diamond provides an update from Indonesia, which began officially accepting Madrid applications on January 2 2018. Diamond reports that, to date, the Indonesian Trademark Office has published the first two batches of international applications it has received, with 371 international applications including designations of Indonesia. The applications have now been published for oppositions. Meanwhile, only six Indonesian entities have used Madrid to file outside the country, but Diamond predicts that this number “is certain to grow in the future when local businesses become more used to and aware of the new system, coupled with a growth in branding”. (TL)

WHO anti-tobacco-counterfeiting protocol moves closer to achieving required support – The implementation of a World Health Organisation protocol intended to counter illegal trade in tobacco came closer this week with India declaring its support. The Protocol to Eliminate Illicit Trade in Tobacco Products proposes measure to control illicit – including counterfeit - trade in tobacco by tracking and tracing the sale of products globally, coordinated law enforcement measures, and other forms of international cooperation. The support of 40 countries by July 2nd is required to bring the protocol into action, with India being the 37th country to sign-up. Among the most dangerous fake products, counterfeit tobacco poses serious public health risks and , according to Dr Tedros Adhanom Ghebreyesus (director general of the WHO), “creates a shadowy market that... fuels organized crime and deprives government of tax revenues”. (AH)

IACC provides details on Houston training – The International Counterfeiting Coalition (IACC) has provided details on law enforcement training it conducted recently in Houston, United States. The training programme was given to members of Homeland Security Investigations, US Customs & Border Protection and local law enforcement. In all, training was provided for 54 law enforcement attendees, who were all given the latest information on the product lines of 40 rights holders – all of which were on hand to explain the means of identifying counterfeit goods. It’s a demonstration of the good work being conducted by the IACC, and the tangible benefit that work has for the rights holder community. (TJL)

After impressive sunrise, ‘.app’, Google pockets significant access fees – This week on World Trademark Review we reported on the high level of sunrise registrations in the ‘.app’ new gTLD. The string has long been cited as one of the new gTLD blockbusters, and – financially – it has hit the ground running. Over on The Domains, Michael Berkens has got his calculator out and estimates that Google – who paid $25 million for the string at auction – has made over $1.7 million in fees through the second day of its early access period. At time of writing the string boasts 4,139 domains in total and hits general availability next week, at which point the cost to register will fall dramatically. Expect the numbers to rise significantly at that point. (TL)

Under Armour launches new trademark suit against competitor – It has been reported that sports and footwear maker Under Armour has filed a complaint against Steven Cersonsky and Armore Fitness – which makes and sells wearable arm exercise products – for trademark infringement, trademark dilution, unfair competition and cybersquatting. This is the latest development in a years-long dispute between the parties. In 2015, Cersonsky attempted to register ARMORE as a trademark but the Trademark Trial and Appeal Board refused his application after Under Armour filed an opposition in 2016. Following continued use of the mark, Under Armour has now launched a lawsuit at the district court for the District of Maryland. It claims that both defendants have infringed the UNDER ARMOUR mark, as well as other ARMOUR-formative marks, with the use of phrases such as ‘Armored’, ‘Get Armored’ and ‘Armore Up’. (TA)

Bugnion adds trademark expert – Bugnion SpA has announced that Fabio Angelini has joined our firm. Of counsel in Bugnion’s Rome office, Angelini has been practicing IP law for over 20 years and since 1995, both in private practice and in-house. His practice focuses on trademarks and the management and protection of intellectual property rights at national and EU level. (TL)

Venezuelan firms merge – On May 1 2018, IP firm Markven Propiedad Intelectual merged with the Venezuelan firm Antequera Parilli & Rodriguez (AP&R). A press release announcing the move states that “AP&R has stood out for more than 35 years for its evolution and constant search for excellence, extending its practice to other areas related to the protection of intangibles, such as advertising law, entertainment and electronic Commerce, including legal issues associated with social networks”. The joint firms will practice under Antequera Parilli & Rodríguez' name. (TL)

Yum added to Bereskin & Parr – The Toronto office of Bereskin & Parr has welcomed Jennie Yum as an associate and member of its trademarks practice group. According to her firm profile, Yum’s practice focuses on trademarks clearance and prosecution, copyright law, and related litigation support. Prior to commencing her legal career, Jennie spent more than five years working as a medical writer in the pharmaceutical industry. (TJL)

Zico Law reveals merger – ZICO Law has announced the merger of Indonesian boutique  Teras Narang & Partners (TN&P) into Roosdiono & Partners (R&P), effective as of May 2 2018. R&P, a member of ZICO Law, retains its name after the merger. TN&P was formerly a boutique litigation firm led by managing partner Agnesya Narang, whose  areas of expertise include intellectual property litigation disputes in intellectual property, commercial, civil and arbitration. Agnesya will be joining R&P as a litigation partner. (TL) 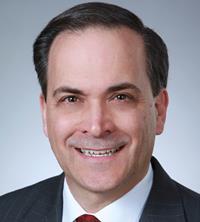