Every Tuesday and Friday, World Trademark Review presents a round-up of news, developments and insights from across the trademark sphere. In today’s edition, we look at an education initiative from the UKIPO which has received some criticism, Canada Goose’s attempt to tackle a network of unnamed counterfeiters, and a three-time Super Bowl champion’s efforts to tackle fakes on social media. Coverage this time from Trevor Little (TL), Tim Lince (TJL), Adam Houldsworth (AH) and Timothy Au (TA).

Redskins dispute returns to lower court – The ongoing trademark dispute over the Redskins team name has been sent back to a lower forum by the US Court of Appeals. The move is part of the long-running effort to invalidate six registered trademarks owned and used by the Washington Redskins NFL team brought by Native Americans who regard the branding as offensive and, therefore, invalid. The Trademark Trial and Appeal Board (TTAB) agreed with the challengers, ruling to cancel the marks in 2014 – a decision upheld by a federal district court judge. The team subsequently took the case to appeal, but following last year’s ground-breaking Matal v Tam Supreme Court judgement – which established that the ban on offensive trademarks was unconstitutional – the matter has now been referred by appellate judges back to an ordinary district court for another hearing. We will have to wait to see if the case will be decided differently in the light of the Matal v Tam ruling. Whatever way it goes, there’s little end in sight. (AH)

Chinese trademark applications break another record – Applications to the Chinese trademark office exceeded 5.7 million in 2017, up over 55% year-on-year. Both of those figures are record highs. According to local press outlet Xinhaunet, the majority of those applications were made online thanks to the office’s streamlined trademark process. In total, there are 14.92 million registered trademarks in the Chinese register. It is difficult to imagine this growth being sustainable and for 2018 to also be a record-breaking year – but when it comes to the subject of growth in China, you never know. (TJL)

Local Portland brewer emerges victorious in years-long trademark battle – It has been reported that a long-running trademark dispute between Old Town Brewing, a local Portland brewer, and the city of Portland over the use of a famous white stag logo has finally come to a close. The city had registered trademark rights to the logo over seven years ago, but this did not include rights in the alcoholic beverages domain, which Old Town Brewing has maintained exclusive rights to. The city had spent several years contesting these rights, which resulted in three denials from the trademark office. This week, city officials announced they would no longer pursue trademark rights for the logo on alcoholic products; while Old Town Brewing will not allow the use of the logo on any alcohol-related products or packaging, it will permit the city to license it for specific alcohol-related uses, such as for festivals, events and advertising for local trade organisations. (TA)

Canada Goose takes on network of Chinese counterfeiters – According to the Chicago Tribune, Canada Goose filed a trademark infringement suit in federal court in Chicago last week against a network of unnamed Chinese counterfeiters allegedly marketing fake Canada Goose merchandise across hundreds of unauthorised websites. The lawsuit claims that it is “virtually impossible” for the company to learn the identities of the defendants, but that all the websites share “unique identifiers”. In addition to the enforcement of its rights through legal avenues, the company has also taken steps to help customers identify fake products by providing a URL search tool on its website to verify authorised online retailers. The same page also aims to educate customers on how to spot an imitation based on the Arctic Disc, fur ruff and hologram label of its products. Price is also highlighted as an indicator, with the website warning: “If it seems too good to be true, it probably is.” (TA)

USPTO confirms it can operate during US government shutdowns – While the shutdown of the US government has come to an end, there was one interesting takeaway for IP practitioners: the US Patent & Trademark Office (USPTO) confirmed that it can operate during federal government shutdowns. Shortly after the US Senate failed to agree on a spending bill last Friday, the USPTO explained in a blog post that it would be able to continue “because the agency has access to prior year fee collections” which enables it to operate normally “for a few weeks”. It added: “Should the USPTO exhaust these funds before a government shutdown comes to an end, the agency would have to shut down at that time, although a very small staff would continue to work to accept new applications and maintain IT infrastructure, among other functions.” This is positive news for practitioners who may have been concerned about delays to applications for if, or when, the government shuts down again. (TJL)

Ex-NFL star joins anti-counterfeiting team – A three-time Super Bowl champion has launched a company dedicated to finding and removing counterfeit goods from Amazon and Facebook. As reported by Crunchbase, NFL star and analyst Darren Woodson recently completed a $1 million-plus funding round for his Dallas-based company CounterFind. The firm claims to have 50 brands as clients, including WWE, Universal Music Group, and rock band Linkin Park (members of which, according to the article, were “so impressed” with the company’s work that they became investors). A key differentiator for the company is reportedly that it provides internet-based software that plugs directly into Amazon and Facebook’s API, and uses a proprietary filtering formula to find counterfeit merchandise in real-time and subsequently removing it. “CounterFind automates the process and saves customers both time, and money because the faster you get those products down, the less fake products get sold,” claims Woodson. There are, of course, dozens of technology startups in the anti-counterfeiting space that have made big promises in recent years. The hope is that fierce competition should mean innovations coming at a faster pace. (TJL)

Scepticism over the UKIPO’s IP education initiative – Techdirt has published a scathing critique of the UK IP Office’s new initiative to teach young children about copyright and trademark law. For background, the IPO has produced a range of materials for seven-to-11 year olds to teach key concepts of intellectual property. It includes a cartoon series called Nancy and the Meerkats, featuring a bulldog called Nancy, a cat nemesis called Kitty Perry, and friends including Justin Beaver and Ed Shearling. One episode, for example, is about the importance of choosing an original band name and registering it as a trademark. According to the BBC, the IPO has spent £20,000 on the campaign, with additional funding from the UK music industry. The Techdirt op-ed derided the programme as “absolutely bonkers”, and claims the move is “propaganda” and “insane”. It even questions how one video teaching parody law could overlap with actual UK law. “While UK law is more stringent on free speech when it comes to so-called "insulting" speech, it seems far too simple an explanation to state that any parody that is found insulting would be illegal,” suggests the column’s author Timothy Geigner. “Let's say, for instance, that Ed Sheeran considers this parody depiction of him, complete with an anti-piracy message that comes off as the opposite of his own, is insulting. Is the UK's IPO really saying that its own video suddenly becomes illegal?” A post on IPKat makes a similar point, stating: “For those who remember the Moshi Monsters dispute over Lady Goo Goo (who appeared together with Dustbin Beaver), it is particularly surprising that the UK IPO has adopted these names for its cartoon”. But on the broader point of effectiveness, it is difficult to ascertain what feedback the UKIPO has received from the initiative. Comments have been disabled on the videos, although the trademark-focused video has 45 dislikes to just 12 likes at the time of writing. (TJL)

Fingerhut becomes office managing member at Dykema – US law firm Dykema has appointed Eric Fingerhut as its office managing member of its Washington DC outpost, succeeding Paul Laurenza. A long-serving member of the firm’s IP group, Fingerhut has a quarter-century’s experience across the soft IP gamut and previously led Dykema’s trademark team. This is the firm’s second big personnel announcement in as many weeks, with Dan Harkins recently unveiled as the new head of IP. (AH)

Hubert reinforces Duane Morris’ Texas IP team – It has been announced that Pierre J Hubert has joined Duane Morris’s Austin, Texas office as a partner in its IP practice group. Hubert – who was formerly a principal at McKool Smith – specialises in patent infringement matters relating to electrical and computing technologies. He joins the fledgling Austin team, which was established in October 2017. (AH)

Latest litigation guide released – World Trademark Review has published the latest edition of its free-to-view guide to litigation procedures worldwide. For trademark professionals, litigation is usually the action of last resort or launched only when faced with critical brand challenges. When it does become unavoidable, it is essential to create a robust strategy, taking into account the applicable systems and procedures in the relevant jurisdiction. Reflecting this, our Trademark Litigation 2018: A Global Guide serves as an invaluable reference guide to the litigation regimes in 16 important jurisdictions. (TL) 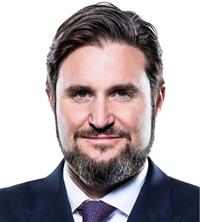