Every Tuesday and Friday, WTR presents a round-up of news, developments and insights from across the trademark sphere. In our latest edition, we look at the Lazada Group joining Alibaba’s IP protection platform, rapper Cardi B having a trademark application denied, the UKIPO granting its first multimedia mark, the new Benelux director general begins work, and much more. Coverage this time from Trevor Little (TL), Bridget Diakun (BD), Jonathan Walfisz (JW)  and Tim Lince (TJL).

Lazada Group joins Alibaba’s IP protection platform – One of Southeast Asia’s most popular e-commerce platforms, Lazada Group, has announced that it will join Alibaba’s IP protection platform. Previously users had to have their online infringement claims processed by email. Now the Lazada has signed on to its parent company’s tool that allows brand to request the removal of infringing products using an online infringement-claims processing system. CEO of Lazada Group, Pierre Poignant, says that this shows the company’s ‘continuous efforts to work hand in hand with brands to ensure that IP policies are enforced’. Lazada had trialled the program last October, and by the time it fully launched on June 28 there were 400 accounts registered. Asian e-commerce platforms have been highly criticised in the past for the proliferation of counterfeits, and this initiative shows the commitment of the bigger players to improve their reputation. (BD)

Singapore confirms plain packaging regime start date – Back in February 2018, we revealed that Singapore’s Ministry of Health had opened a public consultation on plain packaging on tobacco products. A year later, amendments to Singapore’s Tobacco (Control of Advertisements and Sale) Bill were passed, confirming that plain packaging on cigarette products would be introduced in Singapore. This week, it was confirmed by Singapore’s Ministry of Health that tobacco products sold in the country must have standardised packaging from July 1 next year. According to The Strait Times, the changes will apply to all tobacco products, including “cigarettes, cigarillos, cigars, beedies, ang hoon and other roll-your-own tobacco products”. The move adds to the growing list of countries that have implemented such a measure, and will be introduced two months after the world’s trademark community visits Singapore to attend the International Trademark Association’s 2020 Annual Meeting. (TJL)

Cardi B’s Okurrr trademark application denied – The USPTO has rejected American rapper Cardi B’s application to register a trademark for the catchphrase “Okurrr”. The rapper’s ersatz ‘okay’ was adapted as a signature because “okay is played out”, according to Cardi B. Notwithstanding, the USPTO disregarded her application because the mark is a commonplace term expression. In the evidence submitted alongside their decision was the use of the term or expression had been used by celebrities such as the Kardashians as well as being commonly used within the drag community. (JW)

SCOTUS to decide on need for willingness before disgorging profits – Over on Lexology, there was much discussion on the Supreme Court of the US granting certiorari to Romag Fasteners Inc’s case against Fossil Inc. Romag initially sued Fossil for infringing on their magnetic snap fastener trademarks, violating section 1125(a) of the Lanham Act. Although a jury determined Fossil liable to disgorge profits of near to $90,000, the district court did not uphold that Romag was owed the money. The money was not granted due to a lack of willingness proven. The petition to the Supreme Court centres on a dispute that splits the circuits 6-6. Section 1117(a) of the Lanham Act is written as follows: “When a violation … under section 1125(a) or (d) of this title, or a willful violation under section 1125(c) of this title, shall have been established in any civil action arising under this chapter, the plaintiff shall be entitled … subject to the principles of equity to recover defendant’s profits.” The dispute is over whether the requirement for “willfull violation” pertains only to section 1125(c) or also includes 1125(a) and (d). The Supreme Court has scheduled the decision for October 2019. Watch this space. (JW)

Flying V Gibson guitar trademark crash lands in the EU – More guitar-related trademark news this week from Gibson. The Second Chamber of the EU General Court (EGC) has decided that Gibson’s trademark application for its Flying V guitar shape does not fit the criteria of distinctiveness. Although the court recognised that the shape was original upon its release in 1958, over 50 years of evolution in the industry has stripped Gibson of their unique ownership of the shape. The case originates in Gibson’s attempt to register the trademark with the EUIPO in 2010 and its challenge by Hans-Peter Wilfer, owner of guitar and bass company Warwick/Framus, in 2014. Gibson still holds the trademarks for the Flying V shaped guitar in areas such as clothing and jewellery. The company is also currently pursuing protection for the shape in the US against Dean Guitars. (JW)

IP Australia highlights issue of trademark cluttering – The intellectual property office of Australia has released new research papers into how Australia’s IP system is used. The first study looks at the extent to which Australia’s trademark register is “cluttered with out-of-use or overly broad trademarks”, with the office saying in a blog post: [It was] found that cluttering is not a significant problem in Australia’s trade mark register, compared for example to that of the United States; though there is evidence of applicant behaviour in Australia that could produce greater clutter in the future.” The second paper looked at how productively Australia industries registered design rights, and the findings are not as positive. “Australia is lagging some of its major trading partners both in the rate at which its design force is growing and in its rate of growth in design registrations,” the registry states. It appears, then, that IP Australia has some work to do in terms of promoting the registration of designs. Thankfully, though, the issue of trademark cluttering is not as pressing an issue in Australia. (TJL)

New Benelux director general begins work – Back in January, WTR reported on an announcement from the Benelux Office for Intellectual Property (BOIP) that Ragnar Gustafsson would be taking over as director general, succeeding Edmond Simon, who was to retire. This week, Gustafsson officially began in the role. He has been appointed for a five-year term, in accordance with a new rotation-based management model at the registry. (TJL)

UKIPO grants first ever multimedia mark to Toshiba – The UK Intellectual Property Office has accepted the application of a multimedia trademark for the first time. The UKIPO updated its guidelines at the start of 2019 and now allows for motion marks, hologram trademarks and sound marks. Japanese tech company Toshiba registered a motion mark of their logo zooming out with polygons representing origami appearing and disappearing around it. (JW)

Bafflement follows MyTaxi rebrand – Earlier today, the popular taxi app MyTaxi rebranded to ‘Free Now’. The app, previously known as Hailo, operates across over 100 European cities and it is understood the rebrand follows the company’s acquisition by Daimler and BMW. However, the rebrand is causing confusing – and bemusement – from some quarters. On Twitter, many users initially thought the rebrand meant that taxi rides would now be free, and then complained when it was just a name change. For example, one user commented: “Just got the official email, mytaxi is FREE NOW! This is amazing, it's not often a company provides a service for free. Probably the worst corporate rebrand ever, this is going to provide endless jokes, memes, and hassle for taxi drivers.” Another said: “If it's okay with you, I'll continue to use the name ‘MyTaxi’ because that describes what your product is. ‘FreeNow’ means nothing and, in the worst case, is misleading.” On the security side, another user noted: “MyTaxi also changed their email domain, and now everything from them lands in spam. The worst rebranding of 2019.” Indeed, on the face of it, ‘Free Now’ does appear to veer away from the more direct brand name of ‘MyTaxi’, that clearly indicated to users what service it provides. It is easy to imagine passengers (or passers-by) confusing a taxi with the term ‘free now’ on the side as an offer rather than a brand name, which will no doubt cause headaches for drivers. Time will tell, then, whether this rebrand sticks – or whether the company will opt for a fourth major rebrand since its launch. (TJL)

USPTO inundated with foulmouthed applications since SCOTUS decision – Last week we covered the Brunetti decision at the Supreme Court of the US In typical Vice fashion, they’ve covered the vast array of vulgar trademark applications that have been made since the SCOTUS reversed the federal law prohibiting “scandalous” trademarks. We’ll save the profanities for Vice’s website, on which you can see their favourites here. (JW)

Baker McKenzie elects eight new partners for IP/IT practice – Baker Mckenzie has announced that it has elected 81 new partners worldwide, eight of which are part of the IP tech department. Included in this is Lukas Feiler, the head of the Vienna IP/IT team. Others are Pattaraphan Paiboon, from the Bangkok office, Helen Brown and Julia Hemmings from London as well as Florian Tannen who is based in the Munich office. Adam D. Aft, Brandon Moseberry and Christine Streatfeild are all based in the US and their promotions took effect on January 1 2019. (BD)

Cooley veteran joins Brown Rudnick – Brown Rudnick has added former Cooley partner Peter Willsey to its bench. Willsey has been appointed to partner in the IP group as well as the global chair of the trademark, copyright and advertising practice group. (BD)

Delegate places at the event cost £495 (excluding VAT) but – until 6 September – a saving of £100 is available when using the following code: BPO100. To register for Brand Protection Online Europe, click here. (TL) 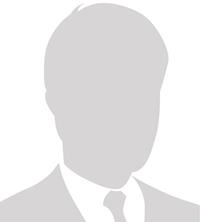