As remote working has become du jour for many, this week’s Long Read sees the IP offices of Canada, the European Union, Singapore, South Korea and the United Kingdom reflect on the ups and downs of operating during a global pandemic – and what might remain of the systems developed over the past year. Read more

The WTR Brand Elite indices registered a four-point increase in the month ending 31 March 2021, with automotive brands Volkswagen, Porsche and BMW among those experiencing a significant jump in value. Read more

In an exclusive interview with WTR, a former examining attorney at the USPTO revealed the impact that the influx of trademark filings from China is having on the registry, with demoralisation becoming “a big issue for USPTO examiners”. Read more

We considered recent calls for social media to do more in the fight against fake goods as Facebook and Gucci file a joint lawsuit against the head of an alleged international counterfeiting operation. Read more

The Supreme People’s Court has released its IP Judicial Protection Plan 2021-2025 in the latest move by the government to help strengthen the Chinese IP regime. However, one local expert warned that the risk of increasing disputes could have adverse effects. Read more

The Rolling Stones and New Balance were just two of the brands embroiled in the Asia-Pacific Legal Updates that you may have missed this quarter. Read more

We raised the alarm over the China National IP Administration publishing the passport details of thousands of individuals, including public figures Taylor Swift, JK Rowling and Lionel Messi. Read more

We reported on INTA’s decision to hold its 2021 Annual Meeting as a ‘virtual+’ event, stating that there are too many unknowns to plan a large-scale, in-person event for November. Read more

With the covid-19 crisis escalating in various parts of the world, IP offices in India and Japan were among those introducing new measures to deal with rising cases this week. Read more

Newly obtained documents revealed that “the biggest money laundering case in the history of Pakistan” features claims of impersonating the USPTO, disturbing abuse of employees and the use of paid ads to lure in victims seeking trademark services. Read more

Walmart taking on Kanye West, the EUIPO extending its presence in Africa, Crayola teaming up with Build-A-Bear, and the USPTO seeking innovation medal nominations were among Friday’s news headlines. Read more

WTR data analysis found that legal uncertainty is keeping cannabis brand owners on their toes, requiring businesses to be flexible and forward-thinking in their approach to intellectual property. Read more

From Apple to Nike: we turned our attention to this quarter’s key decisions and developments from the Americas. Read more

Saturday’s opinion column reflected on INTA’s ‘virtual+’ Annual Meeting and MARQUES’ plans for a hybrid annual conference, arguing that both associations are setting down foundations for future growth and opportunity in large-scale trademark events. Read more 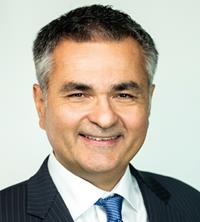