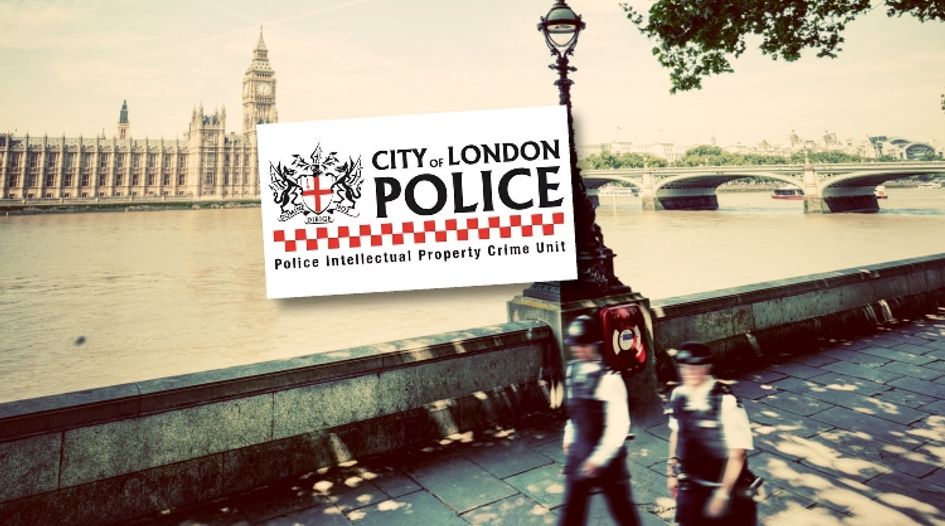 Over the weekend, a national media outlet reported that plans to fund the City of London Police’s Intellectual Property Crime Unit (PIPCU) beyond June 2019 have “fallen through”. However, WTR can reveal that the unit is planning for the future, with the UK Intellectual Property Office (UKIPO) confirming its commitment to financially support the department when the current funding cycle runs out.

Yesterday, national newspaper The Sun reported on statistics revealing that the City of London Police’s Intellectual Property Crime Unit (PIPCU) had been responsible for the takedown of over 30,000 websites for suspicious activity and potential cybercrime last year, adding that the authorities are “struggling to keep pace with cyber crooks running bogus websites”. Worryingly for rights holders, it stated that “plans for industry stakeholders to fund the Police Intellectual Property Crime Unit have fallen through and government funding runs out in June”.

In August 2017, the unit, which has proved a disruptive force against online piracy and counterfeiting since its establishment in 2013, and has relied on rolling investment – received a funding extension to June 2019. With that deadline approaching, speaking to The Sun, UK Shadow policing minister Louise Haigh slammed the government for “short-changing the police”, stating: “It’s simply not good enough that their plans to get industry to fund the Police Intellectual Property Crime Unit have fallen by the wayside.”

However, speaking to WTR, Detective Chief Inspector Teresa Russell of PIPCU, pushed back on the report, including the claim that the plan has been for industry to fund unit: “PIPCU has always received two year rolling funding from the IPO. While PIPCU’s funding does expire in June, the funding will be extended by the IPO. There have been no recent plans for PIPCU to be funded directly by industry.”

Dr Ros Lynch, director of copyright and enforcement, Intellectual Property Office, confirmed: “We are committed to funding the Police Intellectual Property Crime Unit beyond June 2019 when the current funding runs out. The unit provides a positive impact on this type of crime and discussions with the City of London Police on future funding is already very advanced.”

For its part, Russell points to the figure contain in The Sun’s report as evidencing the importance of the unit’s work: “The figures are taken from Europol’s Operation In Our Sites. As I’m sure you’ll agree, the figures demonstrate the positive impact of PIPCU’s work. They also clearly show the way in which the UK is able to deal with this crime more effectively than many other countries, thanks to the partnership between the IPO, PIPCU and Nominet.”

We reported previously that the unit has shut down more than 28,000 websites selling counterfeits since 2014, including over 4,000 that were set up using stolen identities. It has also engaged in high profile public drives to highlight the danger of counterfeit goods and its focus on taking down sites that infringe IP rights shows no sign of abating. As such, the news that the unit looks set to continue its activities beyond June will be welcomed by rights holders.