Every Tuesday and Friday, WTR presents a round-up of news, developments and insights from across the trademark sphere. In our latest edition, we look at Swedish trademark legislation updating to align with the new EU directive, an Oxford University trademark application causing a stir, startling figures on counterfeit wine sales in China, and much more. Coverage this time from Trevor Little (TL), Adam Houldsworth (AH), Bridget Diakun (BD) and Tim Lince (TJL).

Hard Brexit could impact efforts to stop counterfeit medicines from entering Ireland – The UK crashing out of the EU could be a serious obstacle for Ireland’s efforts to stop the high volume of counterfeit medicines which enter the Irish market each year, reports the Independent. A new Falsified Medicines Directive (FMD), coming into force on February 9, will require that all medicines are scanned and authenticated by pharmacists on the European Medicines Verification System before being dispensed, thus products not registered by manufacturers on this database will be illegal. The UK’s access to this EU database will be blocked in the event of a hard Brexit. Thus the UK will be unable to work within the FMD’s system, and will also not have the obligation to do so. This could be a serious setback to operations to detain counterfeit medicines, which detained one million units last year. (BD)

Hong Kong authorities seize $1.4 million in fake luxury goods and shut down crime ring – According to the South China Morning Post, customs officers have arrested five individuals and detained HK $11 million ($1.4 million) worth of luxury counterfeits in a raid on Sunday. About 18,000 items such as handbags and wallets imitating Gucci, Prada and Louis Vuitton were seized. This illicit operation was largely successful because it targeted foreign domestic workers, and barred locals from entering the showroom. (BD)

£2 billion a year: the cost of fake tobacco to the UK economy – Counterfeit cigarettes cost the UK economy over £2 billion in unpaid duty, according to the Local Government Association (LGA) of England and Wales. The association of 370 councils advocated the imposition of bigger fines for the sale of illicit tobacco products, Securing Industry reports. Though made to look like popular tobacco brands, illegal cigarettes often contain much higher quantities of tar, nicotine and carbon monoxide than the genuine article, thereby exacerbating health risks. And counterfeit tobacco is a focal point of organised crime in the UK; it is further reported that criminals recently offered a £25,000 contract for the murder of the Wales’ top police sniffer dog Scamp, who has been responsible for uncovering more than £6 million worth of counterfeit cigarettes in the past five years. (AH)

Oxford University trademark applications causing a stir in local politics – A Oxford University Press trademark application for the term OXFORD has stirred up political debate in the city, according to local press. Green Party members of the the city council have raised concerns about the university’s attempt to trademark the city’s name for a “very wide range of activities”. Oxford University Press is quoted as having said that the registration were merely a “precautionary step” taken amidst “ongoing uncertainty around Brexit”. The council’s own activities, and those of its trading companies could be inhibited if the applications are successful, cautioned Green Party councillor Dick Wolff. He said: “This council notes the concern of residents and businesses that registering the word ‘Oxford’ could negatively impact on the freedom of other organisations to utilise the word and associated ‘brand’ in its own products and services without risking challenge or incurring a fee.” This follows a newspaper poll showing that 83% of local readers were against the registrations, which were made in March 2018 but changed later in the year. (AH)

“No-one safe from counterfeit wine” – In an article from VinePair, startling figures from the Interprofessional Council of Bordeaux Wine are reported on. Specifically, the association claims that “30,000 bottles of counterfeit imported wine are sold every hour in China alone” – revealing the enormous issue that fakes has for the wine industry, especially in Asia. The article notes that “for wine collectors, it’s an enormous risk”, but adds that “even small, relatively inexpensive labels are at risk”. As time goes on, it becomes clear that any product type is ripe for counterfeit trade. (TJL)

CPA Global and ipan/Delegate to merge – IP management and technology business CPA Global has announced that it will be merging with IP services company ipan/Delegate Group. According to the press release, “customers from both CPA Global and ipan/Delegate Group will benefit from the group’s combined capabilities: an expanded product range of software and tech-enabled services; more comprehensive data and analytics solutions that will serve their needs across a broader spectrum; and a broader geographical footprint that will result in improved local service and support”. It follows a slew of recent acquisitions in the IP services space. (TJL)

Swedish trademark legislation updated to align with new EU directive – The new Trademark Act of Sweden was introduced on 1 January 2019, updating the existing legislation as well as aligning it with the 2015 EU trademark directive. A few of the important changes are detailed in an update on Lexology from Valea AB’s Eszter Kurtan. For instance, the requirement of graphical representation no longer applies, thus sounds and holograms are eligible for registration. There has also been a shift regarding the date of application, which is no longer given on the date which the application is submitted to the Swedish Patent and Registration Office. Instead, the date of application will be given when certain criteria are met, such as, but not limited to, clear intent of registration. Trademarks which have been applied for after the first of January will be valid for 10 years starting from the date of application, and not the date of registration. In regards to counterfeits, trademark rights have been extended to Swedish Customs to allow this entity to seize allegedly infringing goods, even in transit. While these goods cannot be destroyed, this effort will help in the fight against counterfeit products. (BD)

New director general to take charge at Benelux IPO – In a new announcement from the Benelux Office for Intellectual Property (BOIP), the registry has confirmed that Ragnar Gustafsson will take over as director general from 1 July 2019. He succeeds current director general Edmond Simon, who will retire on that date. Gustafsson has served at BOIP as deputy director of general affairs since May 2014. (TJL)

Prosecco dispute stalling free trade deal – A piece in the Sydney Morning Herald has quoted legal experts warning that the European Union's demands to prevent Australian wine producers from using the word ‘prosecco’ are based on a "legal fiction" that could breach both World Trade Organisation obligations and the Australian constitution. The piece focuses on a Monash University study which analysed hundreds of wine publications and “virtually no references to the glera grape variety before 2009”, and noted that commonly used expressions incorporating the term referred to a grape variety, not a place. As a result, the authors state: "The acceptance of one dubious claim without adequate scrutiny paves the way for the making of further dubious claims". With the issue holding up a $100 billion free trade deal, once again GIs find themselves at the centre of heated political debate. (TL)

Gateley names East Midlands IP team lead – John Buckby, a lawyer and chartered trademark attorney, has joined Gateley’s Leicester office as partner, according to a press release on the firm’s website. Buckley will also act as head of  the IP team in the East Midlands. (BD)

DWW announces new partner – Deeth Williams Wall have announced that Tom Feather has been admitted to the firm’s partnership. Feather’s practice focuses on the preparation and prosecution of patent, trademark and industrial design applications and the preparation of information technology agreements. (TL) 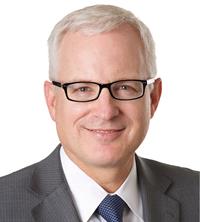