A group of senior trademark and brand professionals recently convened in New York to discuss strategies for protecting, enforcing and monetising fashion and luxury brands. This special report details some of the key points and presents essential takeaways.

On 28 February 2019 a group of corporate counsel from brands and retailers in the fashion and beauty industry sat down with Davis Wright Tremaine LLP (DWT) attorneys Roxanne Elings, Nancy Felsten and Emily Borich, as well as World Trademark Review’s (WTR) editor Trevor Little and senior reporter Tim Lince, to discuss recent and developing issues, including protecting brands and designs in a fast-moving industry; overcoming the problems of parody and imitation; and market lessons and best practices for monetisation. DWT and WTR would like to thank the following attorneys who participated in this interesting and thoughtful conversation:

Protecting brands and designs in a fast-moving industry

Creating a multi-asset portfolio enhances protection efforts and facilitates monetisation. For example, it is essential to consider all aspects of IP protection, including trademarks, designs, trade dress and copyright. Many companies rely on registered Community designs in the European Union. Although these can be difficult to enforce and there is no in-depth substantive review process or opposition procedure, such registrations protect designs for up to 25 years. This is particularly useful for products with long market lives, such as perfume bottles. Many counterfeiters will ship perfume bottles without the brand’s trademark on them to avoid the bottles being held at Customs – design protection is useful here and can extend protection to the shape of the bottle itself. Given that it is fairly inexpensive to apply for a registered Community design, companies have a tendency to over-register as a means of protection and will then follow up with regional filings in specific territories and tertiary markets to save money.

While there is no harmonised copyright law in the European Union, filing a group copyright application is another way to save money and expand protection in certain jurisdictions. Copyright registrations can also be used to secure trademarks and can be used against trademark squatters. For example, in a first-to-file jurisdiction such as China, a brand can use its copyright in a design mark and/or logo to enforce its rights against a third party that applied for its trademark first. While it can be much easier to obtain registrations for copyright filings than for trademarks, they have more limited use and value. The participants also discussed the effects that the various levels of IP protection have in dealing with the inconsistencies between decisions from the China Trademark Office (CTO) and the Trademark Review and Adjudication Board (TRAB). However, improvement is expected when the CTO and TRAB are consolidated, which will present new considerations for IP protections.

Other areas of a fashion and/or beauty brand that may be protectable are the ways in which trademarks can be used to combat smell-alike perfumes. Previously, companies could rely on nominative fair use in selling smell-alike perfumes. However, more recently this behaviour has been deemed parasitic and brands have been able to use their trademarks as well as their trade dress to fight this activity. Even if use of the trademark does not jeopardise the trademark’s essential function (ie, to indicate the source of the goods), the use still may cross the boundaries of comparative advertising. While fragrance companies have been successful in this regard in jurisdictions such as the European Union, there are other challenges elsewhere. For example, in India, fragrance falls into the same classification as pharmaceutical goods (Class 5), as opposed to Class 3 for cosmetics, making it harder and more expensive to fight third parties as this calls for additional filings. The process in India is slow in general – a rights holder must wait five years to challenge a mark on the basis of non-use if it cannot challenge it on relative grounds.

With experience comes resourcefulness and knowledge of the ways in which a company’s most valuable assets can be protected on a worldwide basis in multiple jurisdictions with varying laws and procedures. Thinking outside the box on how an asset is protectable – even if the most common way is not available or is more expensive – can be invaluable to brands.

It is vital to have an active channel of communication between designers, the business team and the legal team on the parameters of parody. While a product may in fact constitute a parody, it may also create business risks and expense disproportionate to the gains of parodying an entity that strongly enforces against use of its intellectual property. Much ink has been spread on how far one can go past fair use into the realm of infringement.

Since the cost of litigation is so high, often a company’s best hope is that a demand letter or warning will be sufficient to achieve the desired result without having to resort to litigation. However, in The North Face Apparel Corp v Williams Pharmacy Inc the defendants did not comply with a demand letter and a press-heavy lawsuit was commenced, which the defendants leveraged in their favour to increase their sales. Although North Face was initially granted a preliminary injunction, the defendants violated this. Ultimately, the parties reached a settlement that was favourable to North Face and the defendants ceased operations.

In so-called ‘fast fashion’ the risk of receiving a demand letter is somewhat manageable because by the time it has been received, that particular product and/or trend is likely over. However, this risk is less manageable in more consistent markets. The company Haute Diggity Dog has made a whole business out of parody dog toys after it scored a significant win against Louis Vuitton, paving the way for MGA Entertainment Inc to later create the toy Pooey Puitton; when MGA received a demand letter from Louis Vuitton, it responded by filing for declaratory judgment. This is also a risk to take into consideration when sending demand letters.

Cases of parody and imitation have a tendency to garner press given that parody is a segment of entertainment in and of itself. There are also many lawsuits which have worked in favour of defendants claiming parody. It is important that plaintiffs recognise this when resolving disputes involving what is arguably fair use, especially where this may garner unfavourable press.

For example, the attorneys for Bud Light sent a town crier to deliver a demand letter to Modist Brewing Company along with Super Bowl tickets – a video of which went viral. Modist had taken an original phrase from a Bud Light commercial and used it as the name of one of its beers. Bud Light likely recognised that this was the result of fandom and leveraged it into a brilliant advertising opportunity, while still enforcing its rights and stopping the use. Interestingly, Home Box Office and Bud Light later teamed up on a Game of Thrones parody – an example of how a rights holder may give permission to a parody, yet retain a degree of control and leverage its marketing at the same time.

A final note is the importance of sensitivity and tone, especially when dealing with potential foreign defendants in less familiar jurisdictions. Most of the time demand letters are best written by local counsel in the potential defendant’s native language.

Brand protection can be implemented in various ways – from in-house, especially for issues in the brand’s home country, or through a local partner or outside counsel in a target jurisdiction. Sometimes the responsibility is imputed to the brand’s licensee.

Negotiating settlements in allowing use but not registration of a trademark has become increasingly difficult because companies recognise that they need a registration to enforce against third parties on platforms such as Amazon. Settlements aside, other issues with receiving registrations create obstacles and additional steps to fight counterfeiting. However, some brands have refused to remain vendors on such platforms until more policing of counterfeit goods and unauthorised sellers – as well as an edit of the platform’s respective brand recordation programme – is carried out.

Influencer marketing has become big business and the cost can vary significantly – from an Insta-story that disappears, a post that is permanent or a fully fledged campaign – with several variations in between and depending on what level of influencer or celebrity is being used. Posts are more efficient than stories; therefore, it is important to include provisions in the agreement that limit a post to a single product line, otherwise the product can get lost among others. Limiting a post to specific timeframes tied to product launches and including language that provides talking points or requires prior approval of the post caption are also considerations to keep in mind. A provision reserving the right to revise and/or take down a post should also be included.

Some brands may require morality clauses and prior due diligence checks on conduct in order to ensure that influencers do not buy likes or followers, or inflate results by using their own networks. Micro-influencers are defined as having 50,000 or fewer followers and are often used to target specific networks or to save on budget.

Finally, it is crucial to follow your brand’s social media pages so that you can catch any breach as soon as possible. This is particularly important in the wake of Instagram takeovers. For example, from 2011 to 2018 the Swedish Institute handed over the country’s official Twitter account to a different Swedish citizen each week, allowing them to tweet whatever they wanted to show the country through the eyes of its citizens.

Considerations for hashtags and captions

According to the Trademark Manual of Examining Procedure: “A mark consisting of or containing the hash symbol (#) or the term HASHTAG is registrable as a trademark or service mark only if it functions as an identifier of the source of the applicant’s goods or services.” However, it is important to pay close attention to local laws as well. For instance, Germany requires hashtags to be in German even if the post is written in English. Therefore, in drafting agreements, attorneys should focus on one jurisdiction at a time rather than trying to put together a worldwide agreement. In addition, if a sweepstake or giveaway is tied to a post, it will be governed by the laws of the influencer’s own juridiciton.

There has been much discussion on the parameters around which the Super Bowl (aka ‘the Big Game’) can be used and whether use of the trademark creates a false suggestion of association or endorsement. The Nation Football League has also been known to be keen to enforce its trademark rights. Live hashtags during the events are permissible provided that there is no implication of official sponsorship, but there could be an issue depending on how they are used after the event has taken place.

As with most industries, the legal issues that affect fashion and beauty companies are unceasing. The following are some key points from the discussion: 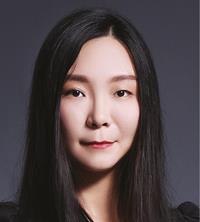