Every Tuesday and Friday, WTR presents a round-up of news, developments and insights from across the trademark sphere. In our latest edition, we look at a new report showing a staggering 70% of Kenyans use counterfeit products, a new system developed to identify fake logos, the Spanish football league scoring a piracy win, a warning about counterfeit gifts as Valentine’s Day approaches, and much more. Coverage this time from Trevor Little (TL), Adam Houldsworth (AH), Bridget Diakun (BD) and Tim Lince (TJL).

US Senate IP subcommittee leadership announced – US senators Thom Tillis and Chris Coons have been announced as chairman and ranking member of the Senate Judiciary Subcommittee on Intellectual Property. Jurisdiction of the subcommittee includes the United State Patent and Trademark Office, the United States Copyright Office, and oversight of the functions of the federal government as they relate to intellectual property, patents, copyrights, trademarks, and trade secrets. Following the announcement, Senator Tillis reflected: “Intellectual property plays an important role in our nation’s long term economic success and national security. In recent years our country has been faced with a number of challenges in our intellectual property system, from rampant theft from state actors like China, to confusion among innovators and inventors about what is even patentable. These issues are causing our nation’s economy to lose billions of dollars annually and threaten our country’s long-term technological dominance… I’m committed to working with Ranking Member Coons on a bipartisan basis to examine the current state of intellectual property in the United States and make targeted improvements to our intellectual property framework that protect and promote America’s innovation economy.” (TL)

Plain packaging bill passed in Singapore – Amendments to Singapore’s Tobacco (Control of Advertisements and Sale) Bill were passed yesterday, confirming that plain packaging on cigarette products will be introduced in Singapore. According to Channel News Asia, the measure is very similar to the standardised packaging already introduced in Australia, the UK and other countries – namely, all logos, brand images and promotional information will be removed and a single colour and font used on packets. Singapore’s Senior Minister of State for Health, Edwin Tong, says that the law was required as “more needs to be done to reduce tobacco use” in the country, adding: “Evidence suggests that the appeal of branded packaging also acts as one of the factors encouraging children and young adults to experiment with tobacco and to establish and continue a habit of smoking. We have given due consideration to the available primary evidence, consulted with experts in different fields, and sought the public’s views multiple times.” It appears, then, that Singapore joins the growing line-up of countries that have implemented such measures. (TJL)

Bootleg liquor causes 103 deaths in India – India is experiencing one of its most significant liquor poisoning outbreaks in years, with at least 103 people having died from drinking illicit alcohol in recent days. It has been reported that four suspects have been arrested in connection with the bootleg alcohol that has resulted in the fatalities in northern India. Illegally-produced liquor is said to be commonplace in the country where many cannot afford the price of licensed products. 172 people died in a similar outbreak in West Bengal in 2011. While there is no indication that the alcoholic drinks involved in the most recent deaths was imitating branded, the tragedy is another reminder of the extreme dangers that can be associated with the consumption of illegal food and beverages including counterfeits. (AH)

Warnings about counterfeit gifts in the lead-up to Valentine’s Day – A press release by the UK’s Police Intellectual Property Crime Unit (PIPCU) has flagged fake perfumes and make-up products as a concern as Valentine’s Day approaches. PIPCU recently seized over 500 suspected counterfeit goods in a “Valentine’s Day raid”, worth an estimated £40,000. Counterfeit cosmetics are a concern because they sometimes contain harmful substances like arsenic, mercury and lead. The batch of perfumes recently seized were tested to contain cyanide and human urine. Online purchases were also highlighted as an issue, with officers warning of the potential for criminals to use other’s personal details to commit fraud, such as through registering counterfeit websites. It is best to purchase gifts through reputable sites and outlets, because a receiving a gift which causes rashes and burns may say something other than ‘I love you’. (BD)

New report shows that a majority of Kenyans purchase counterfeit goods – A recently released report by Anti-Counterfeits Agency (ACA) has shown that a staggering 70% of Kenyans use and purchase counterfeit products. According to the report, 19% of those purchasing fake products did so knowingly, while 49.6% report buying these items because of their cheaper price. There was another 17.3% who had wanted the original product, but were unable to find it, and 18.3% who said they did not know the risks involved. The most popular counterfeit goods were mobile phones and alcohol, accounting for 51.8% and 30.8% of the market share respectively. Flora Mutahi, the ACA chair, argues the country loses an estimated Ksh200 billion (£1.55 billion) each year because of the counterfeit trade. This not only shows the ongoing struggle to prevent fake items from entering markets, but highlights the risk of people seeking counterfeits simply because the original is not readily available. (BD)

System developed to identify counterfeit logos – A blog post on the website of analytics company SAS has described a new AI system to spot counterfeit company logos. Written by Augusta Zhang, a system engineer at SAS, a demo was created that could “distinguish between a valid company logo and a counterfeit version”, expanding: “I wanted to showcase the potential of using computer vision to protect corporate identity – in this case, a company’s logo. I used the familiar SAS logo as an example of a valid company logo, and for demonstration purposes, I employed the logo used by the Scandinavian Airlines System to represent what a counterfeit could look like. Although this airline is a legitimate business that isn’t knocking off SAS (they are actually one of our customers), the two logos showcase the technology’s ability to distinguish between similar branding. Thus, the model could easily be adapted to detect actual counterfeits.” While the blog post is primarily intended to show the ease-of-use of the AI system used by SAS, it provides another insight into how AI could be used to automatically identify fake logos and, in turn, counterfeit goods. (TJL)

Cat trademarks dubbed “waste of money” – At least two trademark applications have been filed at the USPTO in the past week for cat photos. Specifically, on February 6, one application was filed for a photo of two cats, “Prince Snowflake & Princess Pussy Willow”, wearing a hat and clothing. The second application, filed on the same day, is a photo of a single grey cat wearing a flowery jacket. Cat lovers will take particular enjoyment in the description of the marks, with the former described as having “very pink ears & a coordinating pink nose” – although, curiously, both felines are apparently wearing garments that are “hand-painted with the date of April 24, 1915, to remind people of the date of commencement of the Armenian Genocide”. Both trademark applications are from the same applicant, West Virginia resident Mary Ann Fisher, and are filed in Class 41 for services including animal training and fashion modelling. On Twitter, @TantalizingTMs shared one of the applications, with Wolf Greenfield counsel John L. Welch responding that the application is a “waste of money” because “pictures of cats are not inherently registrable”. Whether a waste of money or not, we’re sure the USPTO examining attorney will enjoy their time with the applications. (TJL)

Tea tussle comes to an end – Livelaw.in’s Manu Sebastian has reported on the Calcutta High Court’s dismissal of an suit from the Tea Board of India, which alleged that the India Tobacco Company (ITC) had infringed on its certification-mark rights. The latter operates a lounge, named ‘Darjeeling’, in a Kolkata hotel and the Tea Board alleged infringement of its GI rights in Darjeeling Tea. However, the court held that the GI rights can only be enforced only in respect of goods and not services, explaining: “It is… not found that there has been any infringement under the Geographical Indications of Goods Act because the defendant's 'Lounge' is not relating to goods. Plaintiff's rights conferred by the registration of the word 'Darjeeling' is only in relation to tea. 'Darjeeling' is not a trademark. It is only used to indicate geographical indication of a place of origin of tea originating from Darjeeling. The law related to geographical indication is confined only to goods.” The suit was therefore dismissed with costs of Rs.10 lakhs. (TL)

La Liga scores piracy win – Spanish football division La Liga has revealed a significant win in its fight against piracy after three illegal Internet Protocol TV (IPTV) platforms in Brazil were shut down. The illegal streaming websites –  ‘listaiptvbrasil.com.br’, ‘melhorlistaiptv.com.br’ and ‘listaiptvbrasilhd.br’ – attracted more than 1.5 million visits per month and boasted over 8,000 subscribers. The league worked with LtaHub to force the site operators to remove infringing content, transfer the domains and give up hardware used in their operation. La Liga has been proactively battling piracy of its content, and last year teamed up with Google to launch an offensive against streaming sources. This latest victory is a significant win, but the war will continue. (TL)

Certificate of Label Approval necessary for “lawful use in commerce” of wine brands – The US Trademark Trial and Appeal Board (TTAB) has denied an application for a concurrent use trademark partly because the applicant did not have a Certificate of Label Approval for his wine product, Deborah Squiers of Cowan Liebowitz and Latman wrote in a recent blog. Scott Stawski of Prosper, Texas had sought to protect PROSPER ESTATE and PROSPER RIDGE for a wine brand. The mark PROSPER is already owned by John Gregory Lawson of California, who obtained a national registration from a February 2012 filing. Seeking a concurrent use registration restricted to Texas and nine other states, Stawski argued that he had used his brand in these areas prior to February 2012, and that Lawson had no meaningful sales in these states. However, the TTAB argued that Stawski’s brand had not been used in lawful commercial prior to the registrant’s filing date (a requirement for a concurrent use registration). He had not a product ready for market in 2012, it concluded, finding that a Certificate of Label Approval from the US Department of the Treasury Alcohol and Tobacco Tax and Trade Bureau  (which Stawski gained only in 2017) is a necessary condition for the lawful use in commerce of a wine brand. This was despite the applicant’s argument that earlier uses of the brand were on a “personalised label” which does not require such a certifIcate. The TTAB added that the application failed on the grounds that even a geographic split in territories leaves open the possibility of customers susceptible to confusion. (AH) 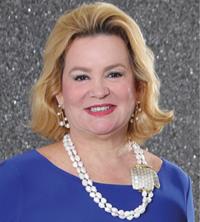