Every Tuesday and Friday, World Trademark Review presents a round-up of news, developments and insights from across the trademark sphere. In our latest edition, we look at how the USPTO is seeking input on its draft strategic plan, the frontman of rock band Aerosmith sending a cease-and-desist to US President Donald Trump, the UKIPO publishing a delicious IP blog, a trademark dispute involving Bob Dylan’s whiskey company, and much more. Coverage this time from Trevor Little (TL), Tim Lince (TJL), Adam Houldsworth (AH) and Timothy Au (TA).

The USPTO wants your input – The USPTO has announced it is seeking comments on its draft 2018-2022 Strategic Plan, which sets out the agency’s “mission-focused strategic goals”. Specifically, these are: to optimise patent quality and timeliness; to optimise trademark quality and timeliness; and to provide domestic and global leadership to improve IP policy, enforcement, and protection worldwide. Comments, which should be sent by email ([email protected]), will be accepted until 20 September. The final strategic plan should then be published in November. (TL)

Preventing 3D-printed counterfeits with exploded QR codes – Scientists at New York University’s Tandon School of Engineering have created a method for securing the authentication of 3D-printed goods by building a scattered QR code inside of items, it has been reported. The method involves adding hundreds of small elements within various layers of the object as it is being printed; when the object is subsequently scanned internally from the correct angle, all the elements come together at once to produce a QR code. If the scan is conducted from the incorrect orientation, a different code appears, meaning that counterfeiters would be unable to tell which code, if any, was the right one. The researchers state that the method has already been successfully tested on a variety of shapes, including cubes, bars and spheres, and that the same principle could – in theory – work for barcodes. (TA)

EU to introduce to develop the use of blockchain in fight against pharma counterfeits – A €18 million public-private partnership project to roll out the use of blockchain for use in the pharmaceuticals industry is to be funded by the European Union’s Innovative Medicines Initiative, it has been announced. The three-year project is intended to boost the fights against fake medicines, as well as improving access to medicines in developing countries and facilitating new drug discoveries. It will lay the foundation for this, the announcement states, by creating an independent governance model for blockchain based on input from the industry; designing measures for assessing blockchain benefits; and developing a how-to guide for blockchain projects in the sector. (AH)

McCarthy on the move – The McCarthy Institute, named after J Thomas McCarthy, has moved from the University of San Francisco Law School to Golden Gate University. Operating at the nexus of trademark law, marketing, technology, and consumer behaviour, the Institute conducts regular symposia, workshops, networking groups, and pursues original IP and branding research and scholarship. The official opening of the institute on the university campus takes place on 13 September, with McCarthy and Mary Denison, the Commissioner of Trademarks at the USPTO, in attendance. Reflecting on the move, McCarthy observes: “The McCarthy Institute has a proven record of supporting high quality conferences, teaching, and research into trademark and branding issues. I look forward to the Institute continuing this important work at Golden Gate University.” (TL)

WTF? Procter and Gamble files for text-related trademark applications  – Consumer goods giant Procter & Gamble is seeking registered trademark protection in the United States for a range of acronyms commonly used as abbreviations in text messages. The terms include LOL, WTF and NBD (“no big deal”), which it is seeking to protect for use in air fresheners, detergents and soaps. The move is being interpreted as an attempt by the company to appeal to a younger demographic at the insistence of new investor Nelson Peltz. Last year, Peltz commented that so-called millenials are interested in products they have an “emotional attachment to” and are averse to “one size fits all” brands. However, the move from P&G has been met with scepticism, especially on websites popular with younger people. On Twitter, one user described it as “absolutely the most ridiculous thing ever”, with another calling it “clueless” and adding “acronyms won’t bring back the millennial consumer but lower prices will”. On the positive side, other users pointed out that the applications are for a narrow segment of goods and are not – as some claimed – an attempt to “own” uses of the acronyms entirely. “It’s just for soap, it’s not like they can stop people from using the acronyms in other contexts,” stated one Twitter user. One question, brought up by The Fashion Law website, is whether the USPTO will consider the trademark for "FML" (the acronym for “fuck my life”) to fall into the "immoral or scandalous camp”. For that reason, many trademark experts will be following that particular application as it moves forward. (AH)

Pinduoduo takes down 4.3 million fake goods in counterfeit crackdown – We reported earlier this month on Chinese marketplace Pinduoduo being investigated over sales of counterfeit goods. This followed very shortly after the company has debuted on the Nasdaq, and it saw its stock fall following reports of the investigation. Now, the Shanghai-based e-commerce platform has announced it has removed 4.3 million listings and shut down 1,128 stores that were accused of selling counterfeit goods. According to the South China Morning Post, the platform has also blocked 450,000 suspected fake good listings. As well as proactive removals, the company announced some interesting developments, including a system to “redirect users who search for counterfeit brand names to the legitimate listings”. In the company’s letter, it further reflected on criticism over sale of fakes on its platform. “We have reflected on this painful lesson and learned from it. Pinduoduo will fix our shortcomings and fill the loopholes […] to solve the problems one by one and change for the better by using consumer interests as the starting point.” The swift action from Pinduoduo will be seen as a positive by rights holders – the test now will be whether the issue continues or improves. (TJL)

The Commodores see off a former commodore in trademark battle – Commodores Entertainment Corp, which represents the current members of US funk/jazz band The Commodores, has won a court ruling against one of the group’s former members. It sued Thomas McClary, a founding member of the band, in April of this year, alleging that he had infringed its trademarks by advertising his performances under the tagline “The Commodores Experience”. Florida Judge Roy B Dalton has sided with the company, finding that McClary’s use of the term COMMODORES was likely to mislead concert-goers and constitutes infringement. He has issued a summary judgement in its favour, and has left open the possibility of a damages award under state trade practices laws. (AH)

Aerosmith slaps Trump with third cease and desist letter – Steven Tyler, the frontman of Aerosmith, has sent a cease and desist letter to President Trump, demanding that he stop using the rock band’s songs at his political rallies. The letter was sent following the president’s use of Aerosmith’s song “Livin’ on the Edge” at a West Virginia rally earlier this week. Tyler’s lawyers claim that the use of the song infringes on the singer’s trademark rights, specifically under Section 43 of the Lanham Act, arising from the likelihood of confusion as to an affiliation between Trump and the rock band. Trump’s infringement was labelled “clearly wilful”, given that the president had previously received letters from the singer “not once, but two times” requesting that he stop using Aerosmith songs during his presidency campaign in 2015. Although the letter states that Trump’s music falsely implies that Tyler “endorses his campaign and/or his presidency”, the Aerosmith frontman has emphasised on Twitter that the issue is not a partisan one but instead about the use of his songs without permission. It seems such letters do little to stop Trump – The Rolling Stones have also sent letters asking for their music to not be played at Trump events, yet their song “You Can’t Always Get What You Want” remains on the track-list at the end of nearly all Trump campaign speeches (including at the end of the West Virginia rally on Tuesday). (TA)

“Absurd” trademark infringement claims aimed at Bob Dylan’s whiskey company – Heaven Hill Distilleries, a Kentucky-based distillery company has hit Heaven’s Door Spirits, a recently opened whiskey company co-owned by Bob Dylan, with a trademark infringement lawsuit. The suit was filed last week after the musician’s whiskey company refused to comply with a cease and desist letter, which claimed that the distillery’s use of its trademark “will create a likelihood of confusion” as both brands use a “stacked” logo. Heaven Hill is seeking a temporary injunction to prohibit Heaven’s Door from producing, distributing or marketing its whiskey, in addition to the destruction of its branded goods and packaging, and monetary damages. Over on Techdirt, Timothy Geigner provides a side-by-side comparison between the two products in question, while criticising the absurdity of Heaven Hill’s claims: “The bottle shape is different. The label placement is different. The fonts aren't the same and neither are the colour schemes for the labels. Even the logos themselves aren't particularly similar, stacked or otherwise. And, of course, there is the mock-up of the ironwork sculpting on Dylan's bottle, modelled after his own iron sculpting artwork. Even the name of the brand is a reference to Dylan. How any of this adds up to market confusion is beyond me.” (TA)

UKIPO cooks up biscuit blog – The UK Intellectual Property Office has marked the upcoming new series of popular cooking TV show The Great British Bake Off with a blog about IP and biscuits. The blog is surprisingly emotive, with author Dan Anthony, a UK trademark examiner, noting that “biscuits are at the cutting edge of IP”, expanding: “Perhaps one rule remains true wherever you live; a trademark never takes the biscuit – it always distinguishes it. Biscuiteers test the frontiers of IP law and thrive on its possibilities, they push technological and commercial boundaries and they energise popular culture. […] Biscuits help connect the intangible world of IP, the places we live in and who we are. Biscuits are the dreams of the British public made real. What’s more, you can eat them.” The UKIPO is particularly apt at writing IP-focused blogs on popular culture – so far this year, it’s featured blogs on video games, rock band KISS, and has a regular series on BBC show Dragon’s Den. The UK registry’s active and engaging blog is certainly a standout among the digital activities of global IP offices. (TJL)

IP heavyweights Venable and Fitzpatrick to merge – It was announced earlier this week that US law firms Fitzpatrick, Cella, Harper & Scinto and Venable are to join forces, with a merger deal between the two expected to close on 1 November. The move will result in the creation of a 175-lawyer strong IP group, making it one of the largest in the United States. Stuart Ingis, chairman of Venable, stated: “We will have a powerhouse IP practice when you combine the lawyers both in quality and number.” (TA) 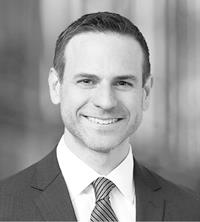