Every Tuesday and Friday, WTR presents a round-up of news, developments and insights from across the trademark sphere. In our latest edition, we look at how German trademark law changes are set to come into force this month, the USPTO hiring a deputy general counsel, how domain name management is “just as important” as brand protection, the Paraguay IPO pledging more digitisation and counterfeit enforcement in 2019, and much more. Coverage this time from Trevor Little (TL), Adam Houldsworth (AH), Bridget Diakun (BD) and Tim Lince (TJL).

MysteryBrand denies selling fakes, culls high-priced sports cars – Last week, WTR investigated a gambling website called MysteryBrand, which sells randomised access to so-called ‘mystery boxes’ which promise expensive prizes, including Rolex watches, Hermes bags, Supreme hoodies, Apple phones, Lamborghini cars and even a $250 million house. In the article, we reported on concerns that the website was potentially misleading users in the items it claimed as prizes, that it was luring children into gambling through the promotion of leading brands, and accusations that the platform was sending fakes to prize-winners. The latter claim has been now been denied. In an email sent to WTR days after the article was published, a representative from the company claimed that accusations of sending fakes to winners “is completely untrue and unjustified”, adding: “We mostly use the StockX platform for purchasing and delivering prizes to the winners. StockX has a longer delivery time because each item is thoroughly checked for authenticity, and we would happily sacrifice delivery time to ensure our customers only receive authentic products of the highest quality.” Responding to some of the audacious high-priced items, the representative admitted that MysteryBrand doesn’t necessarily have access to the specific prizes being offered. “We do not need to physically own these cars or houses to include them as prizes in the box,” they told us. “If the user were to win such a prize, we would either offer them the exact money value of the prize, or our representatives would personally fly in to the city of the winner and help them with the purchase of a car or house.” Despite this claim, it appears that MysteryBrand has now removed both the $250 million house and all the luxury cars from its website. For example, the ‘Women’s Christmas’ mystery box, which previously included the house and a range of high-end cars, now has handbags and watches as its leading prizes. For rights holders, potential issues still remain (such as mystery boxes named after brands and continued accusations of selling fakes), so Mystery Brand should continue to be on enforcement radars. (TL)

Australian company introduces serialised QR code to fight fakes in China – China is an important export market for Australia, and wineries, such as Treasury Wine Estates, have suffered from counterfeit wine operations. YPB, an Australian company, has created a serialised QR code which in embedded with a tracker. Not only will the wine producer have the ability to track the wine, but consumers will be able to scan the code with a smartphone to confirm the authenticity of the product. According to The Drinks Business, Australian wine exports will increase drastically this year due to China dropping import tariffs on these products. Thus far Accolade Wines, Australia’s largest wine company by volume, has signed a deal with YPB. China is both an important and oftentimes risky market, which increases the need for companies to take measures to prevent against counterfeits. (BD)

German trademark law changes set to come into force this month – On 14 January, amendments set out in Germany’s Trademark Law Modernization Act (MaMoG) will come into force, following the bill’s publication in the Federal Law Gazette in December. A blog by D Young & Co’s Jana Bogatz details the changes that trademark professionals need to be aware of. Translating the 2015 EU Trade Mark Directive into German law, the act introduces a national certification mark, creates new absolute grounds for refusal, changes the term of protection for new trademarks to exactly ten years from filing, rather than ten years from the end of the month in which the mark was filed. The amendments also include a renaming of cancellation proceedings to revocation/invalidity proceedings, and the admission fo relative grounds for refusal in administrative invalidity proceedings. Several changes will be made to oppositions, including a fee change, the introduction of a two-month “cooling off” period and more grounds as the basis of opposition, as well as changes to the rules around opposition for non-use. (AH)

Federal government tries to strip biker club of trademark – A federal prosecutor has demanded the forfeiture of the trademark insignia which the Mongol Nation Motorcycle Club members wear. The jury has been given the task of deciding whether the federal government can prevent the use of the trademark in the club’s “patch” through criminal forfeiture, argued as a fit punishment as the club has been involved in murders, drug sales, and convicted of racketeering and conspiracy. According to US District Judge David O Carter, the case has the potential to go to the US Supreme Court because of the disagreements over forfeiture regarding trademark issues. (BD)

T-ARA trademark saga reaches “conclusion” – A year ago, we reported on K-pop superstars T-ara and its trademark dispute with former music agency MBK Entertainment. It was a particularly bitter battle, with outcry on social media that MBK was seeking ownership over the T-ara name, and some fans accusing the company of “blatant pettiness” and being "money hungry" (at the time the applicant issued a statement saying it is “justified in applying for this trademark as the [former] agency of the group”). In August 2018 we reported that MBK Entertainment’s application for the term T-ARA had been rejected by the Korean Intellectual Property Office (KIPO). The battle continued beyond August, and this week allkpop reported that, on 8 January, after confirming a series of rejections in classes 3, 9 and 35, KIPO sounded the death knell for its registration bid in class 41. According to Tiaradiadem, which claims to be T-ara’s number one fan site, the rejections bring to “a conclusion” the dispute, meaning “members of T-ara will be able to use their name without interference”. (TL)

Coffee shop ordered to pay Bob Marley family $2.4 million - The family of late reggae star Bob Marley is set to receive $2.4 million in damages from Jammin Java, a Denver-based coffee company which continued to use the Bob Marley name and trademark after a licensing agreement with the rights owners had expired, it has been reported. The defendant stressed that no evidence had been presented to show willful infringement, but with willful infringement not being required for a damages award, a 9th US Circuit Court of Appeals ordered it to pay back the profits it is thought to have made as the result of its improper trademark use. (AH)

USPTO hires deputy general counsel – In an announcement yesterday, the US Patent and Trademark Office (USPTO) has confirmed the appointment of  Thomas W. Krause as its new deputy general counsel for IP law. He begins his new role on Monday (January 14), and previously served as the agency’s deputy solicitor. Prior to joining the USPTO in 2002, he practiced at law firm Covington & Burling, where he specialised in patent litigation and prosecution. He also teaches IP at the Georgetown University Law Center. “By representing the USPTO in courts and providing advice on a host of issues and policies of relevance to intellectual property, the Solicitor’s Office plays a vital role in the US IP ecosystem,” commented USPTO director Andrei Iancu. “Tom is extremely well-qualified and understands the importance of reliable, predictable, and high-quality intellectual property rights. I’m confident that his experience and expertise will serve our IP system well as he leads the Solicitor’s Office into the future.” (TJL)

Macao ends power-of-attorney requirement for IP – The country of Macau, an autonomous region on the south coast of China, has ended its requirement to present a notarised power-of-attorney when seeking an IP renewal in the country. The change, which came into effect on January 2, should improve efficiency and simply the administrative process for IP owners. (TJL)

Slovakian IPO’s amends trademark law, ceases fax – From next week, the Slovakian Intellectual Property Office will no longer accept communications via fax machine. In its announcement, it confirmed that any fax or telefax will no longer be accepted from January 14. Furthermore, from that same date, long-awaited changes to Slovakia’s trademarks law come into force, which includes an ability to register non-traditional trademarks (along with other amendments). (TJL)

Paraguay registry pledges to continue fight against fakes – In a detailed update, the Paraguay IP Office (DINAPI) has revealed its activities since new director Joel Talavera took over in September 2018. The undoubted highlight is the registry’s step-up in tackling fake goods. “In the period between November and December, the institution carried out 72 verification procedures for goods that infringe IP rights, representing an impact of US $4,635,300, and seizure of 150,000 items including pen-drives, mobile phones, and toys,” the office said, adding that it is working in coordination with the specialised IP unit of Paraguay’s public prosecutor's office and customs. Furthermore, it is planning further counterfeit awareness-raising talks and training workshops for the police, the business sector and “all those involved in the protection of intellectual property rights”. Another aim for the next year, according to the blog post, is the digitisation of Paraguay’s trademark and patent archives to allow a vastly improved IP database. To do this, DINAPI is collaborating with the Korean government. It appears, then, that it’s going to be a busy year at the Paraguayan registry. (TJL)

Domain name management just as important as brand protection strategy – Companies should implement equally rigorous IP management strategies for their domain names as for their trademarks, argues Novagraaf in a recent blog. At present, domain names are usually managed outside IP departments, but, with the increasingly significant role played by the internet, savvy domain name management has become as crucial effective brand rights management. Because few companies have a clear strategy for registering and renewing domain names, the authors comment, it is important to gauge what domain rights a business owns relative to its brand portfolio, preferably done by IP specialists and marketing professionals. Businesses should also seek to rationalise their domain name rights in order to optimise protection and reduce costs. This involves identifying patterns, such as the tendency for brands to have better trademark protection than web address protection, of names to be owned but barely ever used, and the brands that require better domain coverage than others. It also entails collaborating with other departments that have a hand in domain name issues, and integrating domain names into a broader brand protection strategy. (AH) 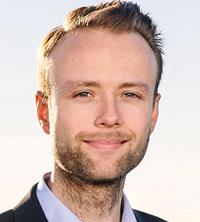