An exclusive guest post considered how brand owners can identify the producers and sellers of counterfeit goods in China, the threat of which could help to curb their illicit activities altogether. Read more here.

We warned that limited time remains to nominate corporate trademark professionals for recognition in the WTR Industry Awards and WTR 300. Nominate now to ensure that the work undertaken by in-house professionals across the globe receives the recognition that it deserves. Read more here.

In our latest opinion column, we considered reports that Apple is eyeing a 2023 launch for its planned augmented reality (AR) glasses, arguing that the long-mooted advent of mainstream AR devices – and the subsequent impact on trademark professionals – is a significant step closer. Read more here.

In a recent instalment of our regular series focused on identifying the marketplaces around the world that reportedly engage in the trade of counterfeit goods, we headed to Australia and New Zealand. Read more here.

With a new report documenting the counterfeit trends that it expects to shape brand protection efforts in 2020, we identified the most valuable takeaways and the actions that brand owners should be taking. Read more here.

A major new survey has found that intellectual property and licensing are the most significant legal issues facing the e-sports industry. The findings reveal an opportunity for law firms across the world in the fledgling e-sports space. Read more here.

Microsoft has taken top position on a new list of companies boasting the highest level of intangible value. However, at a global level, the picture looks gloomy, with the first fall in undisclosed intangible asset value since 2011. Read more here.

The IP Office of Singapore has announced the first successful use of its Enhanced Mediation Promotion Scheme. Talking to WTR, the mediator in the case claims that the scheme is “groundbreaking” and could lead to a “mindset change” for trademark practitioners. Read more here.

We presented intelligence on the physical marketplaces in Thailand that should be on anti-counterfeiting programmes, revealing which industries are greater affected and offering tips on how to enforce while on the ground. Read more here.

At the end of October LVMH made a $14.5 billion bid for Tiffany – a move that could be a game changer in the luxury industry. Critical to this offer, and what could drive up the price, is the jewellers signature robin’s egg blue. Read more here. 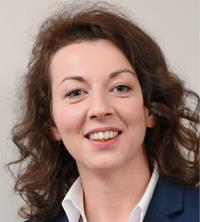