A new report from the European Union Intellectual Property Office (EUIPO) has revealed that the phenomenon of e-shops marketing infringing goods via previously used brand-related domain names – as observed in Denmark – is also occurring in Sweden, Germany, the UK and Spain. Worryingly, the study claims that it is occurring to a higher degree than expected.

Last year we reported on an EUIPO study highlighting the variety of online business models used to infringe IP rights. That Phase 1 report was timed to coincide with the launch of the IP Crime Coordinated Coalition (IPC3) and this week’s Phase 2 release provides a quantitative study looking at specific online business models in further detail. Specifically, it focuses on a phenomenon first seen in Denmark, whereby domain names that previously belonged to well-known individuals, organisations and businesses are being used to attract traffic to new e-shops marketing suspected trademark infringing goods. It reveals that the same practice is in use by suspected infringers – and extensively so – in four other European countries with mature e-commerce sectors: Sweden, Germany, the UK and Spain. The below table shows the breakdown of detected e-shops for each country.

The research found that the vast majority (75.35%) of the total 27, 870 e-shops that were suspected of marketing infringing goods were using domain names that were previously in use. In the 40 case studies carried out, there was no correlation found between the current sales of products and the previous use of the domain names; these domain names were seemingly re-registered purely because of the popularity of the website the domain name previously identified. The prior use of the domain names ranged from news and public institutions to famous people and adult websites. The benefits for infringers of re-registering these domains include search engine indexing, published reviews of the products and/or services and links from other websites that haven’t been updated.

Interestingly, the report concludes that although the e-shops identified initially appear to be thousands of unrelated entities, there is likely to be a high degree of affiliation between them. This is based on the shared product categories and brands marketed between them, their website technology, the common countries of origin of the hosting provider and the use of specific registrars and name servers.

Although the report looked at only four other countries, it points out that the same issue is likely to be occurring in other European countries, as well as other countries with well-developed e-commerce sectors. The findings emphasise the extent of commercial online IP infringements and the need for EU-wide co-operation to tackle the problem. 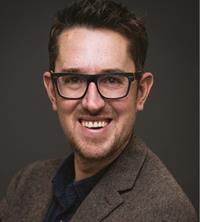