Lockdown enforcement: how private investigators can help brands during the coronavirus outbreak 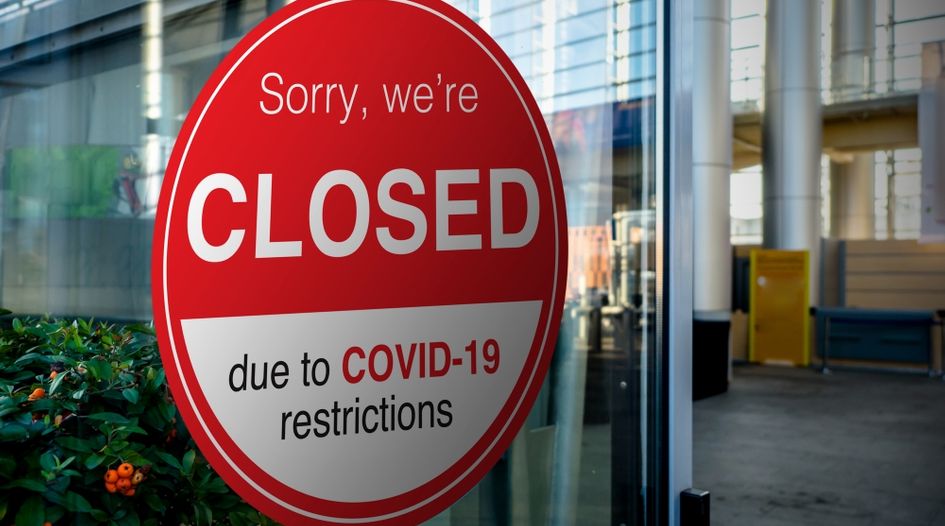 In conversation with WTR, two representatives from the Association of British Investigators (ABI) explain how private detectives are continuing their work during government-ordered lockdowns, and what IP rights holders can do to ensure that anti-counterfeiting and other brand infringement operations are a success during the ongoing coronavirus emergency.

Across the world, covid-19 has caused jobs deemed non-essential to cease or be undertaken from home if possible. That restriction of work, for the most part, impacts both trademark professionals and the private investigators (PIs) that are often hired to assist with enforcement activities. For many brand owners who rely on PIs to help investigate or monitor for infringement, especially in countries that a brand may not have in-house boots on the ground, enforcement has been severely affected. However, not all is lost, and some PI operations are continuing despite widespread lockdowns.

Talking this week to WTR, Ron Harrison, the current president of the Association of British Investigators (ABI), explains that evidence-gathering is key at present. “At the moment, the police, Trading Standards and UK Border Force are not working operationally on IP crime, so most [private investigator] work right now is gathering intelligence on sellers, making online test purchases and then completing an evidence package ready to send to the authorities once the lockdown is lifted,” he explained.

That point was reiterated by Dick Smith, a past president of the ABI and the owner of a private investigation company that has specific expertise in the field of brand protection. “We are hearing within the ABI that many of our members are operating, but strictly within government guidelines,” he tells us. “Process serving [court papers] is considered a vital part of the judicial system, so that continues under certain conditions. Furthermore, whilst some members have refused to go out on the streets (because there could be issues, such as vulnerable people living within their own households), many investigators are continuing with the work, but arranging for letterboxing as opposed to personal service.”

On top of that, Smith says that “some surveillance continues”, adding: “By definition, close contact is usually inadvisable anyway, although there are fewer crowds in which to conceal oneself. Doorstep enquiries are naturally more difficult. For that reason, much is being done by phone and email. With regard to IP test-purchasing, with fewer shops/markets open, that has dramatically reduced. However, online sales are at a high and investigation firms with the ability to make purchases, using robust identities which stand up to evidential scrutiny, are sought after.”

So while many companies continue to seek private investigators, both Harrison and Smith – who are both senior members of the ABI’s governing council – urge brand owners to ensure they are hiring “reputable and long-standing” investigation companies. Private investigators in the UK (and many other countries) are unregulated, so the ABI has a strict code of ethics for all investigators on its books, and actively encourages all businesses, including law firms, to avoid hiring PIs that do not work to an ethics code and, in some instances, stray outside of legal parameters. As Smith warns: “Only engage reputable investigators. – it’s no use sitting on evidence if it has been obtained illegally and cannot be used!”

Of course, that hiring of private investigators should only be considered for work that can actually be carried out during the ongoing lockdown. Smith continued that, for example, undercover operations (such as the insertion of a PI into suspect manufacturing or distribution channels) is “out of the question at the moment”, but other activity is possible. “Limited operations (such as test-purchasing, surveillance, and asset-tracing) can continue within the government guidelines and the application of common sense. For example, a seller who you may meet at a 2-metre distance is not going to view you suspiciously if you are wearing a mask and glasses, which could be an advantage!”

Furthermore, he advises that products are sterilised “at every opportunity”, including test purchases from online platforms. Ultimately, he adds, “now is the time to gather intelligence” because “it will be mayhem when the restrictions are lifted” – especially when it comes to fake goods. “The counterfeit situation will definitely get worse,” he concedes. “Factories may be closed now, but I have no doubt that the sweat-shops are still operating (and we all know where they are) and once the lockdown is lifted, there will be a sudden demand for consumer goods which benefits the counterfeiter.”

That suggestion is not unique to experts from the ABI, with a representative from the Association of Private Detectives in India (APDI) also warning that a lack of PIs on the ground is causing a rise in counterfeit goods. For that reason, Harrison says brands must take proactive measures now or risk being overwhelmed by the onslaught of fakes in the weeks and months ahead. “The counterfeit situation will undoubtedly get worse, these people do not have any boundaries – and we are certainly much more busy online for our clients than we would normally be.”

The work of trademark owners is difficult enough right now without the prospect of a stark rise in counterfeit goods in the future. But with enough foresight, preparation, evidence gathering and, in some cases, help from private investigators, the challenges ahead are not insurmountable.