Every Tuesday and Friday World Trademark Review presents a round-up of news, developments and insights from across the trademark sphere. In today’s edition, we look at the IP implications of the EU and Japan’s finalised trade deal, the brands that are signing a major anti-counterfeiting declaration, and another victory for Lego in China. Coverage this time from Trevor Little (TL), Tim Lince (TJL), Adam Houldsworth (AH) and Timothy Au (TA).

EU and Japan finalise trade deal – Announced on the same day as the EU’s first phase Brexit agreement with the UK government, the European Commission has confirmed it has finalised a trade deal with Japan. The bulk of the deal was agreed in principle back in July, and that process has now been finalised. The next step is the so-called “legal scrubbing” of the final text, with approval still required by the European Parliament and individual member states. The aim is for the deal to come into force sometime in 2019. The deal will benefit IP owners for a variety of reasons. The first is that it provides enhanced protection for rights holders in Japan, especially as it provides recognition to 205 European geographical indications (GIs), including Parma ham, Parmesan cheese, Italian Prosecco and Irish whiskey. There are also higher standards for civil enforcement rules, as well as further border measures related to imports, exports and transit. More details can about the deal can be found on the European Commission’s website. (TJL)

Lego celebrates another win in China – Six months after a crucial trademark win in China, Lego has clinched another victory – this time in the copyright arena. As reported by the Telegraph, the China Shantou Intermediate People’s Court ruled that certain products sold under the brand Bela infringe Lego’s copyright, and therefore selling them constitutes unfair competition. This means that the companies selling these infringing products must change their packaging and logos. Responding to the win, Lego’s Group’s vice president of legal affairs Peter Thorslund Kjær said: “We will continue our efforts to ensure that parents and children are able to make informed choices when they are buying toy products, and that they are not misled by attempts by irresponsible companies to make toy products appear as something that they are not.” As we reported last month, the decision comes hot on the heels of the Beijing Higher Court’s finding that Lego’s name and logo are well-known trademarks in China. This double-dose of legal victories will ensure Lego’s legal team is well set to defend its IP in China going forward. (TJL)

More brands and shipping lines join the fight against fakes – The list of signatories to the Declaration of Intent to Prevent the Maritime Transport of Counterfeit Goods continues to expand, with Honda, Longchamp and shipping line APL signing up yesterday. The declaration, initially signed by a wide range of brands and freight companies one year ago, is intended to foster cooperation in the fight against the transport of fake goods by sea vessels. A spokesperson for Honda Europe commented: “Container loads of counterfeit automobile parts are shipped around the without detection by criminal networks using a variety of techniques to hide their unlawful activity. We see this as an important step in bringing together brand owners, vessel companies and the service industry that supports maritime trade to find solutions.” Indeed, given the difficulty of enforcing rights against counterfeiters using complex trade routes, such voluntary collaboration is a crucial part of the fight against fakes, as World Trademark Review argued earlier this week. (AH)

Police powers for Moldovan IP office – As revealed by MARQUES earlier today, the Republic of Moldova’s Ministry of Justice has proposed a draft law which covers various intellectual property measures. This includes establishing new grounds for the release from criminal liability of IP offences; specifically, a person will be released if it is a first offence and they agree to remove the infringements and repair any damage caused to the rights holder. Secondly, the Moldovan IP office will be able to act as an “offence-finding agent”, therefore meaning the office will act – as MARQUES describes – as “public servants” that “will have the right to determine IP-related contraventions” (with some stipulations, such as the exclusion of GIs) and “to make corresponding concluding minutes/reports”. It means, then, the office’s director general will be entitled to “examine the contravention cases and to apply sanctions”. These will be significant changes in the eastern European country if passed, but it still has many hurdles to cross before being implemented. (TJL)

INTA holds the first discussion on IP law in East Timor – A conference organised by INTA was held on December 1 in East Timor – WIPO’s newest member state – which currently lacks IP laws. According to Inventa International, the discussion, which was attended by government officials, local entrepreneurs and potential investors, covered possible trademark laws and approaches to enforcement and anti-counterfeiting. (AH)

Liberia’s officials on trip to decide IP strategy – Officials from the Liberia Intellectual Property Office (LIPO) have started a 12-day field trip to consult with stakeholders about the development of the country’s new IP strategic plan. LIPO director general Roosevelt Gould believes that a new IP strategy can make a major contribution to economic growth, especially in regards to Liberia’s vibrant music and entertainment sector. “We have artists and inventors who are supposed to be millionaires by now, but this is not happening because we lack a national IP strategy”, he was quoted as saying by Front Page Africa. “We have good IP law but in the absence of a national IP strategy – which is a key policy tool to promote public interests in the arts and innovation and for the environment to strive – then the law remains inactive.” (AH)

Experts provide anti-counterfeiting training in Fiji – Experts from the World Customs Organisation (WCO) and China Customs are in Fiji this week to run a sub-regional workshop for Oceanian members on combating counterfeiting and piracy. Customs officials from Fiji Revenue and Customs Service (FRCS) and other regional countries will be trained on the best practices and approaches to tackling illicit goods. Visvanath Das, CEO of FRCS, stated that the sharing and enhancement of IP rights knowledge is crucial given the high level of counterfeiting activity. (TA)

Should we plain package the government? – Following the release of its new report on the threat of plain packaging to food and beverage brands, valuation experts Brand Finance hosted an event this week to discuss the impact of plain packaging outside of the tobacco sector. World Trademark Review attended the event and noted the reactions to the debate. As expected, some commentators took issue with the concept of food and beverage plain packaging as it hinders the freedom of choice – the problem of “a nanny state” was a recurring topic. Others pointed out that the research into plain packaging was lacking or inconclusive, especially in light of recent claims that tobacco plain packaging has not worked, and yet this does not seem to have deterred those hoping to enact further plain packaging policies. One attendee proclaimed that, as a smoker, he is smoking more following the enactment of plain packaging legislation in the UK. Quoting Coco Chanel, that “[luxury] is the opposite of vulgarity”, he criticised the fact that plain packaging was anything but plain, given the graphic health warning images attached to the products. With the topic at hand frequently returning to the danger of a slippery slope, one commentator humorously questioned whether political parties and the government itself should be at the mercy of plain packaging, given the damage they can do – or indeed have done in the past – to society. (TA)

New Nashville IP and litigation shop – AJ Bahou and Sam Miller have announced the opening of Bahou Miller, a Nashville-based firm specialising in IP matters and business litigation. Bahou is a registered patent attorney who has experience with patent, copyright, trademark and trade secret litigation; Miller, who previously chaired Baker Donelson’s IP litigation team, has also represented companies in matters across the IP spectrum in state and federal courts across the United States. (TA)

Just hours left to make nominations for the WTR Industry Awards – World Trademark Review is currently inviting nominations for its extensive annual research project, designed to identify and recognise the leading in-house trademark teams and individuals. Act now to ensure that the industry’s leading lights are recognised at the WTR Industry Awards 2018, as the nominations window closes at midnight (GMT) tonight. Click here now to access our short survey form and ensure that your peers and colleagues receive the recognition that they deserve. (TL) 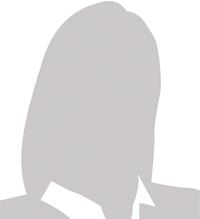