Law firm hacks, YouTube takedowns and the rise of the Google brand: our top trademark stories of 2017 so far

As we reach the halfway point of 2017, we reveal the most read blogs and Premium Updates on World Trademark Review so far this year – with online spats, trademark solicitation scams, INTA grand finale overcrowding and cyber-attacks on law firms all featured in the top 20.

Our most read blog of the year to date focused on the fierce online debate, sparked by popular video game critic Jim Sterling, about how companies allegedly abuse IP-reporting tools on YouTube to censor criticism. The story followed developer STICLI Games filing a trademark takedown request on a video critical of one of its games, basing its grievance solely on a stipulation in its own strict end user licence agreement. Two days after the publication of our article, Sterling confirmed that YouTube would not be removing the original video. Nonetheless, the significant readership of the story demonstrates that it is an issue many are concerned with.

In second spot on our list was our coverage of this year’s Brand Finance Global 500, which saw Google named the world’s most valuable brand. The revelation saw Apple toppled from the top spot for the first time in five years. Next was our investigation into law firm hacking, wherein we revealed dozens of firm websites had been infiltrated and defaced. While that incident was caused by an exploit on the WordPress web platform, there were reports this week of ransomware affecting thousands of organisations, highlighting how cybersecurity should be a priority for all firms.

The online world features prominently in the list of the 20 most read blogs, with a number of stories focused on anti-counterfeiting on ecommerce platforms. As well as an exploration of the reporting mechanisms on the Alibaba-backed Indian marketplace Paytm Mall, stories on the Chinese giant suing counterfeiters and Amazon’s expanded anti-counterfeiting programme proved popular. Also generating interest were two articles focused on the INTA Annual Meeting closing finale. The first reported on the association’s pledge to investigate complaints over overcrowding, which was followed a week later by the announcement that it would offer guest ticket refunds.

Turning to our Premium Updates, which are available only to subscribers, the most-read piece featured analysis of The Art Company B & S SA v EUIPO. In this case, the General Court annulled a decision of the First Board of Appeal of the EUIPO in which the latter had found that two signs which both included a star figurative element and the word 'art' for identical goods were not confusingly similar. Although the 'art' element was of low distinctive character, it was still capable of being the distinctive element of the signs in question.

The top 20 Premium Updates were: 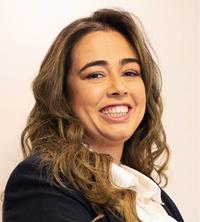