With a new WIPO director general expected to be appointed by May 2020, the first candidates have been officially revealed – all hailing from Asia. Read more here.

In the latest edition of our series on physical marketplaces around the world that are reportedly notorious for the sale of counterfeit goods, we headed to Portugal. Read more here.

The Indian government has released a draft of new e-commerce rules, with some provisions addressing counterfeit goods. Talking to WTR, a number of India’s most high-profile IP experts praise the draft rules, although some claim that they do not go far enough. Read more here.

Richard Collier, a professor of law and social theory at Newcastle University, tells WTR why he is concerned for the mental health of a generation of lawyers and what the industry can do to effectively improve employee wellbeing. Read more here.

In our Tuesday news digest, we looked at the Chile IP Office urging electronic use following mailbox damage, a St Andrews trademark dispute heating up, an update on the Bentley case, Amazon and the Imaging Supplies Coalition for Intellectual Property Protection unveiling an anti-counterfeiting collaboration, Ecuador joining DesignView, and much more. Read more here.

After Premier League football club Tottenham Hotspur appointed José Mourinho as its new manager, questions arose about a number of trademarks owned by rivals Chelsea. Talking to WTR, one IP expert pointed to the potential for issues between the two clubs – with the situation highlighting the risks of giving up personal rights to corporate entities, especially in the unstable world of football management. Read more here.

In an exclusive interview with WTR, INTA CEO Etienne Sanz de Acedo expanded on the association’s newly adopted stance on brand restrictions and how it will seek to ensure that governments act in a balanced and proportional manner. Read more here.

Zhihu is a new social media platform making inroads into the Chinese market. Offering a direct-to-consumer channel of communication for users and brands alike, Zhihu could be an essential asset in a brand owner’s arsenal to establish a presence in China, although there are still doubts around the enforcement capabilities of the platform. Read more here.

The UK election campaign is in full swing, with the major parties sharing their policy platforms in the hopes of attracting the British electorate’s vote. However, when asked by WTR about their stance on various brand protection issues, most parties were silent. Read more here.

Two recent trademark oppositions in Benelux and the United Kingdom have landed significant blows on prolific filer Michael Gleissner. Both rulings are strongly worded and, according to one expert, clearly demonstrate that IP offices are “not a playground for vexatious parties”. Read more here.

Insurers have not had the same opportunities to build connections with customers as businesses in other industries – but this is beginning to change. The integration of new-age technologies and data has altered the relationship with consumers, and insurance brands which adapt to this market shift will differentiate themselves from the competition. Read more here.

We noted that time is running out to nominate world-class corporate trademark professionals for recognition at the WTR Industry Awards 2020 and the next edition of WTR 300: The World’s Leading Corporate Trademark Professionals. Read more here. 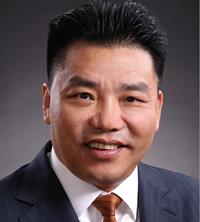