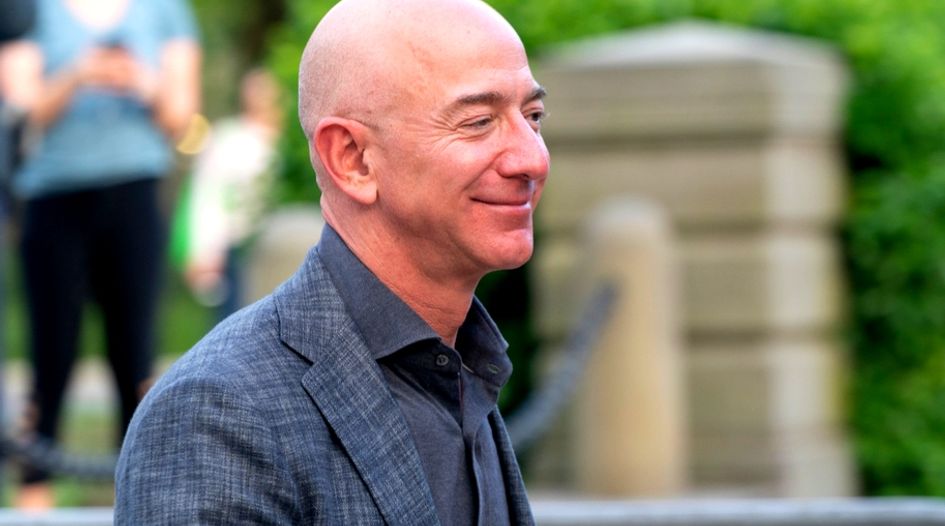 Every Tuesday and Friday, WTR presents a round-up of news, developments and insights from across the trademark sphere. In our latest round-up, we look at how INTA’s Unreal Campaign is going virtual, how counterfeiting in India is on the rise, a look at why Microsoft is being sued for trademark infringement, Romania upgrading its e-filing system, much more. Coverage this time from Trevor Little (TL), Bridget Diakun (BD), Joyce Ng (JN), Jonathan Walfisz (JW) and Tim Lince (TJL).

Over 3,000 counterfeits of well-known brands seized in Shenzhen – A customs inspection uncovered over 3,000 infringing products for export, reports the Shenzhen Evening News. Worth Rmb400,000 (about USD57,100), the goods had been sold online and infringed the IP rights of 10 well-known brands such as Apple, Nike, New Balance, Dior, Gucci and Ray-Ban. The case is currently under investigation. (JN)

Dyson counterfeiters in China jailed and fined $1.9 million – This week, the Shanghai Pudong Court sentenced 35 Chinese individuals up to six years in prison and a total fine of RMB10,080,000 (US$1,440,000) for the manufacture and sale of counterfeit Dyson hair dryers. Over 19,000 counterfeit products were sold for RMB700 each (a fraction of the RMB2,990 market price), amounting to RMB13.5 million (US$1.9 million) in illegal sales. The process involved hiring professional technicians to develop an assembly line to produce hair dryers with counterfeit DYSON trademarks, as well as setting up dedicated wholesale and online retail services to quickly sell the counterfeit products to many provinces and cities. The product models were even divided into the European, American and Australian versions. In her statement, IP deputy chief and presiding judge Ni Hongxia said that the Court has fully utilised the “3-in-1” (civil, administrative and criminal) trial mechanism to continuously combat and punish counterfeiting activities, thus strengthening the judicial protection of IP rights and protect the interests of both Chinese and foreign trademark owners. (JN)

INTA’s Unreal Campaign goes virtual – The International Trademark Association’s (INTA) Unreal Campaign, which educates young consumers (aged 14-23) about the dangers of purchasing counterfeits, has gone virtual to accommodate remote learning. “Schools were quickly moving to virtual learning options, and we needed to figure out a way to continue to get our message to young people around the world. Shifting our presentation style was a natural fix, and it’s been very well received,” said INTA CEO Etienne Sanz de Acedo. The Unreal Campaign went online in March and since then it has hosted 11 virtual presentations, reaching about 2,200 students in Argentina, India, Israel, Nigeria, the Philippines and the US. Going online has given the volunteer presenters, who are INTA members, the opportunity to engage with students in new ways. Some recent presentations, for example, included live polling and real-time question and answer sessions. Volunteers have further recorded presentations in English, Italian, Mandarin, Portuguese and Spanish for future use, with a plan to approach online learning centres about adding these online videos to their platforms. (BD)

Amazon CEO speaks up about fake goods – The CEO of Amazon, Jeff Bezos, has spoken publicly about counterfeit goods on the online marketplace’s platform during a US congressional hearing on Wednesday. Responding to questions, Bezos stated that the issue of fake goods is “incredibly important” and that “counterfeits are a scourge” because it “does not help us earn trust with customers” and is “bad for honest third-party sellers”. Going into more detail, Bezos explained that Amazon currently has “more than 1,000 people” dedicated to fighting fakes on the platform, and – when pressed – said that he would “encourage” the company’s counterfeit crime unit to prosecute more counterfeiters. (TJL)

Counterfeiting on the rise in India – According to a new report by the Authentication Solution Providers' Association (ASPA), incidents of counterfeiting in India has “steadily risen” over the last few years – including an increase of 24% in 2019 compared to the previous year. The three Indian states that lead the way for counterfeiting cases are Uttar Pradesh, Bihar and Rajasthan, which represent 45% of all incidents reported in India over the past two years. (TJL)

Microsoft sued for trademark infringement – Data Access Corporation has filed a suit against Microsoft accusing it of trademark infringement, reports Law Street Media. The accusation centres around the use of the DATAFLEX mark. Data Access is the owner of the trademark and has used it for almost 40 years in connection with its “programming language and visual tool for developing Windows, web, and mobile software applications on one development and deployment framework-based program.” Data Access now accuses Microsoft of using the mark for an application that is the same. They sent Microsoft a cease-and-desist which they claim has been ignored: “Microsoft continues to promote and offer the products on its website and through other channels.” Data Access states that Microsoft had knowledge of its trademark and has not obtained a license and is therefore suing for likelihood of confusion. (JW)

Over 2,162 trademarks ‘at risk’ in Kenya – The Kenyan IP Office (KIPI) has warned brand owners that 2,162 products are “at risk of losing market protection” due to the expiration of trademark licenses. The agency states that brand owners have until next Wednesday (5 August 2020) to renew the licenses or the trademark registrations will expire. Some of the products at risk, according to the registry, are Colgate (owned by Colgate-Palmolive) and Vaseline (owned by Unilever). More information, including a full list of the at risk marks, can be found on the KIPI website. (TJL)

Significant dip in trademark filings in the Philippines during H1 2020 – A survey of the trademark database of the Intellectual Property Office of the Philippines (IPOPHL) by OPTMARKS revealed a drastic 29% year-on-year decline in trademark filings during the first six months of 2020. The IPOPHL received a little over 13,000 applications, much less than 18,625 last year. April sustained the greatest decrease at 71% (850 applications), though the number quickly recovered by June with only 228 fewer applications than last year. (JN)

Dominican Republic and Saint Kitts and Nevis join TMclass – The IP offices of the Dominican Republic (ONAPI) and Saint Kitts and Nevis (IPOSKN) have joined the EUIPO’s TMclass system. The move means that ONAPI will use and accept the list from the harmonised database of goods and services in TMclass, while IPOSKN will join the tool combined with WIPO’s Madrid Goods and Services. There are now 10 non-EU IP offices that use TMclass. (TJL)

Romania upgrades e-filing – The Romanian IP Office (OSIM) has updated its trademark e-filing system following a partnership with the EUIPO. The system, according to the EUIPO, “is now fully compliant with the new Romanian law on trade marks, and includes a new e-signature capability”. (TJL)

Stone Brewing accused of trademark bullying – US craft brewery Stone Brewing has been labelled a trademark bully after it is accused of beginning a zealous campaign to protect all uses of ‘Stone’ in relation to alcohol brands. Stone Brewing have launched a suit against MillerCoors after they rebranded their Keystone beer as ‘Stone’. Similarly, Stone Brewing attempted to cancel Sawstone Brewing’s trademark after they pushed back on a cease-and-desist. Stone Brewing then claim it was subject to a “vicious online harassment and smear campaign” from people who were against their trademark activity, with accusations “so far removed from the facts of what had actually happened”, said Stone Brewing co-founder Greg Koch, to Brew Bound. A Facebook group called ‘Boycott Stone Brewing’ was started on 20 July and now has 2,000 members and Sawstone co-owner Derek Caskey started a GoFundMe account on the same day that has received 309 donations. In an opinion piece on TechDirt, writer Timothy Geigner argues that when Sawstone Brewing missed some settlement proposal deadlines, Stone Brewing was out of order to take action against them. He writes: "Stone Brewing didn’t have to take this action at all… a public backlash to bullying behaviour by a brewer that was supposed to be standing up to these types of corporate actions is perfectly valid. If Stone Brewing doesn’t like that version of the backlash, it can cease playing the bully.” (JW)

‘The Movie Studio’ movie studio files for THE MOVIE STUDIO – The Movie Studio sent out a press release this week that it had filed an application with the USPTO for the mark THE MOVIE STUDIO. The Movie Studio wants to protect its name, brand, logo and its assorted domains for its movie production, video on demand, smart TV and blockchain digital film marketplaces. With trademark protections pending for the application, to this writer, the mark seems likely to run into trouble as being descriptive instead of functioning as a trademark. (JW)

Squire Patton Boggs boosts Paris IP team – Squire Patton Boggs has announced the addition of partner Catherine Muyl and associate Marion Cavalier, both formerly of Foley Hoag, to its Paris office. Muyl has 30 years of experience in intellectual property law. Her practice focuses on litigation relating to patents, trademarks, copyrights, related rights, registered designs and software. She also represents clients on trademark matters before the French and European Union trademark offices, as well as on domain name disputes. She further advises on data protection. Cavalier handles patent, trademark and commercial litigation before French courts and arbitration tribunals. She is also a Certified Information Privacy Professional (CIPP/E). David Elkins, Squire Patton Bogg’s global IP&T practice group leader commented on the hire: “Catherine and Marion are multifaceted international practitioners who strengthen our European IP capabilities on both commercial and contentious matters. They also bring to our table depth of experience handling data protection issues for clients. These are strengths we intend to continue to grow and we welcome them to the team.” (BD)

Calum Smyth leaves Barclays for Wiggin – Calum Smyth has left Barclays Bank to join Wiggin as an intellectual property litigation partner. In his former role he led the global intellectual property team and advised management on all aspects of IP. He has significant experience in patent and software disputes as well as cyber-security matters. (BD)

Bressler, Amery & Ross expands IP capabilities with new hire – Pierre R Yanney has joined Bressler, Amery & Ross as a principal in its corporate and commercial transactions practice group in New York as of 20 July. Yanney’s appointment is part of Bressler’s growth and expansion strategy. Bressler managing principal Frank Cuccio said, “As a registered patent attorney, Pierre’s expertise in intellectual property matters will be beneficial to our client base of innovative national and international companies”. Yanney has 25 years of experience in patent law. He advises on patent litigation and prosecution as well as providing opinions and counseling. He will be a member of the firm’s intellectual property practice within the corporate and transactions group. Yanney was formerly a partner at Baker & Hostetler. (BD)