Every Tuesday and Friday, WTR presents a round-up of news, developments and insights from across the trademark sphere. In our latest edition, we look at Brainbase raising money to bolster its licensing platform, the discovery of fake leukaemia drugs, the EUIPO turning to blockchain to fight counterfeiting, a new product tag developed to combat fakes, and much more. Coverage this time from Trevor Little (TL), Adam Houldsworth (AH), Bridget Diakun (BD) and Tim Lince (TJL).

Alibaba and eBay on the fight against fakes – A piece on Footwear News this week reported on a panel at FN Platform, hosted by the American Apparel and Footwear Association (AAFA), which focused on efforts by eBay and Alibaba to fight fakes. Both sites noted they had allocated increased resources to protecting IP rights on their respective platforms. Daniel Dougherty, senior director of global IP enforcement at Alibaba, expanded on the company's takedown program while also taking a swipe at those who try to game the system: "We do know that there may be people who report often and who try to get things taken down [to gain] a competitive advantage — but we also know that the vast majority of reporters have legitimate IP rights. So our good-faith program [means that] if you have an established history of reporting accurately — rather than doing all of the due diligence for each submission — we will [review] your history of accuracy, and that will be sufficient." Julien Dudouit, global IP brand manager of legal intellectual property at eBay, contended that the site “don’t have so much issues in terms of counterfeit product", but said the platform does also have a Verified Rights Owner programme to allow rights owners to report suspect listings. The AAFA has previously been a fierce critic of Alibaba but pointed to increased cooperation in its recent submission to the US Trade Representative's 2018 Out-of Cycle Review of Notorious Markets. Clearly, its previous combative approach has succeeded in creating a dialogue with the company, as evidenced by its presence on this panel. (TL)

No-deal Brexit means Britain could miss our on EU anti-counterfeiting push – Representatives of the British pharmaceutical industry have warned of a potential “travesty” if British patients are not included in the EU’s Falsified Medicines Directive, which is due to come into force this weekend. “But that’s exactly what could happen in a ‘no-deal’ Brexit,” said Rick Greville, Director of Supply Chain at the Association of the british Pharmaceutical Industry. “It is just another reason why we urgently need a Brexit deal.” Pan-European supply chains play an important part in the provision of medicine to UK patients, with the British government stating that 75-percent of treatments used by the National Health Service are sourced from the EU. The European Medicines Verification System, to be established by the directive, will help tackle the cross-border problem of counterfeit drugs. But Britain’s participation in the scheme is not assured under a no-deal scenario. (AH)

Fake leukaemia drugs found – Two counterfeit versions of leukaemia treatment Iclusig have been discovered in countries as far apart as Turkey and Argentina, having been found in Switzerland at the start of the year, it has been reported. A World Health Organisation (WHO) alert was issued after it was confirmed that the medicines were fake. Further investigations have revealed that the illicit products, which contain paracetamol instead of the genuine drug, are being sold in several countries as well as by online pharmacies. The WHO has requested “increased vigilance within the supply chains of countries likely to be affected by these falsified products. Increased vigilance should include hospitals, clinics, health centres, wholesalers, distributors, pharmacies and any other suppliers of medical products.” (AH)

Anti-counterfeit product tag developed – According to an article in NewsAtlas, scientists at the University of Copenhagen have created a product tag which they claim “cannot be replicated” – both by potential counterfeiters and even the manufacturer itself. The technique, called the physical unclonable functions (PUFs) system, involves spraying a translucent microparticle-containing ink on top of a QR code – meaning that the codes are still readable by a QR reader but the particles create a unique, randomised scattering that could be recorded. The article states: “It is hoped that once the technology is refined, the tags could be manufactured utilizing commercial printing and coating processes. They could subsequently be affixed to items such as luxury goods or medications before shipping, then used by stores or customers to authenticate that those items are the genuine article.” (TJL)

Michael Best pedals to victory – In a press release issued this week, Michael Best announced that it had secured a $325,000 judgement and permanent injunction on behalf of its client, Custom Dynamics, against Lite Cycle for trademark infringement of their products. Custom Dynamics is a seller of LED lighting and other electronic equipment for motorcycles. A former distributor of Custom Dynamics, operating under the name Lite Cycle, was found to be selling counterfeit products of several Custom Dynamics’ registered and unregistered trademarks. As a result, the trial court awarded Custom Dynamics its lost profits, trebled those damages and awarded attorneys fees. The court also entered a permanent injunction prohibiting the defendant’s continued use of Custom Dynamics’ trademarks and unique product identifiers. Reflecting on the decision, in Custom Dynamics v Goracoff (5:17-cv-00506-FL), partner Anthony Biller stated that the decision "protects customers from further deception and upholds Custom Dynamics’ brands that they’ve worked so hard to build and which customers trust and rely upon.” (TL)

Campbell Soup gets ‘Chunky’ – Campbell Soup has just had a trademark approved for the term ‘Chunky’, having originally applied for this mark with the USPTO in May 2018. The ‘Chunky’ brand was first used in 1969, and has since become a staple for the company. Campbell Soup’s application noted that the brand had received significant unsolicited media coverage, having been mentioned on SNL, The Simpsons, and Family Guy. Campbell Soup has spent upwards of $1 billion on its advertising of the ‘Chunky’ brand since 1988, using NFL sponsorships as a means to market the product. The chief marketing officer of Campbell’s US meals and beverages, Diego Palmieri, comments: “We’re proud that the word ‘Chunky’ will be forever associated with Campbell Soup Co.” (BD)

Irish Whiskey wins GI protection in Australia – The Irish Whiskey Association has been successful in its bid to have Irish Whisky recognised as a protected Geographical Indication in Australia, it has been reported. This comes after the association’s chief William Lavelle vowed last year to increase its efforts to protect authentic Irish Whiskey: “The IWA, under the direction of our Head Legal Advisor Carleen Madigan, will be increasing our response to...infringement in line with the priority and funding being provided by our member companies who are the people making real, authentic Irish Whiskey here in Ireland.” The criteria set out by the association provide a “clear and agreed benchmark against which complaints of misleading labelling can be assessed and enforced against.”. These being distilled from water and malted barley (or whole grains from other cereals) at a distillery in the Republic of Ireland or Northern Ireland. Madigan commented: “This is a major achievement in our efforts to protect the integrity of Irish whiskey in Australia as a significant export market.This registration means Irish whiskey for the first time is protected and defined in Australian law, which will greatly enhance our ability take action against rogue traders. This will ensure Irish whiskey maximises its potential and maintains its growth trajectory.” (AH)

EUIPO turns to blockchain to fight counterfeiting – The EUIPO has launched a new forum designed to encourage the development of technological solutions to combat counterfeiting. The Anti-Counterfeiting Blockathon Forum will be built on blockchain technology and is linked to the EU Blockchain Observatory, which is designed to reinforce European engagement with stakeholders involved in blockchain activities. Christian Archambeau, EUIPO executive director has called on private sector organisations, and all interested individuals to join the forum test solutions that would successfully combat the “global plague” of counterfeiting, stating: “In today’s fast moving world, we need to use the latest technology to keep a reliable record of the origin of goods and their progress through international supply chains. Blockchain’s ability to create permanent and unchangeable records makes it one of the best candidates to deliver results on the ground.” (TL)

The IP attaches visit home – This week on the USPTO website, Damian Porcari, director of the Elijah J. McCoy Midwest Regional United States Patent and Trademark Office, provided an update on regional outreach work carried out by the USPTO's IP attaches in December. The IP attachés work to improve IP systems internationally to benefit US stakeholders and convene in the US annually to learn about the concerns of businesses and to make them more aware of the international aspects of IP protection. In December, the group hit Chicago and Porcari joined them in a visit to the business incubator mHUB. During the visit, the group gave a presentation on the basics of protecting and enforcing IP abroad, and engaged in discussion about various aspects of innovation. Jenna Feldman, programs coordinator at mHUB, comments: “The information our member companies gained from the IP attachés was extremely valuable and will help them understand the procedures to submit and process patents and trademarks in various regions around the world. Every participant has or will have a product that’ll be sold in at least one of the attachés’ markets, so they were able to seek answers most relevant to their business. In addition, the participants learned that the USPTO is more than just an entity, but a resource with a wide range of services to help entrepreneurs.” (TL)

ENSafrica welcomes a new director to the IP department – In a recent press release ENSafrica has announced that André Maré has been appointed to director of the IP department. He is a qualified trademark practitioner, as well as specialising in the IP aspects of the pharmaceutical industry. (BD) 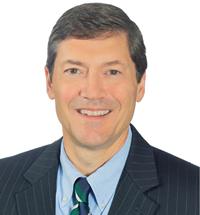