Every Tuesday and Friday, WTR presents a round-up of news, developments and insights from across the trademark sphere. In our latest edition, we look at the Uzbekistan IP Office warning of a rise in fraud, Lamar Jackson changing his catchphrase to avoid a lawsuit, the Korean and Saudi IPOs pledge better cooperation, four ‘.brands’ prepare to exit, and much more. Coverage this time from Trevor Little (TL), Bridget Diakun (BD), Jonathan Walfisz (JW) and Tim Lince (TJL).

Uzbekistan IPO warns of rise in fraud – The Uzbekistan IP Office has reported on a significant increase in fraud attempting to take advantage of a rise in unemployment due to the covid-19 pandemic. The most common form of fraud has been promotions sent on messenger apps (eg, Telegram and WhatsApp) that promote donations, online purchases of goods and services, crowdfunding, and offerings to earn money. The main purpose of these fraud messages, the registry adds, is to send malware to communication devices. Many of the fraud messages and channels often infringe IP rights by using logos and other brand assets to help attract more consumers, the registry states, adding: “There is a saying among our people: ‘A bird that does not fly carefully loses its wings.’ Indeed, it is a requirement of the times not to fly to such various calls and challenges today.” (TJL)

The iconic colours of the Masters’ jacket are now federally protected – The winner of the Masters Tournament receives a significant prize: the famous Pantone 342 green jacket with gold buttons. According to The Fashion Law, Augusta National Inc was successful in registering the colours of the jacket as a trademark after the USPTO initially refused to earlier last year. Augusta National has registered trademarks for its logo as well as a number of key branding terms, but it had never sought protection for the actual jacket. The organisation’s counsel filed an application early last year for “the colours green and gold where the colour green is applied to the jacket and the colour gold is applied to the three waist buttons and the two sleeve buttons on each arm of the jacket”. Notably, Augusta National was not looking to register the design of the jacket, and did not list class 25, which covers clothing, on the application. Instead, they wanted to use the mark for promoting goods and services through sponsorship of sporting events, as well as organising and carrying out golf tournaments. In April of 2019 the USPTO preliminarily refused the application arguing that the jacket was not distinctive. Augusta National filed a reply in November arguing that the Green Jacket was “one of the most recognised brands in the gold industry”, and that consumers recognised it in connection with the Masters tournament. The USPTO has since granted registration to Augusta National for use of the specific colours in connection with the jacket. (BD)

Valentino struggles with Rockstud Spike trademark – Valentino has seen great success from its Rockstud shoes and accessories, which is why the company’s legal team has repeatedly applied for various Rockstud-related trademarks at the USPTO, reports The Fashion Law. Between December 2010 and October 2019 Valentino has sought to register trademarks for the “Rockstud” name and “Rockstud Spike”, as well as different aspects of the stud’s appearance and placement. It has had significant trouble with the “Rockstud Spike” application, which was officially refused in 2018 because the word “spike” was deemed descriptive. Valentino’s representatives appealed the decision to the TTAB, arguing that it would not remove “spike” from the application because it was not descriptive, and that the studs on the brand’s products were not representative of the USPTO’s definition of a spike. The TTAB delivered a loss to Valentino earlier this month, upholding the original decision of the examining attorney. (BD)

Lamar Jackson changes catchphrase to avoid trademark suit – American football player Lamar Jackson has changed his catchphrase to avoid a lawsuit. Speaking on the Baltimore Ravens’ Twitter, he claims someone wanted to sue him for ‘big truss’. Now he has changed the spelling to ‘big truzz’ and filed a trademark application at the USPTO, reports TMZ. The sports star also showed off his tattoo with the new spelling – which he will likely be keeping even if his latest mark faces an opposition. (JW)

3M files more suits against N95 distributors – Following the four cases recently filed in the US against distributors of its N95 respirator masks, 3M has filed a suit at the Superior Court in Ontario, Canada, against Caonic Systems. It alleges that Caonic has been falsely claiming to be affiliated with 3M and selling the marks at five times the retail price. 3M is seeking an injunction and an undisclosed sum of damages that will be donated to covid-19 relief funds. (JW)

IPOS postpones IP Week event – The IP Office of Singapore (IPOS) has announced the postponement of its IP Week @ SG 2020 Conference for approximately 12 months. The move follows the ongoing covid-19 situation, with the registry confirming that holding the event was not appropriate at this time. “This was a difficult decision, especially given the significance and support that the past editions had received from the innovation community,” an IPOS representative commented. “But, it is more important to prioritise the health and safety of our friends, partners, speakers, vendors and participants, who have committed their unequivocal support for the event.” While this year’s event will not be held, IPOS further confirmed that it plans to celebrate IP Week “electronically”, with more details available on the event website in due course. (TJL)

Korean and Saudi IPOs hold video conference – The Korean IP Office (KIPO) has revealed details of a recent video conference it held with the Saudi Arabian IP Office, with both parties agreeing to use the ongoing coronavirus crisis “as an opportunity” for a better relationship. As well as exchanging data to help improve operations at both registries, the KIPO agreed to send "three or four" patent and trademark examiners to Saudi Arabia “as soon as possible after the coronavirus situation is settled”. Following the call, KIPO president Won-Joo Park said: “Saudi is the most influential country in the entire Arab world and has the strongest willingness to innovate through intellectual property. With the expansion of the delegation, we are accelerating our cooperation with Saudi Arabia, we will continue to spread the dispatch of professional manpower to Saudi Arabia and other Arab countries. We will spare no pre-emptive support so that Korean companies entering the emerging markets such as the Middle East can secure and protect intellectual property rights early in the field." (TJL)

Four ‘.brands’ prepare to exit – On WTR earlier this week we presented the takeaways from two reports focused on the ‘.brand’ landscape, where usage is rising as companies roll out their branded domains. However, not all first round applicants are as keen to capitalise on their investment. On Domain Incite, Kevin Murphy reports that four ‘.brand’ applicants have requested the termination of their contracts – the TLDs in question including two of the three remaining gTLDs being held by luxury goods maker Richemont (‘.珠宝’ and ‘.手表). Also seeking to drop their TLDS are Allstate (‘.esurance’) and SCOR (.scor). (TL)

Rimon Law adds IP attorney to its LA office – Alan Chen has joined Rimon Law as a partner within its Los Angeles office. Chen’s practice focuses on IP and international commercial litigation. He was formerly a partner at Zuber Lawler LLP. (BD)

Have you say on coronavirus impact on trademark practice – WTR is inviting trademark professionals to share their perspective on how the ongoing covid-19 pandemic is impacting brand protection efforts. The aim of this new project is to understand the issues that have arisen in recent weeks, explore how industry is adapting and pass the findings along to help the wider trademark community. Any views that you supply will be used only to build up a general picture of the state of the market (your responses may therefore be used anonymously in editorial, but will not be attributed to you, and your information will not be used for any commercial purpose). Completion of the survey should take no more than 5 minutes. The results will be presented on the WTR platform in the next couple of weeks. The survey form is available here. (TJL) 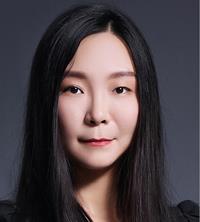