Every Tuesday and Friday World Trademark Review presents a round-up of news, developments and insights from across the trademark sphere. In today’s edition, we look at the fourth country to bring into force plain packaging on tobacco products, a trademark technology start-up’s €3 million in new funding, the Ugandan government’s recent counterfeit crackdown and an unusual protest against plain packaging in France. Coverage this time from Trevor Little (TL), Tim Lince (TJL), Adam Houldsworth (AH) and Timothy Au (TA).

London cops join forces with NFL to promote fraud risks – A campaign has been launched by the City of London Police to raise consumer awareness on the dangers of identity fraud by counterfeiters. As part of this effort it has teamed up with the NFL, whose British fan base has grown dramatically in recent years, and whose brand has been a major target for imitators. Warning consumers that “there’s more at stake when it’s fake”, the City of London Police’s Intellectual Property Crime Unit points out that personal details are often stolen by online counterfeiters. While many consumers still regard counterfeiting as a victimless crime, this should provide a sharp reminder that this is not the case – and that sometimes the purchaser is as much a victim as the targeted brand. (AH)

Enforceability IP rights relating to cannabis could soon be clarified – The question over whether US federal courts will enforce cannabis-related IP rights (with cannabis-related products still being illegal under federal law) may soon have an answer. Biotech company Orochem Technologies recently filed a lawsuit against Whole Hemp Company alleging that its trade secret processes for extracting cannabidiol from industrial hemp had been misappropriated. As Orochem are looking to enforce their federal IP rights, The Cannabis Industry Journal notes that this may provide a first look at how the federal courts will deal with the assertion of IP rights related to cannabis. As the case may provide some much-needed clarification for rights holders in this space, it will be one to watch closely – especially given the difficulty of establishing IP rights in this area. (TA)

Ugandan government acts to protect public from counterfeit water – The manufacture of packaged water is to be more tightly regulated by the Ugandan government, which is seeking to clamp down on widespread counterfeiting in the sector. State minister for trade and industry Michael Werikhe told cabinet that all packaged water manufacturers would henceforth be required to register themselves and use a “multi-barrier technology approach” to protect the health of consumers. He also vowed to invest money in the development of skills in the bottled water industry, and to strengthen the Ugandan Bottled Water Manufacturers Association. The Independent reports that, as well as posing a public safety concern, counterfeit packaged water is regarded an economic drag for the country, which has great advantages in drinking water sector and sees it as a potentially important source of growth. (AH)

Ireland becomes fourth country to put plain packaging into action – Ireland joins Australia, France and the UK in adopting plain packaging for tobacco products, as the Public Health (Standardised Packaging of Tobacco) Act 2015 came into force at the end of September. The full transition to plain packaging in Ireland may take a while though, as products that were already being manufactured may stay on the shelves until September 2018, according to guidance from the country’s department of health. This is another considerable step forward in the seemingly inexorable march of plain packaging across the globe. (TA)

Cambodian government’s historic destruction of 81 tonnes of counterfeits – Cambodia’s Counter Counterfeit Committee (CCC) destroyed roughly 81 tonnes of counterfeit chemical products that posed health risks this week. The head of the committee stated that the destruction of counterfeits on this scale had “never happened [before]” in the country’s crackdown on fakes. This is the latest success story for the CCC after conducting numerous high-profile raids earlier in the year. The CCC has called for greater co-operation between ministries and the relevant authorities and has also urged brand owners to reach out to the government to help shape the country’s burgeoning market. (TA)

Trademark tech start-up raises €3 million in funding – TrademarkNow, a legal tech start-up that builds trademark management tools, has received €3 million in new funding, as well as a €2 million loan from a Finnish government agency, reports Tech.eu. The Finnish start-up recently relaunched its trademark clearance search product after adding 15 new databases from Middle Eastern countries. Margus Uudam, a partner at Karma Ventures, one of the firms that led the funding, stated that the value of TrademarkNow can be seen from its “significant and quickly growing global customer base”. (TA)

Scarinci Hollenbeck snags top lawyers to reinforce its IP team - Corporate law firm Scarinci Hollenbeck has acquired the services of William R Samuels, John C Laurence and Iva Rukelj, who will be based at its New York office. The announcement reflects the continued growth of the firm’s IP team. (AH)

Lawnch is achieved – A new Eindhoven-based firm, founded by Patrick Kager, Alexander Peerboom, Gino van Roeyen has opened its doors for business. Lawnch focuses on commercial law areas including IT and privacy law, intellectual property, commercial agreements and corporate law. van Roeyen, previously of Banning Advocaten, is described in the current edition of the WTR 1000 as  “a food and fashion aficionado whose global mindset and fluency in private international law make him a formidable cross-border litigator”. (TL)

French protesters see orange over tobacco regulations – Over 1 tonne of carrots were dropped outside France’s Ministry Of Health on Wednesday in a protest related to the French government’s plan to raise the price of cigarettes. Such a move is a familiar one for French government departments; in September 2015, a similarly large pile of carrots was left outside the country’s Ministry of Finance by protesters as a demonstration of their anger at plain packaging. In that case, the carrot protest didn’t work – France implemented plain packaging on tobacco products a year later (although recent figures suggest smoking continues to rise in the country). These protests may make you wonder: why do anti-tobacco regulation protesters in France dump carrots? Well, helpfully, TheLocal.fr had a look at this question on Tuesday. The answer, it seems, is that a carrot is “a reference to the name of the red diamond shaped sign that hangs outside tobacconist shops in France”, which are known as ‘Carotte de tabac’, a name with a history that spans back to the 16th century. Whatever the success rate of the carrot protest is in the modern age, it’s certainly the most creative push-back against plain packaging we’ve heard of. (TJL)

British lingo features in trademark column – Historian, Fred Hughes, penned a short column this week for the Stoke Sentinel, an English regional newspaper, which focused on trademark protection. In it, Hughes looked at regional colloquialism, and wondered if local knowledge that a typical trademark examiner would be unaware of can be registered – and, if so, whether it could lead to those terms being restricted in some way. It focused on the term ‘potbank’, a term used to refer to local pottery factories in Stoke-on-Trent and the surrounding area. A local resident, Hughes says, is unable to name their new cafe Potbank due to a trademark claim. With that in mind, he concludes by asking whether the word could “eventually die out in conversational use” if it is “restricted by a trademark”. His answer to his own question is honest and so incredibly British: “Dust ‘ear youth, ar conna akchuly say, cuz ah dunna akchuly neow!” (TJL)

Best of luck to an IP publishing peer – News reached us today that James Nurton, the long-time editor of Managing IP, is leaving the publication at the end of October. James has worked on the title for over 21 years, and announced his departure on the MIP blog. Despite both working in London, we always seem to catch up while at trademark conferences in far-flung corners of the globe (where the inevitable, enjoyable ‘catch-up over a drink and hor d'oeuvres’ quickly ensues). It may well be that he remains in the world of IP but wherever his next role takes him, World Trademark Review wishes him the best of luck. (TL)

IP attorneys by day, rock stars (and fundraisers) by night – Noise in the Basement, an alt-rock band featuring Venable attorneys Andrew Price and Damon Wright, along with Bri Rizzo and Steve Freeland, have won the annual Law Rocks DC battle of the bands for the second consecutive year. More importantly (not to downplay the musical awesomeness) the group was the top fundraiser among all the participating  bands, raising nearly $25,000 in donations, ticket sales, and sponsorships (of which almost $5,000 will be donated to Venable's pro bono client, Together We Bake – which empowers women who have experienced incarceration, homelessness, and long-term unemployment with the knowledge, job training, and life skills to improve their lives – and some of which will go to hurricane relief). That is some serious Noise in the Basement. (TL) 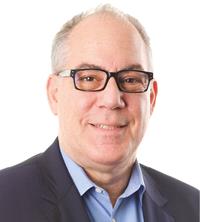