In a guest analysis, Bill Taylor, chief marketing officer at OpSec Security, explained why and how consumer trust should be placed at the heart of online brand protection efforts. Read more

After an unprecedented four years, WTR looked back at the brand-related highs and lows of the Trump administration. Read more

We reached out to experts in the trademark field to ask what President Biden’s priorities should be over the next four years. Read more

A spokesperson from the International Anti-counterfeiting Coalition explained why they expect the Biden administration to take an ‘evolution’ not ‘revolution’ approach towards IP policy and would urge it to build on efforts to fight fakes. Read more

Following news that Donald Trump is reportedly considering a launch of a new political venture called the ‘Patriot Party’, we examined the prior marks that could pose a “significant hurdle” to his plans. Read more

An online spat between two authors highlighted the brand risks associated with social media influencers and cancel culture. We reached out to one brand expert for more insight. Read more

A Beckham brand boost, USPTO leadership changes, Pearl Jam’s cease and desist to Pearl Jamm, and the EU General Court’s decision over HALLOUMI and BBQLOUMI were among the stories featured in Friday’s news round-up. Read more

Despite a tumultuous year, trademark application volumes at the EUIPO hit a record high in 2020 – as this week’s data analysis revealed. Read more

We announced the dual launch of Stobbs IP’s iaidō and /iambic/, which aim to match business intelligence with a case management system infrastructure to provide innovation that the service provider landscape is currently lacking. Read more

Amid recent calls for sponsors of the Beijing Winter Olympics to leverage their influence over Chinese authorities, Saturday’s opinion piece reflected on how the perception of brands changed irrevocably in 2020, leading to greater expectations on corporate social responsibility and social action. Read more 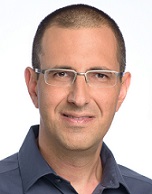