Every Tuesday and Friday, WTR presents a round-up of news, developments and insights from across the trademark sphere. In our latest edition, we look at the INTA calling for help in the fight against hunger, the EUIPO approving the Strategic Plan 2025, Nominet releasing its Criminality Report, WIPO kicking off a new case law publication series, and much more. Coverage this time from Trevor Little (TL), Bridget Diakun (BD), Jonathan Walfisz (JW)  and Tim Lince (TJL).

A call for help in the fight against hunger – During the opening addresses at this year’s INTA Leadership Meeting, the theme of ‘brands for a better society’ shone through, with featured speaker, Derrick Chubbs, president and CEO of the Central Texas Food Bank, highlighting the role companies, law firm and individuals can play in combatting “a growing hunger problem”. The organisation works with food donors across the country, financial supporters and volunteers to fill unmet needs in Central Texas, bringing 39 million meals to the community last year. Chubbs shared some startling statistics to illustrate the nature of the hunger problem, revealing that 93% of its clients are not homeless – with 64% of clients having at least one working adult in their household and 34% of clients being children and teens. It is an issue that can impact anyone, at any time, with Chubbs noting that “our clients are caught in the tyranny of the moment – having to choose between food and utilities, or food and medicine, or food and housing.” As an example, he pointed to the 2019 federal government shutdown, during which the food bank served 1,554 households, comprising 5,031 individuals: “What many asked were ‘why am I here?’. One lady had been working for the federal govt for 44 years - but she was in line. So many of us are one pay cheque from being there.” Positively, a number of INTA volunteers spent time with the organisation while in Texas, Chubbs revealing that they packed together 13,000 pounds of food, which equates to over 8,000 meals that can be delivered by the organisation. Kudos to all those volunteers – but there is more to be done. Chubbs called on the community to support organisations such as his, concluding: “If you can’t support a food bank, then support someone.“ (TL)

WIPO kicks off new case law publication series – The World Intellectual Property Organization (WIPO) has published the first edition in a new series collecting IP judgments from jurisdictions around the world. The WIPO Collection of Leading Judgments on Intellectual Property series aims to illustrate IP adjudication approaches and trends, by jurisdiction or theme in each volume, and the first title is a joint publication with the Supreme People’s Court (SPC) of the People’s Republic of China. It features 30 representative judgments rendered by the SPC between 2011 and 2018, presented in both Chinese and English. These decisions, selected by the SPC, are said to exemplify recent judicial adjudication in the areas of copyright, trademarks, patents, trade secrets, new plant varieties, integrated circuit layout designs, monopoly and competition, and criminal enforcement of IP rights. (TL)

UK campaign group sent cease-and-desist by Brexit Party – With the UK election in full swing, a British political campaign group that uses satire to target pro-Brexit politician has been sent a cease-and-desist letter from The Brexit Party over the group’s use of the domain ‘thebrexitparty.com’. In the 8-page letter sent to the group Led by Donkeys, and which is partially posted to Twitter, The Brexit Party – which is campaigning for the UK to leave the EU with ‘no deal’ – cites EU law five times, including references to EU registered design rights for its logo. In response, Led by Donkeys says that the party can have the domain – if they donate £1 million to an immigrant welfare charity. Clearly defiant, the campaign group further said the price would increase by £50,000 a day. It is understood that Led by Donkeys registered the domain on 26 October 2018, while The Brexit Party was incorporated on 23 November 2018 – with users therefore claiming that the domain cannot infringe on The Brexit Party’s rights. With no party likely to back down, this legal fight could become increasingly bitter, with little hope of being resolved before the UK election voting day next month. (TJL)

Chile IPO announces extension of deadlines – Chile’s National Institute of Industrial Property (INAPI) has announced a variety of deadline extensions for “users who have been affected by recent events in the country”. Examples of extensions include the “proof of payment of final rights once an application is accepted”, with a 30 day extension, and the “proof of payment for renewal fees”, with a three month extension. For full details, visit INAPI’s website. (TJL)

EUIPO approves Strategic Plan 2025 – The EU Intellectual Property Office (EUIPO) has confirmed that its new Strategy Plan 2025 was approved by the registry’s management board with “unanimous support”. The three strategic drivers in the new plan are: (1) further develop an interconnected, efficient and reliable IP System for the Internal Market; (2) focus on more customer-centric services; and (3) move the office towards a more innovative workplace while developing the organisational skill-sets required to do so. The Strategic Plan 2025 will begin its implementation period from 1 July 2020. (TJL)

Nominet’s annual Criminality Report released – ‘.uk‘ domain registry, Nominet has released its yearly criminality report, recording 28,937 suspended ’.uk‘ domains between 1 November 2018 and 31 October 2019 – a slight decrease from 2018’s figure of 32,813 suspended domains. This equates to 0.22% of the total 13 million ‘.uk‘ domains registered. Many of the suspensions were the result of collaboration with the UK Police Intellectual Property Crime Unit (PIPCU) which sent 28,606 of the requests. Merely 16 requests in total didn’t result in a suspension, down from last year’s 114. Figures were also given for how many domains were suspended under Nominet’s terms policy. Over 1,600 domains were flagged as potential breaches, but no suspensions were made. There was also zero suspension requests from the Internet Watch Foundation on Child Sexual Abuse Images (CSAM) on ‘.uk‘ domains. Over the year, Nominet’s anti-phishing initiative Domain Watch, suspended 2,668 domains with a high risk of phishing. Nominet CEO Russel Haworth said: “It’s encouraging to see that our efforts, working closely with the law enforcement community, are having a demonstrable impact on the ability of those intent on causing serious mischief online. We will not tolerate ‘.UK‘ domains being used for criminal activity. Suspensions have fallen for the first time since 2014 indicating that using collective established processes combined with technology-driven interventions is, it seems, acting as a deterrent.” (JW)

IP litigator joins Barnes & Thornburg in LA – Litigator Seth Gold has been appointed to partner within Barnes & Thornburg’s IP department in Los Angeles, according to a press release on the firm’s website. Gold has extensive experience in disputes relating to copyright and trademark infringement matters, as well as trade secret disputes. He joins the firm from K&L Gates. (BD)

Hahn Loeser & Parks makes associate hires – Hahn Loeser & Parks has announced the hire of Ethan J Peters and Andrew Y Schiefer to the Cleveland office as associates. Peters will be joining the firm’s IP practice. He handles a range of issues including the acquisition, utilisation and enforcement of rights. Peters will work on patent, trademark, trade secret and copyright matters. (BD)

Perkins Coie strengthens its China presence – Perkins Coie has undertaken three initiatives to grow its footprint in China. It has launched an IP agency in Beijing, as well as opening a new location in a fast-growth tech hub of Shenzhen and moved to a larger office space in Beijing. The firm’s focus on regional growth has so far paid off, with an eight-fold increase in clients between 2017 and 2018. The newly established IP agency will have offices in both Beijing and Schenzhen. It is licensed by the China National Intellectual Property Administration (CNIPA) and the staff will include consultants and paralegals. A range of services will be offered including trademark registration, portfolio management and domain name registration and disputes. The new Shenzhen location is located in the Nanshan District. It will allow Perkins Coie to serve clients better in the Guangdong Province and across South China. (BD)

Nelson Mullins snags partner from Mintz – Nelson Mullins Riley & Scarborough has appointed Kongsik Kim to partner within the IP department in its Boston office. Kim previously worked at Mintz where he was a member and leader of the Korea practice. He provides strategic advice to companies big and small, and is particularly experienced in assisting Asian clients seeking protection and growth in the US. (BD) 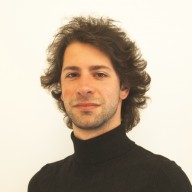 @WTRmagazine RT @BRANDSTOCK_AG: Which are the most valuable brand in 2020? A clue: they are all companies that work in tech. Discover the Global 500 rep… Read more 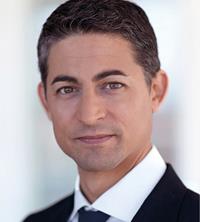