Every Tuesday and Friday, WTR presents a round-up of news, developments and insights from across the trademark sphere. In our latest edition, we look at a new study that finds 25% of online purchases are for fakes, the EU General Court ruling on a NEYMAR mark, counterfeit containers seized in Malta, Coca-Cola topping a little brand list, tips on making a brand matter, and much more. Coverage this time from Trevor Little (TL), Bridget Diakun (BD), Jonathan Walfisz (JW)  and Tim Lince (TJL).

It’s a record-breaker: The INTA Annual Meeting by the numbers – On May 8, INTA announced that it had secured its 11,000th registrant for the annual Meeting (the honour going to Josh Wolkoff of Baker & McKenzie). In the time since, the numbers have been creeping up. As of the morning of Thursday 16 May, the INTA told WTR that a total of 11,173 individuals had registered for the event – which is now officially the biggest in the storied history of the association. Crucially, the demographic is truly global. While the final numbers will likely be announced at Sunday’s opening ceremony, we can reveal that, as of Thursday, the geo-split of registrants is as follows: Africa and Middle East – 462 (4%); Asia and Pacific – 2,329 (21%); Europe – 3,096 (28%); Latin America and the Caribbean – 1,315 (12%); and North America – 3,971 (35.5%). (TL)

Quarter of online purchases are counterfeit – A new study from the Better Business Bureau (BBB) has found that one in four people that buy products online are purchasing fakes, be it intentionally or not. According to the BBB, this amounts to a loss of more than $200 billion to the United States economy. Quoted in the report is Barry Elliott, a senior fraud investigator with the Royal Canadian Mounted Police, who points out the connection between fakes and China, noting: “Counterfeiting by Chinese criminal gangs is a far larger problem than most people recognise, but concerted efforts against the credit card processing network that funds them can make a real difference.” While many of the findings in the report won’t come as a surprise for those on the ground, the study is still a handy resource when it comes to evidencing the problem of counterfeits. (TJL)

Yellow Brand Protection seeks to spread the anti-counterfeiting message – Yellow Brand Protection has launched a new corporate social responsibility initiative aimed at raising awareness amongst consumers regarding the danger that counterfeit goods constitutes to society. Launched to coincide with this week’s IACC Spring Conference, the long-term campaign, #imforreal, focuses on the mission of creating 'A Cleaner Internet. A Better Society'. The initiative encourages stakeholders to utilise the hashtag to spread the message, with the company stating: “Since our brand was established in 2010 we have been led by our guiding principle: We Stop at Zero. This simply means that we strive to remove all unauthorized listings of our clients’ products in online marketplaces, webshops and other key channels. With the #imforreal initiative we reach even further.” (TL)

Nigeria’s IP register expands to include games, apps, and software – The federal government in Nigeria has announced that the IP register needs to modernise by incorporating and covering the intellectual property rights for apps, games, programming and other online assets, reports The Cable. The move comes as part of the ‘Nigerian Industrial Revolution Plan’ which is examining a knowledge-based economy as a potential shift for the country’s revenue, fundamental to which would be updated IP rights. The federal ministry of industry, trade and investment also announced that a six-year backlog of registration applications and issuance of certificates has been cleared alongside the registries being digitised. Nigerian registries are planning to reduce registration waiting time to six months as well. (JW)

Four containers worth of counterfeits seized by customs officials in Malta – The customs department searched four containers at Malta’s international port to uncover thousands of counterfeit items. According to a statement, this discovery was not part of a planned operation, rather the fake goods were uncovered during a routine surveillance. The containers contained counterfeit dresses and footballs. (BD)

Floridian men clash over Florida Man property – A Florida man, Ryan Davis, has applied for the trademark for FLORIDA MAN, although the application could run into trouble. Davis operates a website, ‘floridaman.com’, that features a collection of stories published about the peculiar news circling around anonymous Floridian men. The term has grown in popularity with the Florida practice of news publications not revealing suspect’s identities, creating the Florida Man cohort accused of an inexplicably diverse range of activities. According to report, Davis’ attempt to gain a registered trademark is a defensive manoeuvre, combating Oxygen television network’s plan for a reality show called ‘Florida Man’. According to Davis, his website – which he run for three years prior to filing for the mark – sells t-shirts with the term on it, which has been the main source of the website’s profit. (JW)

“Offensive” Brexit energy drink denied trademark again – A politically themed Brexit beverage appeared before the EUIPO’s Grand Board of Appeal this week after having been originally denied a trademark at the EUIPO back in 2016. The previous ruling stated that the term ‘Brexit’ was too “offensive” and would “undermine the weight of an expression denoting a seminal moment in the history of the European Union”. In the Board of Appeal, these grounds were rejected as term is not “an emblem for terrorism, oppression or discrimination of any kind. Nor is it a synonym for social unrest. ‘Brexit’ is not a byword for hate, sexism, racism or anything of the sort. Nor is it lewd or salacious.” Despite this, the drinks company still lost the case due to the mark not being distinctive enough. (JW)

The EU General Court has upheld the invalidity of the NEYMAR mark – The EU General Court has upheld the EUIPO cancellation division’s decision to invalidate the NEYMAR trademark, putting an end to a dispute which was initiated in 2016. Carlos Moreira had applied for ‘NEYMAR’ as an EU word mark in 2012, which happened to be the year that Neymar ranked as South America’s best football player. The mark was registered with the EUIPO in April 2013, and covered clothing, footwear and headgear categories. Neymar sought to invalidate the mark in 2016 arguing that the application was done in bad faith. The cancellation division of the EUIPO found Moreira to have acted in bad faith, but Moreira appealed this decision to the EU General Court. (BD)

KIPO ramps up efforts to enhance inter-Korean IP cooperation – The Korean Intellectual Property Office (KIPO) is set to commission research to “suggest practical grounds and establish a cooperative system to initiate inter-Korean cooperation in the field of industrial property rights and promote it in a stable manner”, reports NK News. The outlet reports that the “policy research” was opened to bidders via an emergency notice and appear to be part of the KIPO’s annual work plan for the year, which aims to prepare for an inter-Korean basic agreement in intellectual property rights. In terms of trademarks, the document states that famous marks issued by North Korea, as well as geographical indications, should be investigated and analysed. It further states that the research should examining “popular products distributed in China’s on and offline platforms” such as Taedonggang Beer. (TL)

Making a brand matter – Over on AdAge, the chief marketing and communications officer at Mastercard, Raja Rajamannar, has penned an interesting column on ensuring a brand matters in an incredibly competitive market. In all, Rajamannar came up with six principles that should guide all brands in the modern age: “Start with a cause or purpose tied to your business model or brand; focus on scalable ideas; use the power of collaboration and partnerships; commit for the long haul; secure commitment from the top; and engage your employees.” For brand protection practitioners, some of these principles will just come across as common sense – but they are still worth reviewing every now and then. (TJL)

Coca-Cola tops unwanted brand list – For many brands, coming top of a list of ‘most seen’ or ‘most visible’ brands will be seen as a positive – demonstrating a logo or branding is being seen by a large audience. But new research that finds Coca-Cola is the most visible brand of packaging pollution on UK beaches will not be a proud moment for the fizzy drink giant. According to The Guardian, Coca-Cola bottles and cans are the most commonly seen items on British beaches (making up 12% of litter), followed by Walkers products (7.5%), Mondelēz International (7%), McDonald’s (6%), Nestlé (5.5%), Lucozade (4.5%), Mars (3.5%), Haribo (3%), Tesco (2.5%) and Pepsi (2%). Of course, such research is a clever way of highlighting the amount of pollution ends up on beaches and in the ocean – would the media be covering this without big brands being mentioned? It’s also a reminder of how brand names can be used by environmental (and other nonprofit or activist organisations) as a canny way to raise awareness of their messages. (TJL)

New trademark protection scheme proposed for adult gTLDS – Over on Domain Incite, Kevin Murphy reports that domain registry MMX has proposed a new trademark blocking service across its four adult gTLDs. Murphy notes that “the service would enable big brands to block their marks from registration across all four TLDs for less than the price of individual defensive registrations”, although prices have not yet been disclosed. Providing more detail, the company told ICANN: “The Adult Block will allow trademark owners to block unregistered labels in our TLDs that directly match their trademarks. The Adult Block Plus will allow trademark owners to block unregistered, confusingly similar variations of their trademarks in our TLDs.” Cost will be all-important but the service could prove popular given the content nature of the domains in question. (TL)

Carlton Fields unveils new shareholder – Carlton Fields has announced that Clark W Lackert has joined the firm’s New York office as a shareholder. A member of the firm’s Intellectual Property practice group, Lackert focuses his practice on trademark, copyright, domain name, licensing, and anti-counterfeiting matters, both in the US and internationally. He boasts more than two decades of experience in all aspects of trademark and copyright laws, including conflict and litigation cases, acquisitions and divestitures involving due diligence for intellectual property assets, licensing and franchising, enforcement actions, and global portfolio management. As part of his international practice, he has worked with local counsel in more than 200 countries and coordinated litigation in the US and abroad. His clients include multinational corporations, start-up companies, Fortune 200 companies, and household names. (TL) 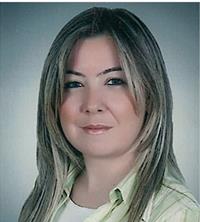