Every Tuesday and Friday, WTR presents a round-up of news, developments and insights from across the trademark sphere. In our latest edition, we look at a brand owner claiming the IP office “made a mistake” in granting their trademark, an Indian online shopping platform launching a new anti-counterfeiting programme, two UK health companies in an IP dispute, how a shift in mindset is needed to combat fakes, and much more. Coverage this time from Trevor Little (TL), Adam Houldsworth (AH), Bridget Diakun (BD) and Tim Lince (TJL).

IPO “made a mistake” in granting BLACK FRIDAY mark – A company owned by former professional rally driver Marcus Grönholm was granted a Finnish registered trademark for the term BLACK FRIDAY in 2012, and this week admitted the national IP office probably shouldn’t have accepted the application. Talking to local outlet YLE, Grönholm’s company MG Properties owns a shopping centre in south Finland which first held a Black Friday campaign in 2011 – and following its success, Grönholm applied for and was subsequently granted a registered trademark for the term BLACK FRIDAY. “It was very easy to get it registered," Grönholm told YLE, noting that the term became much more prevalent in Finland’s retail sector over the next few years. At first, Grönholm contacted retailers telling them he owned the rights to the term in the country. But now, despite the need to enforce the mark against third-party use, he admits he no longer does. “Black Friday is all around the world and on the internet. Before, I thought I could do something about it, but this is how things are now. The Patent and Registration Office made a mistake when they granted me the trademark in the first place," he stated. While that may be true, a search on TMview finds countless registered marks for the term BLACK FRIDAY from all over the world (including in the Germany, Russia and United States) – so it seems, if the Finnish IPO was mistaken back in 2012, so were other national registries too. (TJL)

ACCC intervenes against trademarks making biodegradable claims – The Australian Competition and Consumer Commission has expressed concerns over trademarks filed by OxoPak, according to The Sydney Morning Herald. The consumer watchdog takes issue over the use of the term biodegradable for plastic bags. Mick Keogh, ACCC’s deputy chair, says “We accept that in the right conditions oxo-biodegradable plastics can breakdown faster than other plastics, but our initial assessment is that these trademarks make representations that go beyond this and may mislead consumers”. The concern is that consumers will be lead to believe that the trademarked stamps refer to food safety and marine life. Environmental issues have been on the radar recently, and it is likely that the biodegradable packaging market will hit $1 billion in the next decade. As buyers increasingly demand companies to have a more positive impact on their communities and environment, it will be crucial that brands not overstep in their promises. (BD)

Hugo Boss accused of ‘bullying’ charity’s use of term ‘boss’ – The UK’s i newspaper has reported on comments from the founder of a charity on trademark-related “threats” from fashion brand Hugo Boss. Specifically, Hugo Boss has voiced concern over use of the term ‘boss’ in the charity name, DarkGirlBoss. The charity’s founder, Khadijah Ward, explained that she is about to launch the brand, as well as a similarly-named book, before receiving a cease-and-desist from Hugo Boss, requesting it not use the word ‘boss’ due to concerns around brand confusion. However, Ward claims the fashion brand is “ridiculous” for sending such a letter, expanding in strongly-worded terms: “It’s essentially a David and Goliath battle. They are acting like dictators that are bullying me and stopping the formation of a new movement to empower black woman. I am up against Hugo Boss who is a luxury fashion retailer and have all the power and money in the world.” As well as comments to the media, Ward is being outspoken on social media too, including one photo stating, “Bite me Hugo”. (TJL)

Fake shopping apps target Singles Day shoppers – Chinese online security company 360 Security Brain has identified nearly 4,000 fake shopping apps hosted on mobile app stores in the lead up to this year’s Singles Day campaign. On top of that, the security company claims that these apps were downloaded to over 300,000 mobile devices in China. These apps most often replicate the name and software design of major brands, including those related to Jack Daniels, Adidas and Calvin Klein. According to 360 Security Brain, such fake apps are potentially more dangerous for consumers than copycat websites. “Their origin is usually unknown, but they present a danger much the same as phishing websites,” states the firm on Nation Multimedia. “They can steal account passwords and bank information, spread viruses or simply cheat users out of their money.” For brand owners, fake apps have been a problem for years – but this example demonstrates that major shopping events like Singles Day and Black Friday require a step-up of enforcement on app stores. (TJL)

Snapdeal introduces a ‘brand shield’ to fight fakes online – Snapdeal, an online shopping site in India, has launched an anti-counterfeiting programme where brands can report fake products which are being sold on the platform. Companies will be able to flag IP-related issues and report violations relating to trademark, copyright, patent or designs. Once submitted, Snapdeal reviews the infringement reports, verifying the information and confirming IP ownership, to take down the counterfeit listings within one business day. This is done in light of the criticism that platforms like Amazon and Alibaba have received as the counterfeit issue continues to persist online. (BD)

Family of late conservative activist lose trademark appeal – According to an article in Reuters, relatives of the late conservative activist Phyllis Schlafly have lost an appeal over a beer brewery seeking registered trademark protection in the Schlafly name. On Monday, in a 3-0 decision, the US Federal Circuit Court of Appeals ruled in favour of Saint Louis Brewery LLC – co-founded by a Schlafly relative – in regards to a 2011 trademark application. In the decision, Judge Pauline Newman claims that the Schlafly name has acquired “secondary meaning” due to the sale of Schlafly-branded beer. In that regard, she adds, surname could be trademark protected. Talking to Reuters, the brewery’s co-founded Thomas Schlafly the decision “is a huge relief”, adding: “It had never occurred to me that my relatives, who had no connection with beer, would oppose a routine trademark.” (TJL)

Health companies in trademark battle – A mental health trust in the UK is facing a trademark battle against a healthcare training company due to use of the term RAID. According to health trade media, Birmingham and Solihull Mental Health Foundation Trust “risks having to pay £100,000 in legal costs if it loses the case” against Leicestershire-based APT Training. An interesting aspect of the case is that the issue was first raised in December 2016, when APT Training highlighted the issue to the trust, which refused to change the name of its RAID service (which stands for Rapid, Assessment, Interface and Discharge). According to the article, APT Training even suggested a relatively simple way to resolve the issue. “We met with the trust and suggested they rename it RAPID, with the ‘P’ standing for ‘Planning’, but they didn’t want to change the name,” explained William Davies, chief executive of APT Training. “The problem is that if someone, for example, searches for RAID online they will get confused because both ours and the trust’s programmes appear. Some people contact us to ask about the difference, but we’re worried about those people who don’t get in touch.” On the flipside, the trust said that the mental health services it provides are “not similar to the goods and services covered by the trademark”. Time will tell how this potentially expensive trademark battle will end. (TJL)

Mexican IPO responds to logo debate – The Mexican Intellectual Property Office (IMPI) has responded to debate – which has raged on both social media and in news articles – about similarities between the new official logo of Mexico City and of the logo used by progressive rock band Neural FX. On Sunday, the band responded to questions over whether similarities between the logos is coincidental, and they dismissed such concerns. “Out of everything that has been said in social networks and media, we take it as a great opportunity, so that more people in the country listen to our musical proposal,” Neural FX said in a statement. “We stay out of any political or religious issue and we always see the positive side of any situation we face.” Nonetheless, question marks remain – and the IMPI responded on Monday that no charge had been made. “There is controversy regarding the design of the institutional image of the next capital city government,” the post states. “So far no complaint or procedure for possible similarities in the images that have been indicated has not been presented to the [IMPI]. Based on this background, the IMPI can not [comment] on a possible infraction.” It’s fairly unusual for an IPO to publicly comment on a trademark-related debate, so such a post from the IMPI represents the high profile nature of this debate in Mexico. (TJL)

Shift in mindset on counterfeiting needed – Counterfeits are here to stay in Asia unless consumers stop using brands to signal their status and identity, Sharon Ng, associate professor of marketing and international business at Nanyang Technological University has argued in a Channel News Asia blog. In the article, which is focused on the buying of fake luxury goods by middle class consumers in Asia Pacific, Ng contends: “As long as there is a gap between haves and have-nots in the society, as long as we measure our worth by the brands we own, and as long as we downplay the behind-the-scenes effort, there will always be a demand for counterfeit consumption….to reduce counterfeit consumption, regulation is not sufficient. A mindset shift is needed.” She is not optimistic about the prospects for such a change in Asia, where “attaining a higher status is the perennial goal of many.” But, Ng suggests: “Maybe attitudes will shift with generational change. There are some preliminary indications from industry reports that millennials and generation Z are more socially aware and less status conscious that baby boomers.” Of course, the difficulty with Ng’s argument is that such a shift in mindset would not only diminish the sale of counterfeits, but could also decrease the volume of genuine luxury item sales. (AH) 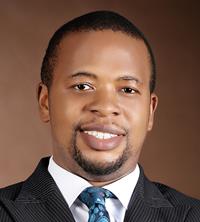