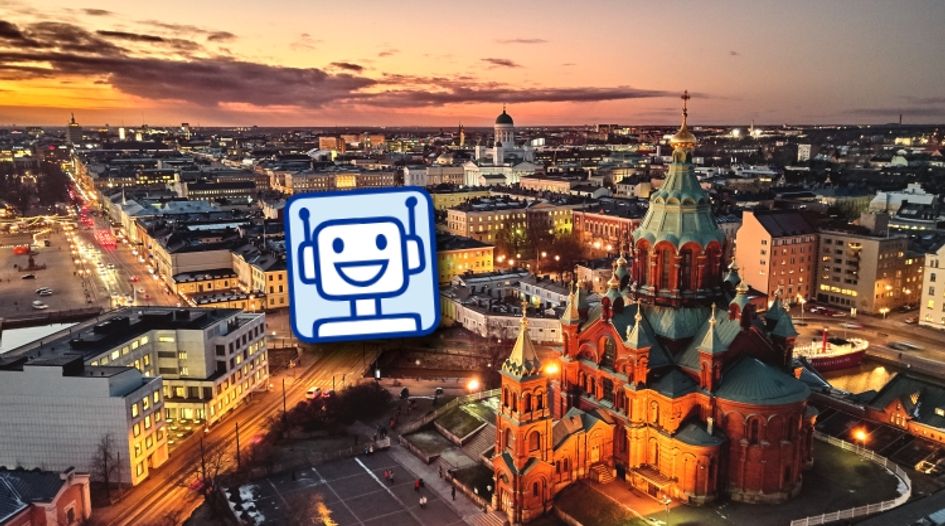 Every Tuesday and Friday, WTR presents a round-up of news, developments and insights from across the trademark sphere. In our latest edition, we look at luxury and streetwear brands deciding to avoid Black Friday discounts, Edible Arrangements filing a trademark infringement lawsuit, a huge counterfeit haul in Paraguay, and much more. Coverage this time from Trevor Little (TL), Bridget Diakun (BD) and Tim Lince (TJL).

Alibaba-owned marketplace pledges fakes crackdown – An Asian digital marketplace owned by Alibaba Group has signed a memorandum of understanding (MOU) with South Korea’s IP regulator, the Korea Intellectual Property Protection Agency (KOIPA). The move by Lazada, which is the largest e-commerce operator in Malaysia, Vietnam, Thailand and the Philippines, represents a significant pledge to tackle fake goods by the company. During the signing of the MOU, a Lazada representatitve refused to disclose the number of fakes that were removed on its platform so far this year, but did comfirm that it is working with stakeholders to improve the process of removing infringing listings. “At Lazada, we respect and collaborate with rights holders in safeguarding their IP through a combination of proactive and reactive measures,” Lazada Group’s general counsel and head of government affairs Gladys Chun told The Drum. “It is incumbent on us to create that trusted space for shoppers and brands, giving them the peace-of-mind that we will always be acting in their best interests.” With brand owners becoming increasingly positive over the strides made by Alibaba Group in the last year, rights holders will no doubt be hoping for similar improvements at Lazada. (TJL)

Businessman calls for Ghana government to step up fight against fakes – A prominent businessman has told an event this week that Ghana’s government could do more to tackle counterfeit goods. Talking at an anti-counterfeiting workshop, Sanjeev Mohan, assistant general manager at Havells India Limited, said that “Ghana can clamp down on the activities of counterfeit electrical dealers through strong leadership from the government”. According to Business Ghana, Mohan further confirmed that Havells planned to launch an awareness campaign to caution people in Ghana against fakes, adding that he “wanted the Ghanaian government to add their voice to it”. (TJL)

Major food companies target consumers with small “stealth” brands – A wave of new products have emerged which are purposefully advertised and branded to have the appearance of a startup, although they are actually made by major food giants, reports StarTribune. Companies like Quaker Oats, owned by PepsiCo, Nestlé and General Mills have launched product lines which reflect down-to-earth, authentic brands, and have also ensured that the affiliation between these products and the parent company are difficult to determine. According to a Pacsetters report, over a quarter of the top-performing food launches last year were from smaller companies earning less than $1 billion. Smaller brands have had a wave of success because of their ability to relate to the consumer, and buyers are increasingly attracted to these sorts of startups because of their authentic image. “Stealth brands” are a way for food companies to appeal to a growing consumer group, without compromising on other facets of the business. (BD)

Luxury and streetwear brands take to the sidelines during Black Friday sales – Mass brands and retailers had enormous success during last week’s Black Friday, however, high-fashion and streetwear brands sat out from the frenzy, hesitant to tarnish their reputation of exclusivity. Glossy reports that companies such as Gucci, Chanel, Louis Vuitton, Hermés and Rolex offered no discounts on their products during the sale period. Understandably, the target market for luxury products is quite different than mass retailers, and while there is no doubt that discounts are an effective way for retailers to increase sales activity, the business goal of luxury goods is to maintain its reputation. Jian DeLeon, Highsnobiety’s editorial director, argues: “Markdowns can almost deter [luxury goods consumers], as it mars the aspirational appeal of a brand or product”. While Black Friday may be an opportunity for a number of companies to boost profits, participation in this event can have a negative effect on luxury brands who rely on their reputation to attract consumers. (BD)

The return of How-To Videos and its use in branding – How-to tutorials are an easy way for brands to engage with consumers, and the Content Standard highlights the importance of this method in video content marketing strategies. It’s a simple concept, content that immediately answers a consumer’s question will help establish a relationship between the brand and the buyer. Many people find the customer service experience to be quite frustrating - as would anyone who has sat on the phone for 30 minutes without getting any answers - and a study found that 68% of customers would rather watch a help video instead. Short video content is an easy way to engage and establish a relationship with the consumer – and if a brand creates such helpful content, it allows it to control use of its trademarks rather than waiting for third-party creators to fill in the content gap. (BD)

Edible trademark ‘being misused’ – According to an article in Reuters, Connecticut company Edible Arrangements has filed a trademark infringement lawsuit against Florida rival Decofruta Corp. Both companies specialise in “floral-like fruit arrangements”, and Edible Arrangements accuses Decofruit of copying “multiple aspects” of its IP, including use of the word “edible”, which it has a registered trademark in. The suit was filed in Miami Federal Court earlier this week. (TJL)

Finnish IP office releases chatbot – The Finnish Patent and Registration Office (PRH) has released an early version of a chatbot to offer advice on IP and brand building. According to the press release, the chatbot – released alongside similar AI services from Finland’s immigration and tax departments – is being trialed until June 2019. Called PatRek, it offers advice in English rather than Finnish because an aim of the initiative is to target foreign entrepreneurs. “We are creating opportunities for a more extensive enhancement of customer service with the help of artificial intelligence,” commented Kirsi Lahtinen, head of customer and information services at the PRH. To try the PatRek chatbot, you can access it on the PRH’s website – and yes, it has the correct answer when asked for the meaning of life. (TJL)

Paraguay IP office move results in huge fakes seizure – The Intellectual Property Office of Paraguay (DINAPI) has announced a huge counterfeit raid conducted through its General Directorate of Observance. It follows a complaint made to local authorities of the Paraguay’s public prosecutors office, and resulted in the seizure of over 67,000 fakes products – with the detainment being made at customs in the port city of Ciudad del Este. The goods infringed on brands including those related to Disney, Marvel, DC Comics, and Sega. (TJL)

Oman IP office presses importance of trademarks – The Intellectual Property Department of Oman has released an extensive article on its website to encourage local traders and manufacturers to consider registered trademark protection to protect their products and services. According to Ali bin Hamad bin Saif Al Mamari, head of the registry, there has been a rise in local traders using well-known international brands. “Recently, some traders have been found using trademarks without protecting them through the Ministry of Commerce and Industry – this is a reason for violation of their rights by others, while some trademarks are designed like those of other famous entities. Therefore, such applications for their protection are being rejected by the ministry.” Such a post appears to demonstrate that the office has had to repeatedly refuse marks or is seeing local traders facing trademark oppositions from foreign entities – and, if shared widely, should prove helpful for local businesses. (TJL)

JPO releases anti-fake campaign – The Japanese IP Office (JPO) has launched a major new campaign encouraging young people to avoid fake goods. On its website, the JPO claims that young people in Japan – specifically those in their early 20s – are buying more counterfeit goods due to easier access on marketplace apps. One interesting aspect of the campaign is research carried out by the JPO in preparation for the awareness campaign. “We conducted a questionnaire to young people in their early 20s, and about 80% answered that they disliked friends who show off, while about 70% answered that they do not pay attention to friends who bought fake goods,” the office states. Therefore, videos created for the campaign are built around that theme. One of the videos, which is available on YouTube with English subtitles, has someone confessing she purchased a fake bag on a flea market app, with friends outwardly complimenting the bag – but with the inner thoughts of the friends concluding that it is “not cool” and “cheap” to buy fakes. The campaign is built around a special website and digital signs at major train stations, and is supported by numerous parties, including the country’s National Police Agency, Ministry of Internal Affairs, Ministry of Justice, Ministry of Foreign Affairs, and Ministry of Agriculture. On the face of it, the campaigns and video adverts are very well produced, and is a positive step in encouraging young people in Japan to think twice before purchasing counterfeit goods. (TJL)

INTA announces winners of its most prestigious awards – The International Trademark Association (INTA) has announced the winners of its 2018 President’s Award, 2018 Volunteer Service Awards, and 2018 Tomorrow’s Leader Award. The President’s Award went to IP attorney Kathryn Barrett Park, who has been an active member of the INTA for over three decades – including serving as INTA President in 2003. She recently retired from the General Electric Company, where she was general counsel for marketing for over 17 years. Meanwhile, the Volunteer Service Awards went to numerous counsel who “have gone beyond their regular duties as INTA volunteers in their service of the association and the broader public”. The Tomorrow’s Leader Award went to two professionals – Mina Jovanović from Živko Mijatović & Partner in Serbia and Gaurav Bhalla from ALG India Law in India. The full list of winners can be found here. Concluding the awards, INTA President Tish Berard said: “Each year, we’re honored to celebrate the incredible achievements of our members whose tireless efforts and substantial contributions advance INTA’s objectives and leave a positive impact on the global intellectual property community.” (TJL)