Final chance to make nominations for the WTR Industry Awards 2019

The nomination window for the WTR Industry Awards and WTR 300 closes on Tuesday 11 December. Act now to let us know who you regard as the world's leading in-house trademark professionals. Nominations will help us identify the individuals and teams to be honoured in next year’s WTR Industry Awards, as well as practitioners to feature in the third edition of the WTR 300. 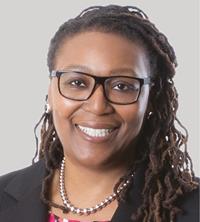