Fighting the supply of and demand for counterfeit goods

The interplay of trademarks and other IP rights has become increasingly complex with globalisation and the expansion of the digital economy. A brand’s survival in global and digital marketplaces requires a multifaceted strategy, with numerous IP elements working together with trademarks to protect both consumers and brand owners across multiple jurisdictions. Today, this is why enforcement and the advancement of IP rights necessitates an equally complex strategy and involves all stakeholders acting in unison.

Governments are beginning to appreciate the need to protect their home brands’ intellectual property as a vital component of the national economy. Trademarks and other intellectual property have become the leading asset class for companies regardless of their size. According to Ocean Tomo LLC, the S&P 500 market value of intangible assets grew from 17% in 1975 to 84% in 2015. Counterfeiting:

There is a strong incentive for government to:

Counterfeiting is on the rise despite robust efforts by the global IP community to address the supply of fake goods. As important as this work is, just as with legitimate goods, there are two drivers behind the production and sale of counterfeits: supply and demand. The battle against counterfeiting requires all stakeholders to address the issue on both fronts.

According to The Economic Impacts of Counterfeiting and Piracy (published in 2017 by INTA and the International Chamber of Commerce Business Action to Stop Counterfeiting and Piracy), the estimated value of international and domestic trade in counterfeit and pirated goods is expected to reach between $1.9 trillion and $2.8 trillion in 2022, an increase of between $710 billion and $917 billion since 2013. This does not include the wider economic and social costs, estimated to reach approximately $1.5 trillion to $1.9 trillion (which includes fiscal losses, costs of crime and the displacement of legitimate economic activity). Moreover, an estimated 5.4 million legitimate jobs are expected to be lost in 2020, up from 2.6 million jobs lost in 2013.

Today, criminal networks are also part of the larger threat. They operate complex networks similar to the supply chains of legitimate business to manufacture and distribute illicit goods globally. The expansion of the Internet is also facilitating these criminals’ illegal activities and fuelling an increase in counterfeiting. With more than 1.5 billion websites in existence and extensive use of social networks, counterfeiters can anonymously reach billions of consumers online. Criminals prefer to sell counterfeits online for many reasons:

Compounding the issue, seizures of small consignments are on the rise. In 2017, for example, 76% of counterfeit products intercepted in the European Union alone were sent via post (Misuse of Small Parcels for Trade in Counterfeit Goods, 2018). There is a direct correlation between the rise in online counterfeiting and the increase in small packages seized at the borders. E-commerce also allows counterfeiters to ship goods directly to consumers globally in small packages. This places a major burden on customs officials and poses practical and budgetary challenges for brand owners.

The resulting harms of counterfeiting are clear:

The issue is bigger than any one sector can tackle alone. Anti-counterfeiting must involve collaboration between brand owners, government authorities and various third-party stakeholders – this includes:

Addressing the supply of counterfeit goods

Anti-counterfeiting and trademark enforcement are priorities for INTA and its global membership. A member-driven Anti-counterfeiting Committee (ACC) leads INTA’s enforcement activities to address the production and sale of counterfeit goods. The ACC is a network of 320 members around the world who provide INTA with local expertise and are on-the-ground advocates. The ACC’s priority issues are:

The ACC tackles these issues through policy development and advocacy initiatives, including:

INTA also conducts customs training that brings together police and customs officers with brand owners who show enforcement officials how to differentiate fake from genuine products. INTA is currently working on a pilot project to conduct such training online.

Brand owners and intermediaries are also working together through INTA to advocate for stronger anti-counterfeiting policies. Representatives from Amazon, Facebook and Google serve on INTA’s board of directors. In addition, representatives from all three of these brands, as well as eBay, currently serve on the ACC.

Collaboration and open discussion between all stakeholders are imperative in the fight against online counterfeiting. In 2019 INTA held nine policy dialogues in China, Indonesia, Italy, Japan, the Netherlands, South Africa and the United Arab Emirates. It also held anti-counterfeiting policy dialogues for enforcement officials between neighbouring countries in the Caribbean. These events served to promote communication sharing between the Dominican Republic and Trinidad and Tobago, and between Curacao and Jamaica. In South America, policy dialogues focused on landlord liability in Uruguay, Argentina, Paraguay and Brazil. INTA also hosted a regional customs workshop in south Asia, with enforcement authorities from Bangladesh, India, Nepal and Sri Lanka. In December 2019 INTA held an event in Belgium, bringing together policy makers from EU institutions and brand owners from the consumer goods, pharmaceuticals, toys and motor-vehicle spare-parts sectors.

Since 2016, INTA has leveraged its annual meeting to focus on counterfeiting and enforcement. INTA continues to hold one-day anti-counterfeiting workshops. These workshops involve closed-door meetings for the brand owners, internet service providers (ISPs) and government officials, after which the three parties come together for a group discussion.

The ACC also develops resources for INTA members and the other stakeholders in the community. For example, in November 2017, INTA published its updated guidelines on ‘Addressing the Sale of Counterfeits on the Internet’, covering:

Members of an ACC online project team are currently working on the ‘Social Media Rights Protection Mechanisms’ study and report. They are reviewing the available policies and right protection mechanisms offered by 21 social networks, with the end goal of providing brand owners and ISPs with findings and recommendations for social media anti-counterfeiting efforts. The project team will next review e-commerce sites and look to present their findings at the anti-counterfeiting workshop at the annual meeting.

Counterfeiting is not simply a matter of the production, shipment and sale of fake goods. It is also linked to organised crime, money laundering and threats to public safety. Given the broad scope of the issue, many government agencies at a national level approach counterfeiting in isolation, without developing the expertise to tackle the complexities of the crime.

Europe’s IP Crime Coordinated Coalition is an example of a multi-jurisdictional IP rights coordination centre. Launched in 2016 by Europol and the EUIPO, it provides operational and technical support to law enforcement agencies globally by:

Addressing the demand for counterfeit goods

Anti-counterfeiting necessitates a plan that complements the efforts to eliminate the supply of fake goods by addressing their demand. To do so effectively, all parties involved in this battle must broaden their approach to counterfeiting. Influencing consumer behaviour is no small feat – it involves helping consumers to understand both the negative affect of counterfeit goods as well as the positive role of intellectual property in society. This will provide opportunities to:

INTA’s primary focus in this endeavour is the younger generations, who are still forming their shopping habits. Among which is Generation Z, which, as of 2020, is the largest consumer group globally. INTA’s Gen Z Insights: Brands and Counterfeit Products study, published in May 2019, explores the relationship that Generation Z consumers aged 18 to 23 have with brands, and their attitudes towards, and perceptions of, counterfeit products.

Among the study’s key findings, was that between November 2017 and November 2018, 79% of Generation Z individuals globally purchased fake products. Even though almost half of Generation Z say that they are morally opposed to purchasing counterfeit products, for many the act is morally ambiguous. Often applying a lens of situational morality to their purchasing decisions, practical considerations such as income often overtake moral ideals. The Gen Z Insights study revealed that income trumps morals by 10%.

At the same time, however, 91% of the study respondents said that they are open to changing their views based on new things that they learn. This presents an opportunity to educate, shed light on the realities behind counterfeiting, influence behaviour and ultimately reduce demand for fake goods.

INTA is educating young consumers through its Unreal Campaign – a committee-led consumer awareness initiative that educates young consumers on the value of trademarks and brands and the dangers of counterfeit goods. Since the campaign’s inception in 2012, INTA members have presented the Unreal Campaign to nearly 40,000 students. Hundreds of thousands more have engaged with the campaign on social media.

As more and more INTA members engage with the Unreal Campaign and hold educational presentations in schools around the world, the campaign has enormous potential to curb the demand for counterfeit goods on a global scale.

Globalisation and the spread of the Internet are leading to an increase in counterfeiting worldwide. Counterfeiters have become highly skilled criminals, leveraging similar strategies and the same technologies as legitimate businesses to expand their enterprises and reach consumers in every corner of the globe.

The supply and demand for counterfeit goods must be addressed. On the supply front, it is INTA’s view that centralised IP rights coordination centres will provide the most effective approach. INTA seeks to support governments in all their anti-counterfeiting and enforcement efforts, as well as in the creation of IP rights coordination centres, whether national or regional. On the demand front, all stakeholders must take advantage of opportunities to raise awareness of the dangers of counterfeit goods among all consumers, especially the younger generations still forming their purchasing habits.

Anti-counterfeiting and enforcement necessitate cooperation and collaboration across borders and among all stakeholders. The response must be tactical, coordinated and multifaceted, with all stakeholders acting in unison towards a common goal. 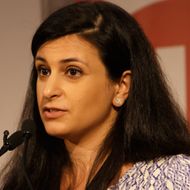